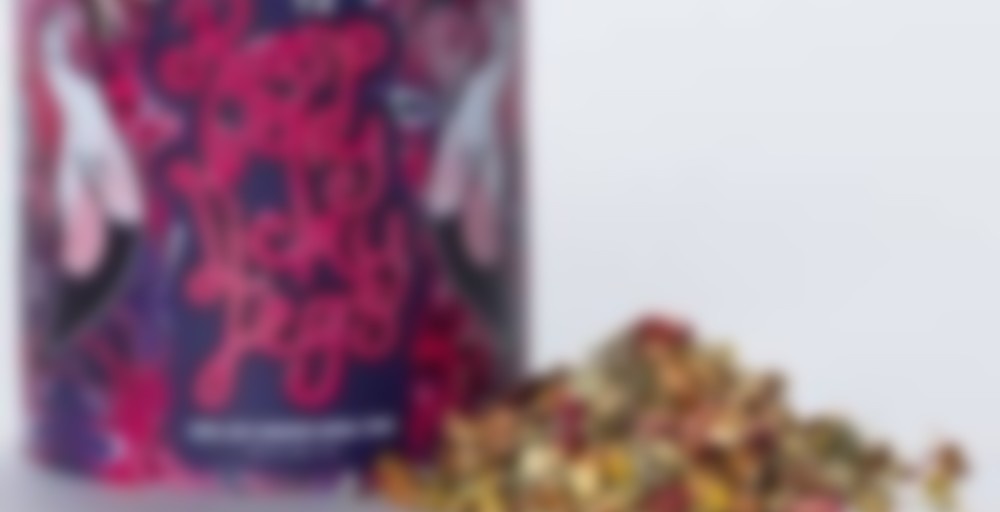 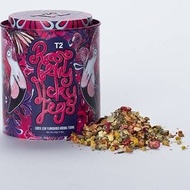 Ok – I’m just gonna say it, Raspberry Licky Legs is a terrible tea name. It just sounds revolting. Is that an actual thing in Australia? Like a candy or something!? I’m imaging that the ‘licky’ in ‘licky legs’ is supposed to be like licorice since I’ve seen that done by other tea companies – but it’s still unfortunate.

This was a weird tea, regardless of the name, though – the dry leaf smelled really nice: a bright raspberry note with the sweetness of licorice making it pop a little more, without being too licorice. Kind of reminded me of the smell of Red Vines, but more raspberry? However, steeped up there was a very strange savory/brothy element to the infusion that really through me for a loop – like drinking an infusion of very sweet, smooth liquid raspberry flavoured red licorice if someone had spilled just a bit of chicken noodle soup in the cup. Started off good, then just moved to a very weird place. Also some floral chamomile notes; which felt out of place too and just aren’t my thing in general.

Thanks for sharing this one VariaTEA – it was an interesting experience, and a really unique tea but I just don’t think it’s for me.

Commenting to add that I just saw the tin art for this tea, on the Steepster entry for it, and that put me through a whole rollercoaster of other emotions. It’s generally a pretty cool design, but the birds(?) definitely have a testicle like appearance at a glance…

Fitting if the contents were teabags.

Thank you for sharing Cameron B! Apparently, I did not look closely when I asked for a sample of this because if I had I would have realized the “licky” means licorice which is not an ingredient/flavor I enjoy in tea. However, I don’t usually enjoy the flavor at all and yet there is a Raspberry Anise jam from Kitten and the Bear that I love despite thinking I would hate it so I suppose this tea could surprise me too…

Well, it is not terrible. I was expecting the worst and I was pleasantly surprised that I did not hate it. With that said, it is not my favorite either. Not because of licorice, as that is not overwhelming here, but rather it is because of the chamomile. I could see this tea being soothing for those who are into these flavors but I am not the target audience. Still fun to try!

I don’t think I would have picked up on Licky = licorice either. Before I read your note, I was going to comment that it made me think of grasshopper legs (idk), which didn’t sound appealing either.

I love licorice root! But I am one of those people that doesn’t care for chamomile if it is a dominant flavor note.