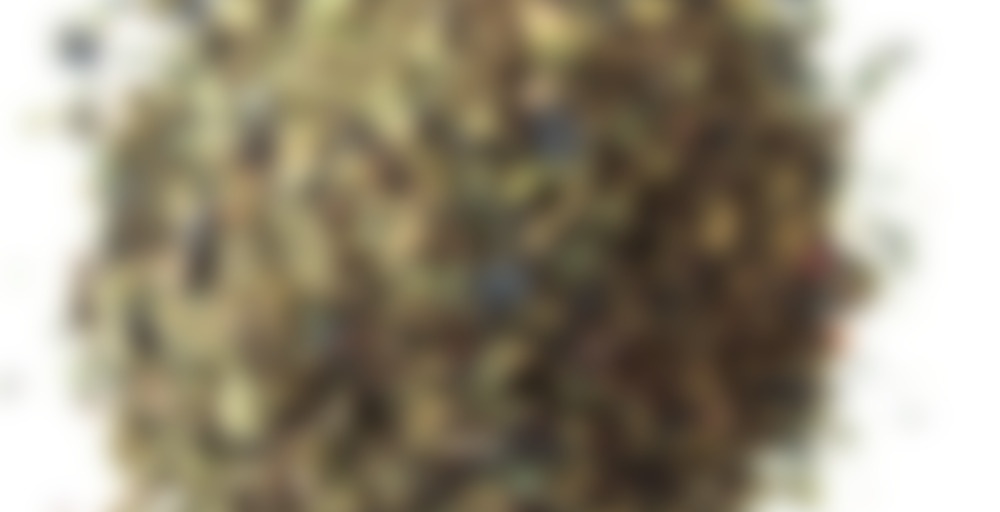 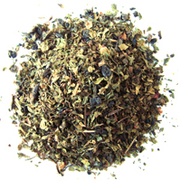 This tea is the tea of true friendship and hospitality. An aromatic blend of wild Moroccan spearmint blended with Chinese gunpowder green tea. Energizing and very refreshing.

So I’ve got three green tea-mint blends on hand right now and I’ve decided to do a head to head comparison: Berber by Tay Tea, Moroccan Mint by Teavana, and North African Mint by David’s Tea. One of the few green teas I’d like to keep around would be one with mint, so I’m trying to pick which one. Both Berber and Moroccan mint are just spearmint with gunpowder green tea, while the North African Mint has cardamom, peppermint, ginger, Japanese-style Hojicha green tea, licorice root, fennel, clove, and black pepper. So, it’s not really a valid comparison, but this study doesn’t have to pass peer review so it’s happening :-P.

This one is is the most minty in both smell and taste. The spearmint really dominates in an almost toothpaste-y way. I can’t taste tea at all, except that the mint is a little softer than it might be on its own.

The winner for me is, shockingly, the Teavana version!

A really minty blend. It smells like spearmint gum. But I’m happy to say that the flavor of the gunpowder green comes through, this isn’t so minty that I’m tasting toothpaste. It’s a strong mint note with a sweet, lightly vegetative taste of green tea. Very refreshing and smooth.

Clean and fresh tasting, it is a revitalizing tea. I enjoyed this one … I’m glad that Amoda included it in the April Box. sigh I’m going to miss my Amoda box!

I cold steeped this one yesterday morning when I finished the tea in my carry mug. It worked very well for me to do this, because then I had a cold tea to take with me when I left the office.

The spearmint in this really shined when cold brewed. Very nice.

This was a surprise tea, but I like it. It’s what it promises to be – spearmint and green tea and a little gunpowder. Good! (I’m just so tired today – I don’t have words)

This tea is smooth and delicious, It is one of my favorite teas that I’ve tried, and is excellent sweetened!