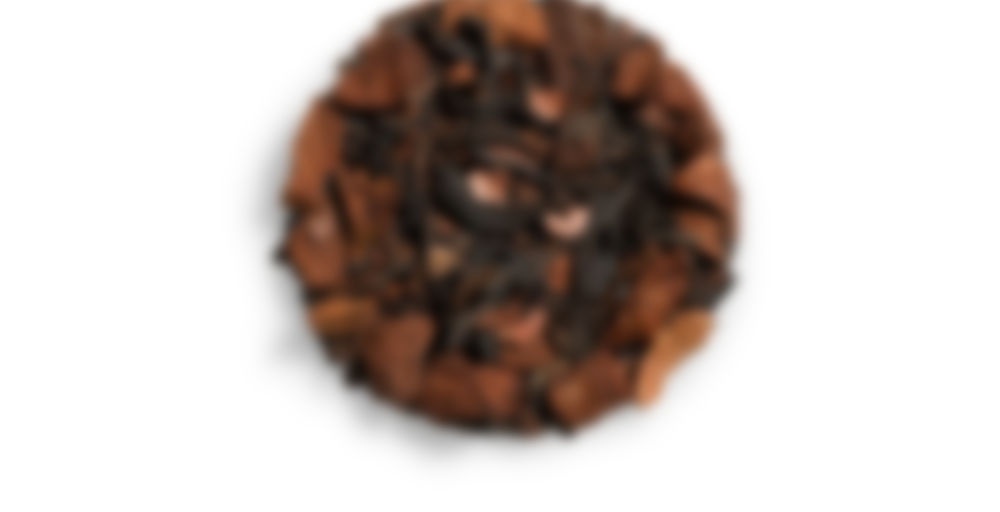 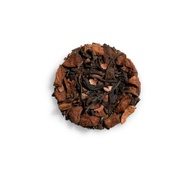 This blend of black teas and roasted yerba maté bounces across your tongue, then sticks the landing with a triumphant, cocoa-peel finish. And with every sip, an ordinary day starts to feel just a little more frolicky. Hey, is that a spring in your step?

The first time I prepared a pot of Tazo Pogo, I found the brew less than appealing and ended up using it as the liquid for a chocolate rice pudding, which ended up being delicious.

Today I opted for a single cup not a pot, and I was somewhat more prepared than last time. Pu-erh and chicory impart a dark, almost subterranean quality to this brew. The scent of the dried blend is highly redolent of chicory, for better or for worse, depending upon one’s estimation of chicory. I suppose that mine is pretty low. Chicory is used to cut coffee—most famously in the French Quarter in New Orleans, but it’s definitely an acquired taste and works best served with powdered-sugar-dusted beignets.

In Pogo, the brewed tea does not really taste like chicory so much—at least not after it’s been doused with light cream, which for me is a necessity to the appreciation of this dark brown liquor. There is a real richness to it, an almost chocolate texture, though the flavor is far more complex and not at all sweet. Basically I find it indescribable, but I did enjoy this cup.

This blend seems intended for pu-erh gringos like me!

“subterranean” is such a good word to describe the earthiness of pu’erh. Fair warning I’m stealing that description. :))

“This blend seems intended for pu-erh gringos like me!” I fell in love with DavidsTea Coffee Pu’erh way back when I didn’t even know what pu’erh was. That was the one that eased me into a fascination with it. I now have several cakes – I love it.
Hope you can find others to ease you into the wonderful world of pu’erh.
Thanks for letting me steal your word… :))