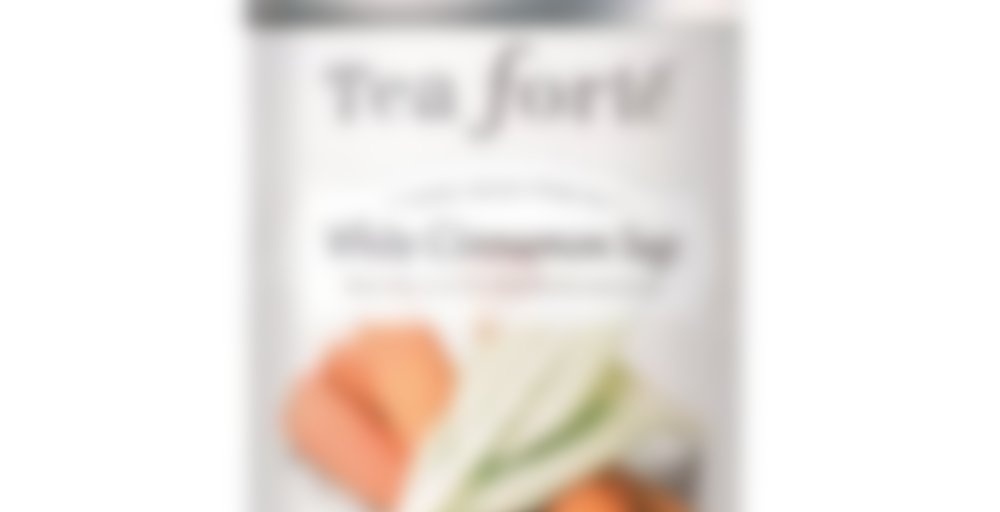 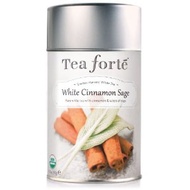 This refined organic rare white tea is heightened with the zing of cassia cinnamon and an undertone of wispy sage. Balanced with the roasted taste of South African Cape honeybush for an exceptionally crafted cup.

A tea that smells and tastes just like its name, imagine that! The main flavor is cinnamon but it’s not overwhelming, the other ingredients are there in the background and they make a good blend. (Unfortunately I had a bit of a mishap with the loose tea, so it’s a slightly chewy cup, but still pretty good.)

This came as part of a “single steeps” sampler, but this packet actually was 1 serving, unlike the last “single.” I may eventually get a tin of this as my go-to for cinnamon tea, if it’s still on sale.

Another combo I never expected to work, but turned out amazingly.

The savoriness of the sage mixed with the subtle floral flavor of the tea and natural, smooth cinnamon makes for a shockingly good tea latte, or just as a hot tea. Cold less so, but this is the first Tea Forte product I can say I loved.

Today is a rainy Halloween in California. I’ve already seen some trick or treaters floating around downtown. Adorable. So when I got back home from being out in the rain, I needed a nice, warm cup of tea. I had this sample sent to me by another Steepsterite who I can’t remember, but thank you!

Anyway, as soon as I opened up this package, the cinnamon and sage scents hit me like a brick. My first thought was that it smelled like a Christmas candle. Actually, I would love to have this as a holiday candle. After steeping it up at a low 175 F, I can confirm that it does taste exactly how it smells and how it is described: cinnamon & sage. I think the cinnamon was more prominent when the tea was piping hot and the sage slowly came out as the tea cooled a bit. Normally, it wouldn’t be my pick of flavors for a tea, but in this almost wintry weather, it’s actually quite nice to cozy up with. I’m drinking this while watching Parenthood on Netflix, so it’s turning out to be a nice, cozy afternoon all around.