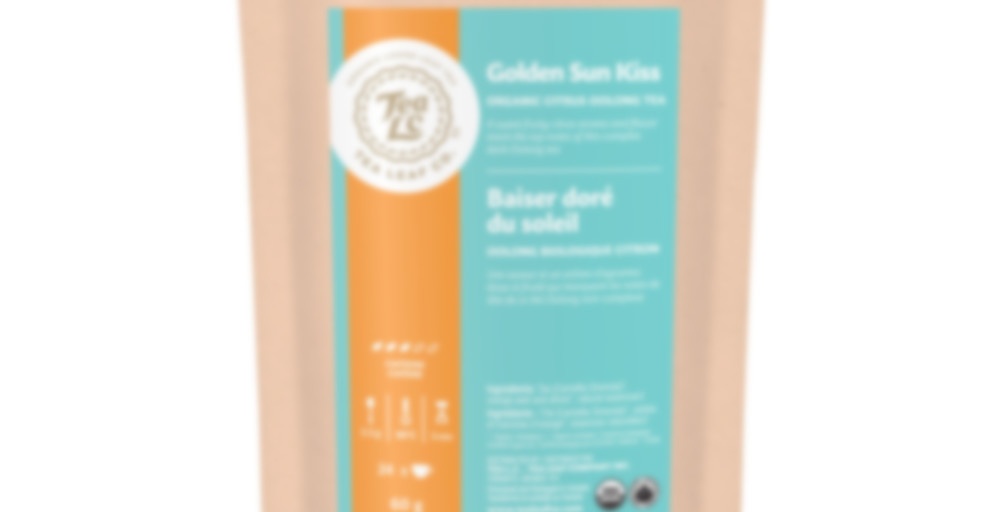 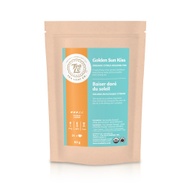 A sweet fruity citrus aroma and flavor mark the top notes of this complex dark Oolong tea. It’s a perfect compliment to the citrus essences added to this high-grade tea. An earthy but bright infusion and mouth-watering flavor profile that may catapult this Oolong blend to the top of your favorites.

I’m back, baby! Yeah, yeah, I had to start out with a Futurama quote, I mean how could I not? I am typing from my new computer and Bender is a walking computer, so it fits. It is good to have my own computer again, even if technically I am renting it until I have it paid back, well kinda, I am telling Ben it is our computer meaning he can use it whenever he wants, and once I have it paid back it will be mine, all mine, MWAHAHAHA. Yours truly is weird when it comes being in debt, and Ben makes sure to tell me I am being ridiculous quite often. The computer is pretty great, I have determined that I can definitely play Minecraft on it (thank the tech gods!) and the keyboard is the perfect size for my tiny hands. However this computer has possible the worst speakers and mouse I have ever used, the speakers I have an immediate fix for, but I lack an external mouse. I plan on somehow scrounging up some money and buying a Logitech Trackball mouse again, it was the one I used for years with my old desktop and I adored it.

Enough of the computer talk though, this is not a tech blog (well it is kind of a geek blog) it is a tea blog, and it is always time for tea! Today’s tea goes out to all my snowed in people on the East Coast (I am so jealous of your snow) Tea Leaf Co’s (Tea LC) Golden Sun Kiss, Organic Citrus Oolong. This is a blend of Oolong (specifically from Wuyi) Citrus Peel and Slices, and Natural Essence. The essence made me rather excited, because it means that most likely the tea will smell like intense citrus instead of the bathroom spray favored by my grandparents once upon a time (best bathroom air freshener ever, but do not want my consumables tasting like it) now don’t get me wrong, I have no problem with artificial flavors and such, I love candy as much as the next person, there are just certain flavors that I do not like, and orange is one of those. So, giving the leaves a sniff and whoa, hello Orange Julius! In case you live in part of the world where those don’t exist (I am so sorry) it is a mix of ice cream and orange juice for a super creamy cup of yum…you can also say it smells like orange sherbet. It very much so mixes creamy notes and orange, under these notes are delicate honeysuckle and a tiny touch of earthiness. Me likes the way this smells, but I am a sucker for Orange Julius (Julii is the correct plural I believe.)

I decided to go Western style for this one, though it was tempting to brew it Gongfu style because it is an Oolong and I find myself always drawn to breaking out the gaiwans. The leaves look quite lovely in my little steeping apparatus (if I start calling it the Alchemy steeper, will you know what I mean, I use it so often that hopefully so.) The leaves have that same delightful Orange Julius aroma along with pepper, sweet cream, distant blooming honeysuckles and a touch of orchids, and lastly a tiny bit of grapefruit. The liquid, well, I burned the tip of my nose because I stuck it in the tea, such a graceful creature am I! The aroma is very sweet, a blend of cream, a touch of citrus, and a distinct aroma of orange blossoms, it is delightfully floral and citrus, reminding me of my orange blossom water that I occasional bathe with. The very definition of decadent.

So funny story, as is usual I tasted this tea and wrote notes about it before I wrote the blog, at the time of tasting (it was yesterday, as those who instagram stalk me know) Ben was home, relaxing a bit before work, when I take my first sip and make such a racket that he insisted on having some, at first I refused to share and then relented. I was reluctant because about I would say 80% of Oolongs Ben does not care for, but he took a sip and said ‘That actually tastes really good’ and handed my cup back to me. So always nice to find a tea that one of the most picky tea sippers I know actually likes. As for how it actually tastes, well, it tastes like an Orange Julius mixed with delightfully floral tea, it is primarily fresh oranges and vanilla cream, this creaminess lasts into the midtaste, and the the finish is flowers. Specifically it is a blend of orange blossoms and honeysuckle, the honeysuckle lingers into the aftertaste for quite a while. In case you are a person who wants a little tea romance for Valentines Day, Tea LC is having a neat little Teagram promo, always a fan of themed promotions.

For blog and photos: http://ramblingbutterflythoughts.blogspot.com/2015/01/tea-leaf-co-golden-sun-kiss-tea-review.html

If you’re jealous, send a truck and you can have a few tons of snow from my driveway.

Hehe, I am tempted! I love snow, but this year Kansas City has gotten like two inches, tops.

That tea sounds sooooo goood! My daughter made a berry smoothie today, which for some reason has made me think of orange julius all day long (seriously, typing this out right now is making my mouth water.. haha!).