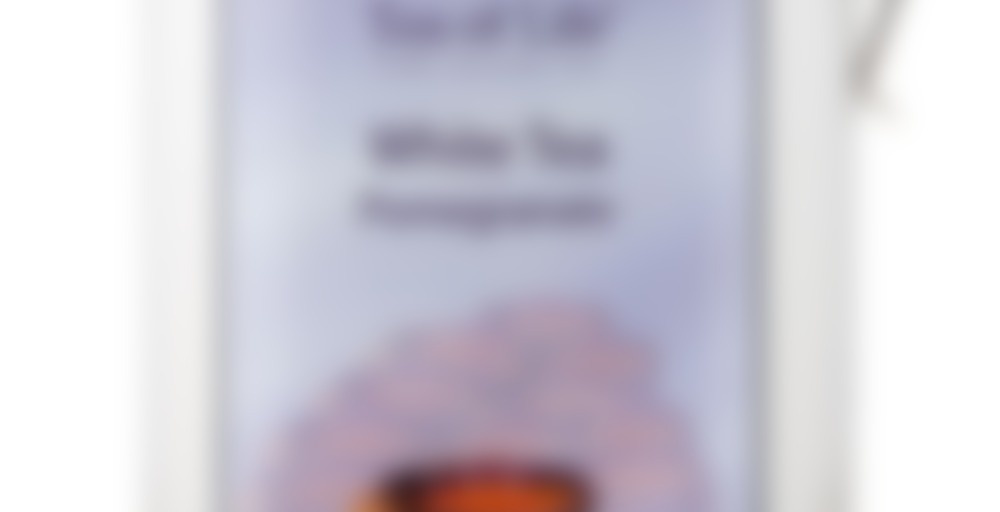 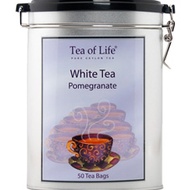 From Tea of Life

“Tea of Life” is proud to add another line of “Ceylon Tea” in flavors of your choice. These teas are grown and processed on some of the more prestigious plantains in the hill country of Sri Lanka and at “Tea of Life” we take special care in flavoring and packing these teas.

About Tea of Life View company

I cold-brewed this tea again. This is now in my top 5 cold brew teas! So delicious, refreshing, and light. I love the slightly sweet berry taste to it. It isn’t tart either. mMmm.

I’ve seen this tea in the store before but I always gave a it pass thinking that it was just another fruit tea that used a bunch of hibiscus to replicate the tart fruit flavours of the pomegranate. It wasn’t until I got a few bags of this tea in a swap that I was proven wrong. Firstly when I added the water there was no tell-tale bleed of red – the tea stayed a soft, pale-golden hue the entire time it steeped.

The flavour is lightly sweet and fruity – I wouldn’t say it’s quite real pomegrante, but it’s a heck of a lot closer than the hibiscus blends usually are. It’s still quite a natural-tasting tea, delicate and subtle. It would be lovely iced, I think.

I had to be a bit more gentle with making this cup of tea than I’m used to. Because of the gentle care I had to take to infuse this tea, I was worried that the flavor wouldn’t be much of a pay off. Taking the first sip of tea, however, I can see that I had nothing to worry about.

I won’t lie, I got this tin at T.J Maxx, mainly for the pretty tin that it came in. Don’t judge me. When I got the deal home, I started to worry about the actual quality of the tea I had bought. I didn’t want a flavorless cup of tea, so I allowed the tea bag to infuse for thirty seconds longer than the instructions told me to. Tasting it, I can see that I probably could have gotten away with just letting it infuse for the two minutes that the instructions said to do..

I was afraid that it would taste gross, artificial, but drinking it gives you a good blast of white tea and, as the title suggests, pomegranate.

Unlike the last two cups of tea I ended up dumping down the sink, this tea doesn’t need a sweetener to make it drinkable. No; even though I am sure that it would enhance the already yummy flavor, it is still great to drink as is, freshly infused.

I’m not the biggest fan of white tea, but I still love this tea. I think I would enjoy tasting this brand’s other Ceylon teas as well, and it was a great idea, after all, to buy the tea and not just the cool tin it came in.

Very nice! My sister actually found this at Marschall’s of all places. Weird. At any rate, I love a good white tea, and the pomegranate was not at all too sweet, as I’ve experienced in the past with other pomegranate flavored teas. Seemed a waste to only steep it for the recommended one to two minutes, so I went a bit longer. Then I just added a bit of sweetener and went to town!