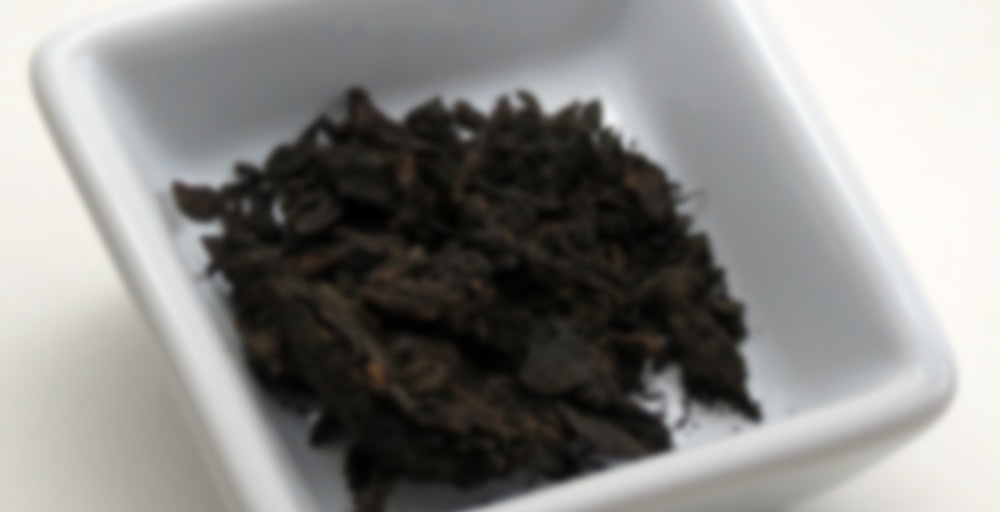 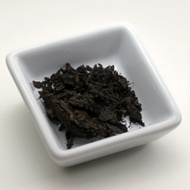 by Tea Setter
87
You

This is the first pu-erh tea I ever tasted that caused me to put down my cup and say “Wow!” The taste is surprisingly light compared to other pu-erh teas but so full of many flavor notes with a perfectly subtle sweet backend. A near perfect tea. Grown and processed in the Yunnan Province of China this tea has been aging since 2010.

Yum, this pu’er is fantastic! It is surprisingly on the light side and easy to drink. I’m thinking this pu’er is the opposite of Mandala Tea’s “Special Dark”.
There are sweet amber and vanilla notes. Loads of creamy textures. Hardwood and tobacco notes. Crazy good aftertaste that is really strongly floral apricot.

You’ll miss that aftertaste if you drink this tea too fast – ya need to take your time with it, despite its easy to drink lightness.

I’ve tried Tea Setter’s Sweet Fragrance Pu’er and this so far, and I feel the EAGP is my favorite! Love the aftertaste and the mass creamy and vanilla flavors. I might have to get more of this tea!

I’m not usually one for young, cooked pu-erhs. A lot of the time, they have this fishy, composted taste that I just don’t find appealing. Aged about five years or more, they take on more earthy characteristics. This was…something completely different. A cooked pu-erh without a fishy taste. It was woodsy, minty, and strangely herbaceous – reminding me of echinacea and cinnamon bark for some reason. A smoky underpinning also kept me sipping.

A peculiar and taste-worthy pu-erh.

ooh, the only newish shu i love (agree with you so far about the fishy thing) has mint and woodsy stuff going on too, yum. bookmarking!

Although Ethical Agriculture’s Pu-erh is “wild grown,” it bears a very un-wild, refined aroma before you steep it. You couldn’t call it “sweet”–more like quietly dignified. A tea with self-respect. It won’t dump you in a Cabin in the Woods, as might happen with the others. It’s only when you have the drink steaming in your cup that you can go back and say, “Yep, we’ve got sweetness here!” The dusky gold liquid gives Sweet Fragrance a run for its money.

Your first infusion is pretty airy, but be on the lookout for endearing little fruity hints. We’ve got the usual pu-erh smoke setting it all off, but don’t be surprised when some tangerines take you for a mango tango, bumping into guava on the way. It’ll make you forget how dry pu-erhs can be. (Don’t forget to hydrate with these!)

On the next few cups, your now-darkened tea really puts those initial flavors out on the dance floor. If you let it cool a bit… Full review: http://snooteablog.com/2013/09/11/snooty-tea-review-tea-setter-round-1/

Several months later, after trying more puerhs, I’m giving this one another shot. It’s definitely better than any of the others I’ve tried so far. The dry tea leaves smell like dried tobacco leaf. It’s slightly sweet going down and does, like others pointed out, have lingering notes of apricot. It is earthy and mineral-y, but fortunately doesn’t taste like dirt or hay. As it cools, the taste becomes sweeter.

I can’t find my puerh pick (I’m letting a lot of things I can’t find go these days because I injured my ankle, got nerve damage, haven’t been able to walk… Lack of healing and quick atrophy of leg muscle is what led to my degenerative neuro-muscular disease diagnosis). This tea was sent to me in chunks, so I used an approximately 4-5 g. chunk — eyeballed it — in about 6 oz water. And I used a longer-than-usual rinse to break the leaves apart — about 40 seconds.

I like this. I can’t say it’s my favorite type of tea right now, or that I’ll ever become a shu super-fan, but it’s a major step up from the Guevara shu I tried yesterday. I thought drinking them in succession would give me more appreciation for the differences — and it really does. It has a lighter tea soup and goes down much, much easier.

I’d recommend it, but Tea Setter is no more, so I’m not sure where it can be found these days. I plan on using this as a “pretty good shu” barometer for judging what I try in the future, as I have enough for a few more sessions left.

Final note of the day: I can’t fathom getting 20 steeps out of a tea. I thought this one held up well for 7 or 8.

Next day: Wow, this tea really stuck around for something that seemed so mild. I could still taste it last night when I went to bed, an hour or so after the last cup, after I brushed my teeth.

I was very tired after a journey out to the farmer’s market where I bought several pounds of veggies which I then had to haul home. It was already 5:30 pm, but I threw caution to the wind and brewed up my batch of Ethical Agriculture’s Wild Grown Pu-erh from Tea Setter. I almost followed the instructions today, using the entire 4 gram sample rather than dividing it in two, even though that meant that I might have difficulty sleeping tonight. Wait a minute! Who am I kidding? I went to bed at 3:30am and woke up after noon.

I did a quick rinse, but must confess that I’m not sure about rinse efficacy in the case of big chunks. I mean, all of the stuff on the inside of the chunks is not being rinsed, right? On the other hand, I did not want to toss all of the caffeine and flavor away, so I just did a quick rinse rather than waiting for the chunks to disintegrate before commencing the first infusion.

The taste is very good. I’m not sure how to describe it. It tasted (past tense, because I gulped down the batch in no time!) rather like food. Maybe some kind of dark bread? The liquor is a dark apricot color, and I was pleasantly surprised to find that there is no mushroom or soil-like flavor to this pu-ehr whatsoever. It also does not taste at all like Lapsang Souchong, as I have found in a couple of pu-ehr cases so far.

Anyway, I’m definitely up for another infusion, so I’ll report back. It could be a few more, in fact, given what looks to be the intensity of these chunks.

Now I see why pu-erh is renowned as a diet aid. It tastes like food and can be consumed all day long as a meal replacement beverage!

This is the best pu-erh I have tried so far. It is very easy to drink, stands up to what feels like unlimited steepings, and has a sweetness that most other pu-erhs seem to lack. Will absolutely be repurchasing!!

This one may be my favorite so far (I know I keep saying that about each one!) Again, amazing color, loved the taste, and I totally smoked my husband and grandson in Monopoly Jr. while drinking it. (Twice!) What could be better than that? Took my little tray with all the fixin’s into the living room to play on the floor and it worked perfect!

This tea is a delight to the senses. I love the aroma and the gentle, yet flavorful taste. I enjoyed 7 steepings from 4g. of tea, and I could have made more. It was perfect for my afternoon tea break!