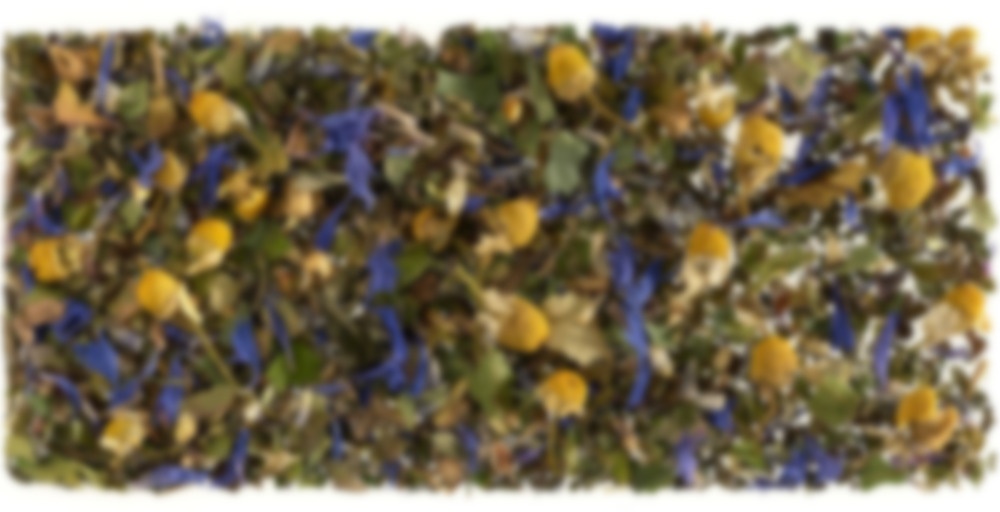 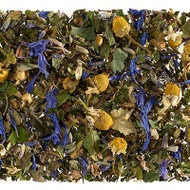 by Tea Shop of East West Company
73
You

Chamomile, peppermint and sweet mint, lavender, sage, lime flowers and cornflower and strawberry leaves are the base of this classic blend to help digest a good meal. Balsamic with the prevalence of lavender in its flavour; the essential oil of this plant makes it gently relaxing.

Another tea from Shelley_Lorraine! Thanks, again!

Figured I’d try this one because it has chamomile and mint. My stomach’s been really bugging me. The dry leaf smells heavily of lavender and chamomile. I still haven’t decided if I like lavender. I really want to (mostly because it’s purple), but I’m starting to think it’s not for me.

The liquor tastes again mostly of lavender and chamomile. There are faint mint undertones that mellow out the grassy/hay aspects of the other two herbs. This really makes a difference compared to other blends I’ve had that are heavy on the lavender. It prevents it from being too overwhelming.

A pleasant tea, but definitely not something I think I’d order for myself.

cheetah_pita picked up this tea when she was on vacation in Spain (awesome!) and she sent a sample to me in a mystery swap. It is a great tea if you’re into chamomile. I’ve decided that chamomile isn’t my thing. I had some chamomile teas when I was a kid and I vaguely remember not liking them too much, but I had forgotten what chamomile tastes like since then. cheetah_pita sent me two chamomile teas and I must thank her for giving me the opportunity to confirm whether or not I really disliked it as I probably wouldn’t have gone out of my way to find out otherwise.

I don’t quite dislike it in the way I dislike jasmine or coconut in that I can drink a chamomile tea if someone offers it to me and I wont have to fight myself over making faces and gagging. But I’ll probably never make a chamomile tea for myself.

This La Siesta blend also has mint and other herbs and spices. The chamomile comes through pretty strong, but so does the mint, I think. I can also just barely detect some lavender. The flavors are a good match