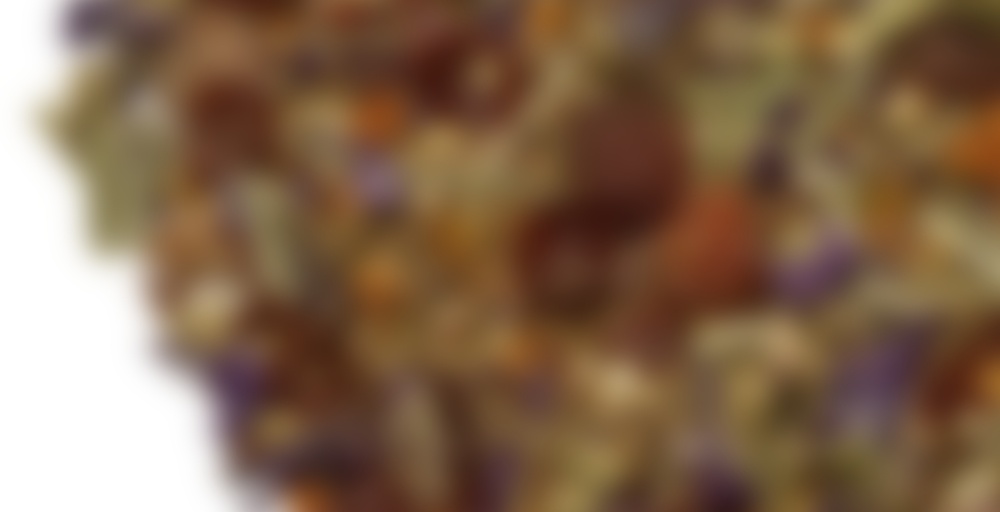 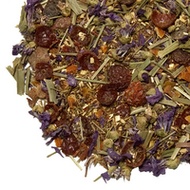 Summer Breeze is the perfect combination of green Rooibos, pear bits, sultana raisins, dates, carrots, mallow flowers and lemongrass. Fruit and tea lovers will consider this Rooibos a treasured member of their tea collection for years to come.

I was drinking this yesterday afternoon but it was so terrible I only drank a quarter of my glass before heading off to the Ritz (ohmygod). They just kept pouring wine. I had to hang around there for like an hour longer before I felt ok to drive except then I was super sleepy! Since I was there and it was free I tried oysters and seabass tartare but I was not a fan of either.

And I found people who really want to do fancy afternoon tea with me there! So now I just need almost $60 to pull that one off. Jeez. A bunch of Yelp people are going to Fogo de Chao tonight and that’s $50 a person and I had been like that’s two weeks of groceries. But I guess since I’ve been there a couple times and like tea more than hot Brazilian men bringing me steak (okay when you say it that way, momo…) and it’s an experience! I guess it’s time to save up.

Ok back to this terrible tea. I have no idea why I bought it other than ooh green rooibos, cool name, might be good iced tea.

I was excited to see pear. Then I saw raisin. And carrot. And lemongrass. No this stuff can’t possibly work together, but I’m going to try it anyway.

Ugh it was just awful. I should have probably sweetened it, but you would have though the fruit pieces might have done that even just slightly.

eww! i could see pear and lemongrass working ok together.. or even carrot and lemongrass… but raising!? .. i picture raisin with figs, and cocoa and heavy ingredients.. not something as light as this one seems to be meant to be!

Yeah if they did just fig or just raisin, and left out the carrot entirely I think this would be so much better. All it tasted like was them but blandly.

Yeah, afternoon tea is priiiiicey. I dropped $60 on the same thing last summer and while it was an interesting experiencing, I honestly don’t think it’s worth the money.

I don’t have a problem spending money on having an experience. It’s likely to be just once and why not. It’s something I want to do, and a couple people I know have also really wanted to so I’m really excited to be able to share it like that.

Oh yeah for sure. I’m glad I did it but wouldn’t do it again.

momo, you sound a lot like me, i ALWAYS go for the beer dinner or a special high tea. always. i have a reservation for tea with my sister at the local 5 star hotel 2 weeks from now and we are both very very excited!
i’m gonna take mountains of pictures! haha

Tried a cup of this one again, still not really sure. I think my cold is making me sensitive to certain flavors, I’m even struggling with food right now, so I’m going to try it once more when I’m feeling better. It’s not my favorite, though.

I tried this in a $1 sample pack I purchased in Metrotown Mall.

Surprisingly this tea tasted more like grapefruit than tea to me, or maybe a little bit like jelly beans. It was quite nice, but unfortunately not a replacement for the Kalahari that I so love.

Summer Breeze from Teaopia is defiantly my go to Icetea !It’s too bad soon I wont be able to get a hold of this tea but because Teaopia is having their 75% off sales every chance I get I rush over to buy some teas for an amazing price ! its almost too good to be true.. so I am stocking up on this tea I absolutely love it there are just no bad things to say about this beautiful green rooibos blend

Summer breeze makes me feel fine! Blowing through the jasmine in my mind….
I actually sang this while drinking this tea. I tried it hot, and it reminded me of the disaster that DT’s green and fruity is to me. But then I tried it cold steeped and oh my. This is the perfect rooibos to have iced, it’s so pleasantly fruity and tastes almost like juice. I think I’ll be adding this to my permanent collection, because I love having iced staples – Sometimes nothing is as thirst quenching as a good iced tea. I’ve also been finding that I enjoy some rooibos teas much more iced than hot, I don’t know why.

It’s delicious, fruity, and healthy all packed in one drink. I’m quite fond of this rooibos. It’s a very sweet infusion, so you really don’t need to add anything to it to have the flavors come through. The pear taste is at the front, the raisin and mild carrot tastes come through afterwards with a hint of green rooibos. All in all, it’s a great blend for those hot and cold days. I had a pot with someone who likes fruity tea, and we both sipped on it after new years. I find that the tea is also great if you find you need something light, and packed full of good stuff.

This tea certainly hit the spot on a chilly afternoon (I can’t believe the weather is getting cold already!). It’s a perfect afternoon drink for those of us who are more sensitive to caffeine because it is caffeine free but the vibrant, fruity smell wakes you up. Adding a little bit of rock sugar definitely helped me keep my energy up in the home stretch at work. The smell is reminiscent of a breeze in a fragrant garden- pardon my poetic tendencies with this tea.

Not my favorite Rooibos. It’s nice, light and slightly sweet and I suspect it would make a delicious iced tea, it’s just underwhelming brewed hot.

Nice and light and bright taste.