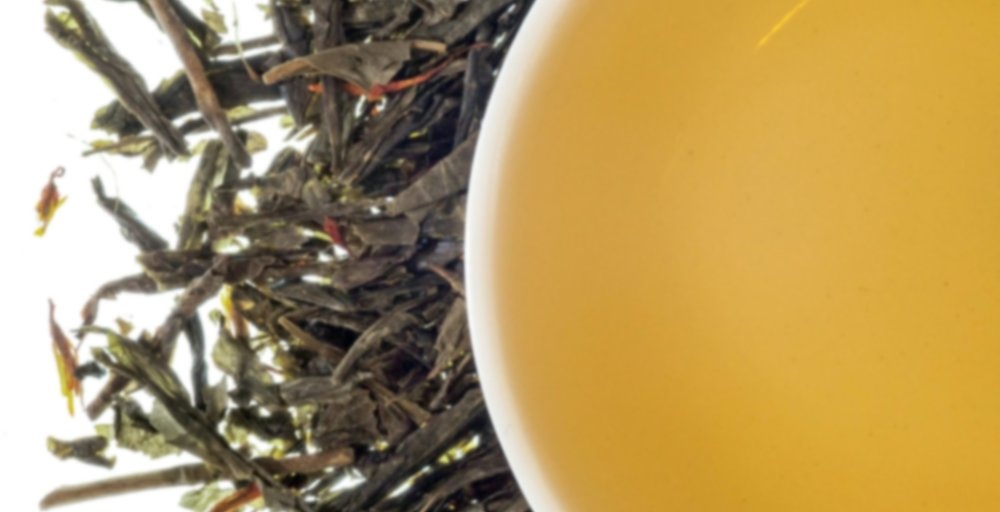 This lovely green tea brews up smooth, sweet, citrusy, and also makes great iced tea. This is a blend of Sencha green tea, flavoring, and safflowers.

Throwback Thursday! This is one of my earliest flavored green teas. I remember I didn’t care for it initially as a warm brew, and while I probably should revisit it warm sometime, these days I really do just drink most fruity greens as cold brews in my water bottle at work, so that is how I prepared this one: 5g in a quart of water, steeped over night, and then strained.

I still am not wildly crazy about the mandarin flavoring of this tea; it is quite strong and citrusy, but something about it just strikes me as too potent and artificial. I wish it was dialed back just a touch. That said, it at least doesn’t have the weird metallic aftertaste that I get quite often from orange flavorings, so I guess it has that in its favor. Despite the flavoring being pretty strong, the green tea itself holds up surprisingly well as a base since I can taste a refreshing fresh, grassy, vegetal taste, and often with flavored greens, I can’t really make out any base notes from the green tea at all. It is nice enough as an iced tea, but not one that wows me; I’ll be happy when I’m able to sip it down and this wouldn’t be a tea I’d consider restocking. I think what I’ll do for my next batch is mix up some lemonade and steep in that, since I think that might tame the orange flavoring a bit.

I wavered about lowering my score from where I had it initially, but decided to keep it since the base green tea was surprisingly good and I was so impressed the notes held out against such a strong and (in my opinion) unpleasant flavoring.