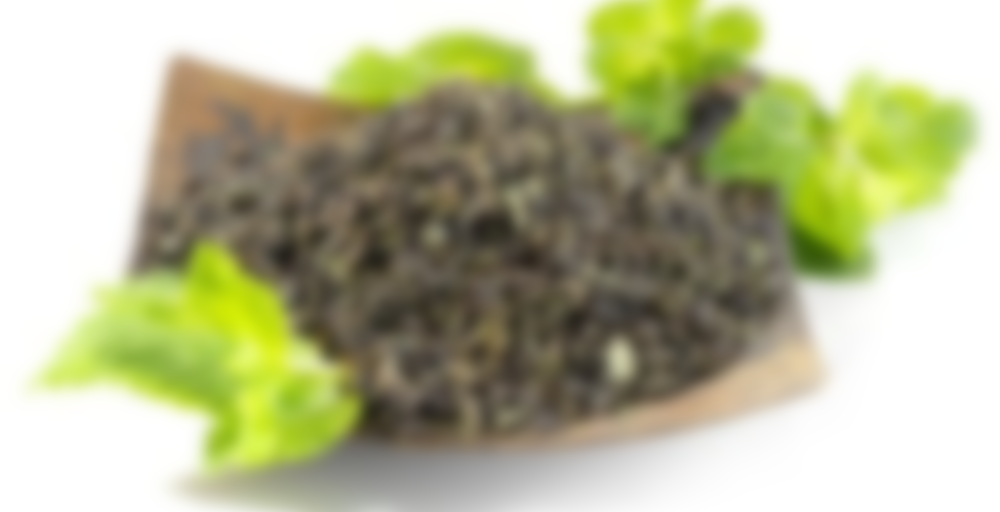 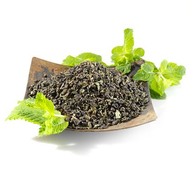 with 65 Ratings Rate this tea Rate This Tea

This exciting and refreshing blend of Chinese gunpowder green tea and Moroccan spearmint mingle together with every refined and pleasing sip..

I really need more self control when it comes to tea.

Having fallen in love with Tin Roof Teas Moroccan Mint, I wanted to taste others. I had my daughter pick this up in Raleigh last night so I could compare the two. The two of us sat down for an “apples to apples” tasting.

The aroma was very similar to Tin Roof Tea’s MM. That is where the similarity ended. Before I removed the infuser basket, one sniff told me I was still going to be buying the one from TRT. I thought at first that I was to going to like the Teavana version at all, but now I can honestly say it is apples to oranges to compare the two.

The TRT version is mostly mint, lots and lots of fresh, tasty mint and no smoke. The Teavana version tastes like a slightly smokey gunpowder green with spearmint.

I need to do the tasting over again, because I noticed that their steeping recommendations are very different. TRT says 194F while Teavana says 175F, yet I made both teas with the same temp water.

The Teavana version isn’t bad, and if you love gunpowder green and want to taste it more, that might be the way to go. But my favorite is still TRT, so I think I will stop trying others and stick with what I know I love!

In the same way that people who find they love chili wake up one day to find that they’re roasting and grinding their own spices and blending their own ground meat… you are going to wake up one day, months from now to find yourself hand selecting green tea from an obscure chinese market and growing your own mint on the window sill — and lamenting how hard it is to get unrefined cone sugar.

LOL, Jim! That day is closer than you think! I went to an Asian market out of town on Wednesday. I grow two kinds of mint already and I have two kinds of unrefined sugar in the house! I almost bought German rock sugar yesterday but I wasn’t sold on the source yet…not until I do a little more research! We also grind our own wheat for breads and desserts and I have four kinds of wheat in huge buckets in the kitchen, as well as a bucket of oats (I roll my own). I have some cone sugar, but it isn’t unrefined. I just bought it so the girls could see it! I buy sugar every time we go to Raleigh because there is such a vast selection!

I too am a fan of Moroccan Mint, and actually have two at my house right now… NEITHER of which are the ones you’re reviewing.

What say I send you a sample of both and you tell me if either are better than TRT?

By the way, if you haven’t iced Moroccan mint yet… you’re missing out. So, so yummy. It’s like my favorite thing of tea in the world right now.

This is a decent Moroccan Mint. The smokiness of the gunpowder green tea and the spearmint pair well together. I like that there’s no peppermint in the blend. The green tea is easier to taste with just one mint.

Does it smell like toothpaste? I have a huge bag of spearmint, and I have to keep myself from smelling the leaves if I use it for anything.

This is a tea that I know well, in terms of the amount of tea leaves needed, the temperature it tastes best at, and the amount of time it needs to steep. I like it well enough, but it’s nothing compared to my boyfriend’s love of this stuff. He went through 4 oz. of this since the end of April from drinking it everyday at work, and so yesterday we went to Teavana (and got the traditional upsell, which we politely refused) to replenish another 1/4 pound’s worth. Before it goes away to work with him I snagged a bit to cold brew, just to see what would happen.

I was worried that the mint would make it seem like I was drinking cold bubble gum, but luckily it’s just a nice refreshing drink for an abominably hot summer day. A nice green that stands on its own with no sweetener required. Another cold brewing success!

Tea #24 from Another Traveling Tea Box

I’m starting to realise I’ve gotten really sensitive to smoky teas in the last year or two. I used to really like gunpowder greens, but I’m just finding this one too smoky for me. The balance of spearmint to tea is awesome! The mint is complementary without being overpowering. It adds a crisp refreshing edge. I just can’t get past the smoky undercurrent running through each sip.

I think I’ll keep my Casablanca Twist as my Moroccan Mint stand in for now.

I like the depth added to the mint by the green tea. Nothing very special though. I like the mint from my backyard better. Nothing beats fresh mint!

I grow mint in a container – it is great fresh!

Tea #30 from Another Traveling Tea Box

I generally avoid Moroccan MInt because I’m not a fan of spearmint, but this wasn’t bad since the gunpowder green tea is what stood out the most. The spearmint wasn’t a very strong flavor at all, just enough to be noticeable. Most teas with spearmint have an overwhelming flavor from it that I can’t stand. Not bad at all, but not something I would order for myself.

This is one of my favorite teas. It’s great to drink by itself, but I also drink it with other tea. I’ve mixed it with almost every other blend I have just to add a bit of mint flavor.

I’ll definitely have to be buying more very soon.

Thank you Rachel from iHeartTeas for this yummy sample. My stomach wasn’t feeling well today, so I figured something with mint might sooth it. This was the perfect tea. It was smoky and has a delicate minty flavor to it. It was refreshing. There was a mild astringency at the end of each sip, but nothing that would stop me from sipping this yummy tea.

I’m not a huge green tea fan… i’m just not. It is a sad fact and i wish i was a green fan, but i have problems with it. It just seems so bland and tacky. It may just be me but i feel like this tea has almost not flavor. i get a little mint but nothing that really excites me… i ordered a sample of the adagio Casablanca Twist so i hope is does better than this…

I know what you mean! Have you tried 3tsp per 8oz? I read online that the baristas at Teavana use three times the amount in the store. I really wish there was more of a mint flavor. But it just tastes blah to me too.

Makes a great pitcher of iced tea. Sometimes you just want a cold drink with a crisp edge, and this fills that craving for me. There’s always a pitcher of this in my fridge.

I’ve always wanted to try this tea. How is it hot? Let me know.

It’s good for one infusion hot. I enjoy that one infusion immensely. Generally when I make it iced, I first steep it in a mug to sip on whilst I prepare it iced. I steep for about 45 secs this way. I’m sure you can find better, but since I like it iced, I’ll continue purchasing it. Send me a message if you want a small sample of it. (And the earl grey)