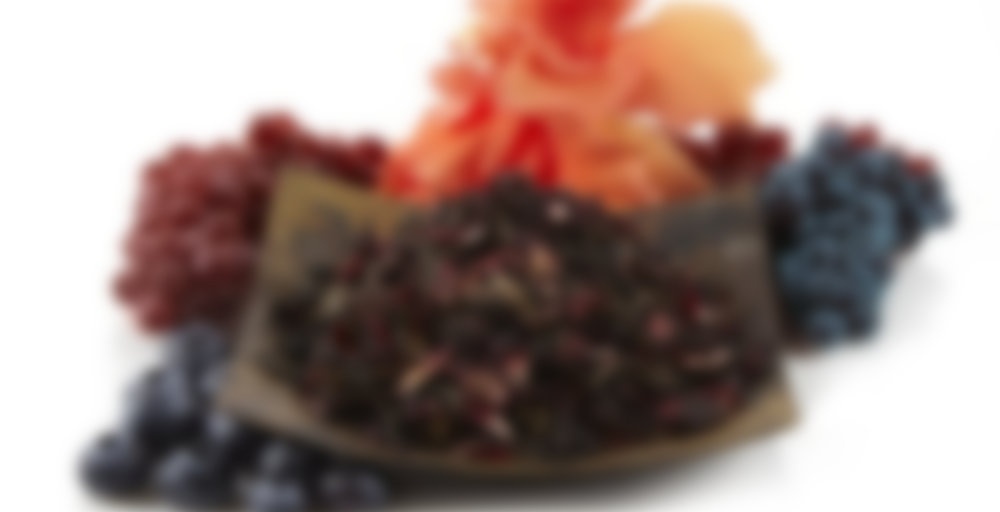 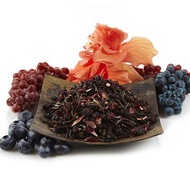 Third of the “top six” of the new teas. I will finish the top six, I think, and then get to the rest.

If I have to knock this one down a few points for anything, it’s unoriginality. Berries. White tea. Yawn. Seeeen it!

Still, this is a much better version of a berry white than Imperial Acai Blueberry. Kind of a shame, because blueberries aren’t the strongest note here, and that means I’m still looking for a damn blueberry white that I really like. (Lord, I think I may never find one…) But good, because Imperial Acai Blueberry is just so fussy and prone to bitterness, and this one doesn’t seem to have that flaw. It’s not bitter after a two minute steep, at least.

I do wish that whoever it is at Teavana that sleeps with hibiscus flowers under their pillow would find a new foodstuff to be obsessed with, because at its hottest, hibby is the first thing I tasted in this tea. (Is that normal? For hibiscus to be the most prominent ingredient at a higher temperature?) As it cooled though, more berries came out.

I’m finding myself now sipping it comfortably and rather thoughtlessly, which is nice. Actually, I’m finding the sweet and sour more balanced now (with the caveat that I did add sugar to this, albeit less than I usually do). I’m afraid that I don’t know what either elderberries or black currant taste like on their own, but I can definitely taste the grapes.

Not outstanding, but solid. If I didn’t have so many teas already, I might consider adding this to my collection. It would be a good lighter morning tea (for mornings on days off, when you don’t need something strong to wake you up), or maybe with lunch.

Have you tried DT’s White Tiger? It’s a really nice blueberry white, far less flavor-heavy than some of their other blends.

Yes. I absolutely HATE it, unfortunately. It actually makes me ill to drink, and I can’t taste blueberries in it at all…just the terrible base that makes me sick. :(

…I should add, I thank you for the suggestion, though. I’ve seen a lot of people who like that one (and who DO taste the blueberries). I just seem to have a weird personal reaction to the base tea.

Hehe “I do wish that whoever it is at Teavana that sleeps with hibiscus flowers under their pillow would find a new foodstuff to be obsessed with”. Me thinks elderberry and black current also have tart notes that kinda blend with the hibiscus and then their other notes just read as “dark fruit” (or at least they did with the WonderBerry which really just could be a darker version of Raspberry Soirre).

Ah, worry about that. I hope you eventually find your perfect blueberry tea!

Yawn. Berries and hibiscus. I feel like Teavana’s done this a million times over. The white tea is visible (tea, actually visible in a Teavana blend!) however its flavour is completely overpowered by the hibiscus and tart berries. I tried adding sugar to see if this was salvageable or unique once sweetened (like some of Teavana’s are), but nope, it’s a wash. If I wanted to drink tart and expensive, I wouldn’t be doing it in a tea.

Sounds a lot better than it is. I’ve had issues with this tea from the start. It smells and looks very nice but that’s where it ends. It’s too tart and the berries sweetness isn’t carried through at all. Even with honey those tart notes are too bold to be ignored. I really can’t bring myself to drink the rest of it, but then I don’t want to throw the leaf out either. I guess it’ll just sit in my cupboard for the rest of eternity.

Welcome to Steepster. If this tea isn’t right for you then you could always try and swap it with another member. :)

I really, really like this tea! Rich berry flavors on a delicate white tea. It may not be terribly original or novel, but it certainly is good. From the first cup to the last in all of the envelopes I have purchased, it has been entirely consistent and good. Smooth with rich sweet berry flavors; the tea that I have purchased has not been sour or bitter. I will continue to buy this tea as it does not have any additives other than tea, fruit, and hibiscus flowers. Satisfying.

Quite acidic and tart. This tea tastes just like hot berry compote on pancakes! overall a nice berry flavour, but I think the hibiscus gives it too much tartness for my liking, and it overpowers that great Mao Feng!

Iced this tea reminds me of a refreshing berry water in the late summer.

I paid big bucks for this tea, and I am not sure I like it. I think there’s something about white teas that seems ‘off’ to me. I am not sure if I will finish what’s in my tin. I may try it again soon to see if I change my mind…

Another from the Tea of the Month subscription. I don’t have much to say about this one, good or bad. I made a big pot of this over ice, which I then used to create a sangria-style mixed drink I saw on Pinterest. That in itself was pretty nice, but nothing super special.

This morning, there was a bunch of the iced tea left in the fridge, so I drank a big glass. I find it pretty boring, actually. Mostly tart with not much else to it. The berries are nice, I guess, but you can’t taste the white tea at all.

It’s okay. I don’t hate it, but wouldn’t go out and buy more.

Tried this after visiting Teavana last night at the local mall…It’s tart so be aware of that…and its heavy on the black currant and the hibby…but i can’t really taste much of the other berries. There’s a hint of raspberry in the scent…as it cools off the tartness mellows some, tho to be honest this tastes more like a tisane then tea..the white tea was just overwhelmed . I love Black Currant and don’t mind the Hib..so thats why I gave it an 85…the smell of the tea in the tin tho is a solid 100.

This was just awful…sorry! The black currants were so overpowering that the other flavors were non-existent. Also, the delicateness of the white tea was not balanced by the strong, tartness of the berries. Total fail.