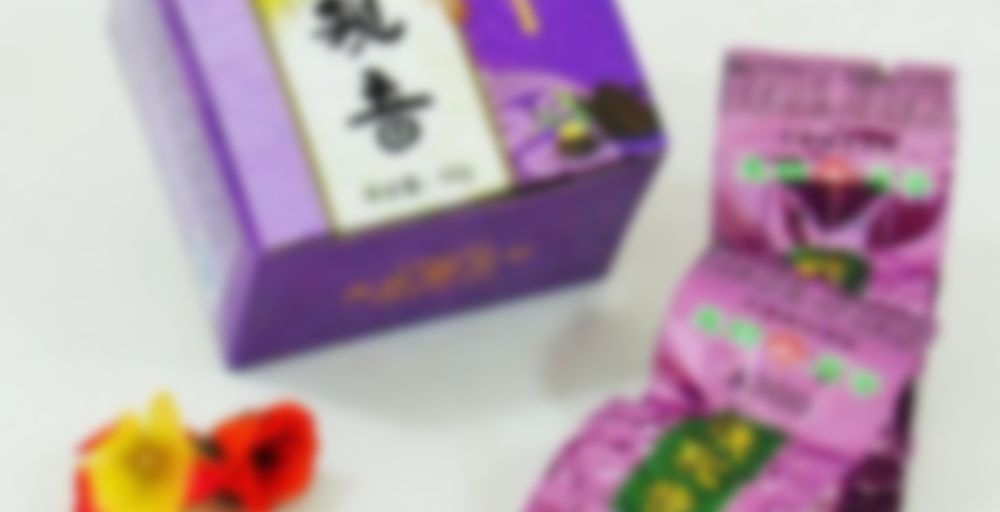 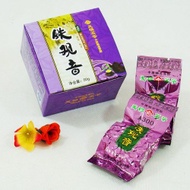 Well how shall I put it, I found a bunch of these little blue bags in my basement filled with tie guan yin. The production date stamped on it says 10.25.2006, so that makes it about 5 years old. Though it is vacuum packed.. I’m sure this kind of tea is not meant to be aged, so I am really drinking some old tea. 10 means October too, so that puts this as an autumn harvest tea and that means this is a grade lower than the ones cultivated in spring. Anyways, I pretty sure this was something my parents brought back from a trip to china (which trip, I wouldn’t know).

Tenfu (same thing as Tenren) is a massive tea company so really, if anyone ends up ever getting some of this will be beyond me. That’s one thing about steepster, most teas from North America or western Europe, can be found with ease well what about that crazy amount of asians and asian countries that drink tea? Well those will most likely never be found here at all even though they represent a significant portion of the tea consumed in this world. That’s just me saying, as I drink a lot of green tea that was brought back from China, yet I have no means of listing it or any clue who made it. Luckily this bag had a little url printed on the side that lead me to the tenfu website.

Getting down to the tea itself, I tried making it gong fu style (lots of leaf, less water, more infusions) It’s a light tasting tea, not as dark or heavy roasted as some TGY teas. I’ve gone to 5 infusions and it still tastes alright. Anyone curious to try some? I think I have like 3-4 more bags of this stuff. Figure it might be more educational to some of you than it will be for me. Swap me anything that I have never tried before, I’d be down.

I’d love to try some!! is there anything you’d like to swap it for? or we can split a sample from someplace…

sure, pm me where i can send it :) surprise me really, it’s more fun to try the things you never would of think of buying! Oh, i also have small packets of a darker roast TGY but I can’t identify the manufacturer, prolly should send you some of that too.

Sweet, I’ll msg you tonight when I get home… I sneak peeks here at work so don’t wanna get caught! lol

Enjoyed your review. I was wondering if TeaFu was related to TeaRen. I tend to never buy tea at grocery stores since the turn around is pretty bad. I went to one with teas that expired in 2002. So the tea itself was from 2000 I am assuming. I couldn’t help myself, 4 oz of tieh kwan yin for $7. I can’t wait to try.

Thanks for sending me this one PoliticalMachine! It was a learning experience to be sure.
The leaves are typical, nice and rolled, and smell like a mild spring flower. Once steeped, it leans more toward the green side of Oolong. It has some of those irritants that make my throat all itchy but nothing like jasmine tea!
There is also a vegetal aspect when I first sip, followed by a fresh water note. It finishes with a nice nutty aftertaste.
I added no sugar, but there is a slight sweetness to it that comes out in the finish as well. There is the tiniest hint of milkiness, but I think that is more an extension of the nutty note.
The first infusion was a bit strong for my liking, but the second was much more balanced. I’ll try and do a third now!

Held up really well to many infusions, though takes more leaf than I’m accustomed to. Not exceptional, especially not for a TGY, but it definitely holds its own.