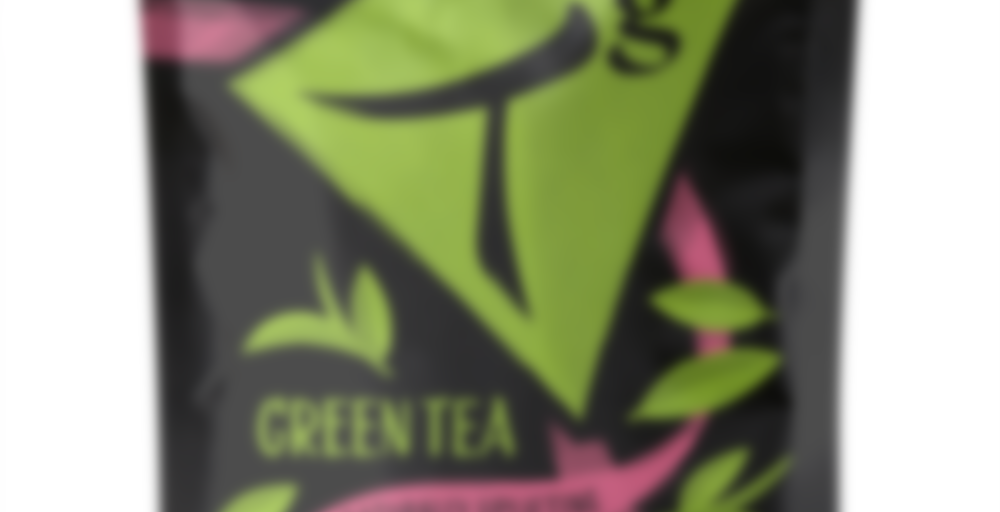 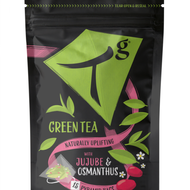 15 pyramid bags each containing Green Tea that is then packed into a non-transparent resealable standup pouch to help freshness stay in for longer.

Tg green tea is a rather exceptional Chinese green tea. It is organically grown in the Dao Ren peak area of Eastern China. Its is grown in a special plantation located on the 887m high Dao Ren mountain peak that has been certified as organic since 1995. As if that wasn’t tonic enough, a sprinkle of sweet Jujube (Chinese Red Date) super fruit and delicate fruity-floral Osmanthus create a delicious twist.

A generous serving in every pyramid bag which encourages multiple brewing so oozes out every last drop of goodness. No added flavourings for a clean and naturally delicious taste.

Green Tea With Lemon and Ginseng

As I open the packet I am met with a sweet herbal and berry scent that is subtle yet fresh. A nice combination actually, and on the jujube terms it’s similar to cranberry. In that sharp, dry sort of way….but not as drastic.

The pyramids are made from see through material so it’s easy to see the quality of the ingredients, and you can know exactly what you’re drinking. I can note golden pieces of osmanthus against a dark green/brown leaf (which makes some contrast) and some dark orange/brown berry pieces scattered around the mixture. It appears to be roughly 1.5-2 tea spoons worth of mixture, so a good amount per bag. Also it’s worth mentioning that the bags contents are not powdered or small, so no fannings.

Easy enough steeping instructions to follow, even my husband could do this he is a bog standard tea or coffee man most of the time).

Once steeped the tea is: Yellow/brown in colour with a soft yet toasted scent. Lightly grassy too. Also the tea blend has actually expanded beyond expectations, the pyramid was very spacious but it has now been filled.

The flavour is subtle but pleasant with toasted grass, sweet herbs (which must be osmanthus) and a clean yet dry after taste. I cannot taste the jujube as much as I could smell it which is a little disappointing, but the osmanthus is rather pleasant without it. As the blend cools it becomes thicker in flavour, with the green tea increasing vastly. Though it’s not really what I would call bitter, but the sweetness has subsided somewhat. To the point where in the after taste among the dry I think I can taste something creamy and berry like.

Colour and scent match that of the first steep, which is rather impressive for a tea bag. Flavour is more mild (which was to be expected) but it still has toasty, grass qualities and just that touch of sweetness from the osmanthus. I would definitely say it was worth the re-steep.