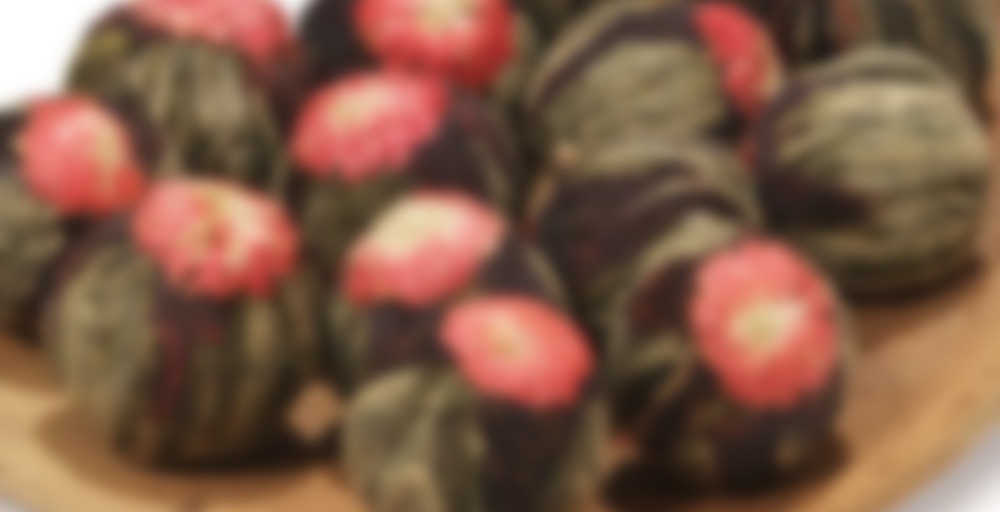 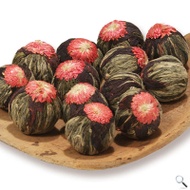 by The Metropolitan Tea Company, Ltd
73
You

From The Metropolitan Tea Company, Ltd

Daughter and mother tea party, Volcano Flower Burst and turkey sandwiches…FUN! The resultant tea was pleasant with a lemon taste to it. Nothing better than watching your tea grow before your eyes in a pretty clear glass teapot.

Lately my mason jar has been tied up with cold brews and my other clear containers are packed away in a box in the basement so I haven’t had anything to brew blooms in. However, the past couple of days, I have decided to take advantage of my empty mason jar to brew bloom teas.

This one, in its dry form, was probably the prettiest bloom yet. Mostly that is because it looks like more than just tea leaves tied in a ball seeing as it has a small pink flower peaking through. However, that flower led me astray because when I brewed this, the flower separated itself from the rest of the bloom which then sunk to the bottom and bloomed upside down. Why put the flower on the bottom? Consequently, this one wasn’t as lovely bloomed as some of the others I have had.

Tastewise, this is a weak tea. Despite steeping for quite a long while, this just tastes like water infused with a bit of hibby and a touch of vegetal green – two flavor notes I personally do not look for in any blend. I will say though that given the two flavors this actually does have tend to be ones that are hated by many, this isn’t as bad as one might expect.

Thank you Roswell Strange for sharing. I appreciate the chance to try something new but this just wasn’t for me. On the other hand, blooms are always fun to watch so at the very least, I got some enjoyment out of this.

I initially had a fascination for blooming teas, they are fun to watch open, but in general it seems like they are lacking in flavor.

I’m just not big on jasmine so that’s a huge no for me. :P

The blooms by DAVIDs are relatively flavorful compared to the others I have had but ultimately, if they weren’t a bloom, they would not be tasty enough to inspire me to want more. Still, they are fun every once in a while.

Ooh, bloom in a mason jar sounds like a good idea.

Home from work it feels odd to be home this early, and I decided to take advantage of the fact that the only cold brews I currently have going are vodka shots. So I took my empty mason jar and made a pretty flowering tea!

Last time I had this one, I don’t remember being impressed with the aesthetics of the bloom – but maybe I just had a crappy bloom because this one is really pretty! It had a fair bit of colour to it, and the tea liquor itself has steeped up into this very pretty “blush pink” from the hibiscus.

The tea flavour? Well, it’s still pretty much very light hibiscus and a more vegetal “leaf” kinda flavour – which isn’t the best combo for me personally. That makes it easier to let go of this one. I think I’ll have to go back to McQuarries sooner than later though to nab a few more blooms to experiment with though; they’ve got a pretty fair variety to choose from.

I hope both Cavocorax and VariaTEA have success with this one!

Also I’m going to plunk this adorable video of fancy rats doing cool tricks, for anyone interested. It’s super cute! Although, it’s really making me miss my fancy rat, Eloise. I didn’t write about it when it happened because I was really upset, but she passed away about a week ago. It wasn’t totally unexpected because she’d been sick for a long time, but it still wasn’t easy.

I especially like “Famous” – she’s just really precious, and her little beady red eyes are too freakin’ cute!

That video is adorable!