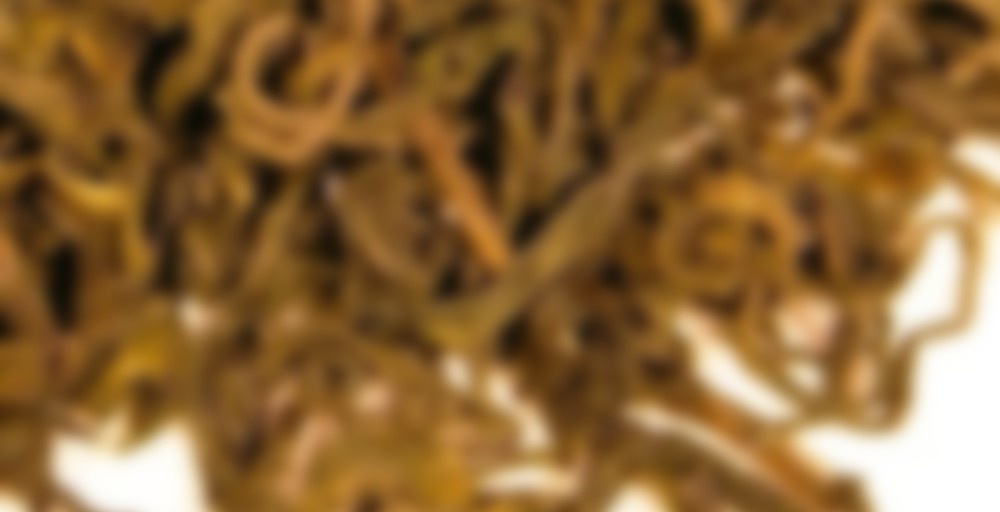 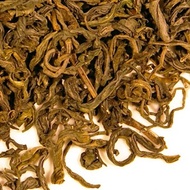 by The Persimmon Tree Tea Company
74
You

A unique combination of hand-harvested fresh lotus blossoms blended with green loose leaf tea in an ancient scenting method comprises our Lotus Green tea. Prepared in small batches by Vietnamese traditional artisans, the unique essence of these spring-harvested flowers is released and absorbed directly into the tea. The Lotus green tea brews a pleasant, slightly sharp flavor similar to star anise, with a subtle vanilla finish. Be sure to steep multiple times to fully appreciate the flavor of these sweet, aromatic lotus blossoms infused in our Lotus Flower tea.

I am sitting with a cup of this saying goodbye to Leonard Nimoy. Truly one of the biggest influences of my childhood. If it hadn’t been for algebra, which I could not grasp, I wanted to become an astronomer or work for NASA. Instead, I settled for playing Kerbal Space Program and watching old reruns of Star Trek TOS. It’s NCC-1701 for me. No bloody A, B, C, or D! I don’t know about Mr. Nimoy, but I feel certain Mr. Spock would have enjoyed this tea – or will in a couple centuries. Que spacey music.

OMG I LOVE This and I for one hate anise! So let me tell you the first impression I got from this is flowery black pepper! Then a creamy sensation took over. Then a floral after taste – but wait THEN it developed back into the pepper. I took agree, I don’t know what is going on with this tea but I am in LOVE here!
I am absolutely getting some of this!
I am surprised it took me so long to give this one a try!
It has me rethinking several other teas from The Persimmon Tree that I have passed by!
Regarding the other two tasting notes I really never thought I would have liked this.
So glad they sent me a sample!
:)

Is this an actual Lotus tea or is that just the name. It sounds good either way.

Second time I’ve seen your lotus interest K S.I know what to get you for Christmas…a lotus tree!

You make me want to try this again but I sent away my sample haha. Flowery black pepper?! I didn’t get that at all!

All I know is what the description says KS…
Alphakitty – If I get an order in for a tin I will send some your way! :)

Aww why thank you! I feel like if you loved it I must have done something wrong when I brewed it up.

Aweee don’t feel that way we all have different palates – we shall unravel this mystery sooner or later!
:)

@T&T: Tazo makes a Lotus tea I like but I would love to find a quality loose version.

Wow, this is really good cold steeped. I kinda forgot this in the fridge, so it has been steeping for 2 days.

Very little bitterness compared to it hot, and lots of smooth, creamy vanilla and nutty flavor. Yum! Last of my sample though.
I’d love to see this tea in a blend, maybe with some chocolate.

Cold steeped – really? Must try. When my ounce is gone this is one that needs replaced.

I’m on a tea-buying hiatus in order to control the massive amount of space my tea cupboard takes up. I bought over 100 types (not including any samples) in only 3 months. ;~; So, no more tea buying! Even samples! But somehow, a small (5 sample) order from The Persimmon Tree snuck in. At $1 a sample + free shipping I couldn’t really resist since there were a few flavors I’d really been meaning to try. This was not one of them, but I’ve never had lotus flavored tea so I was curious.

I’ve had a lot of lotus-flavored snacks: one of my favorite things to pick up in Chinatown is candied lotus root (even if it does trigger a bit of my tryophobia). It’s got this juicy, crisp quality very reminiscent of watermelon with a nice earthiness too. So I foolishly hoped this tea would taste like that, despite it being stated as anise-like with a hint of vanilla. Well, those flavors are definitely there and quite pleasant actually, but the base green… oh my god. Mushy canned peas. I HATE peas, and this tea is all steamed veggies. Not nice, fresh from the garden veggies (I’ll even eat peas if they are very fresh)… canned veggies that have been sitting in a grocery store for 2 years. I had 2 sips and had to pour it out, it was making me nauseous. If it weren’t for the anise/vanilla at the end, this would get a big fat rating of 1. But really, you don’t want vanilla in your canned peas. It might actually make it worse!

good luck with the hiatus… :)

It’s going pretty well so far! My debit card is currently not working due to some idiocy on my bank’s end and I am confined to only using sites that take Paypal. That’s pretty much the only reason why I haven’t purchased any more tea… I almost made an order at ESP Emporium today before I remembered they only take cards!

I pretty much have no self control, I’ve just decided to allocate a monthly budget to tea (which is a lot less than what I’ve been spending) and try to stick to it!

Omg that is a lot of tea!

It is a lot! I get worried about it going stale before I actually manage to drink all of it ^^; I am very bad about self-control… if I have the money and I want it, I buy it, regardless of how feasible it is to actually drink through my cupboard!

Thanks to Alphakitty for this one.
It tastes like flowers and Anise. It’s SO not like the other Lotus Teas I have tried…in any way, shape, or form. This one…is…strange. It’s not bad tasting…just really DIFFERENT. I can’t say I like it but it’s not a cup I wouldn’t poor down the sink…I WOULD finish the cup, but…I’m rather confused by this one. Perhaps one day…we will find a happy medium…this tea…and I????

Oh no, I have a sample of this waiting to be drank…

I’m going to have to get my hands on a lotus tea at some point. This one doesn’t sound like the one to try first, huh?

This is definitely a weird one, I debated sending it but I thought someone with more tea experience would appreciate the flavors a bit better (or at least be able to pick them out!).

In Nature had a pretty good Lotus if I recall :)

A delightfully floral tea. It’s really quite lovely, with a pleasant sweetness. I tasted licorice notes as well as vanilla tones. Really good. It seems like … based on the other tasting notes, this one is either a love or a hate kind of tea. I, for one, love it.

Here is my full-length review of it: http://sororiteasisters.com/2013/02/11/lotus-green-tea-from-the-persimmon-tree/

I don’t really get this tea. I’ve had lotus before as like a sweet paste in moon cake or similar Asian desserts, and this tea does not taste like that at all. The tea tastes more savory and less floral than I expected. It somehow also reminds me of some kind of ointment. Not really my cup of tea. Really interesting, though!

Smell: A bright, and quite peppery scent at first. As it steeped, I felt the scent becoming much soother.

Taste: Keep in mind, I have not tried other lotus teas before this one. Thus, my thoughts will be very different from anyone who has because I won’t be comparing. I dove into this tea with no thoughts in my mind so I was surprised a lot with the flavours that were appearing in my mouth. As my first sip thought state, it was definitely very strong but not in a bad way. The first sip took my mind away to a flower bed where I started trimming bushes and planting flowers of all sorts. Very floral, but very welcoming. However, the taste started to get softer with each sips and I started getting hints of maybe a vanilla grassy taste that lingered until I saw the bottom of my teacup. This may be a tea I would have an interesting relationship with. I’ve read other reviews that it was much more enjoyable cold, so I will try that next time. I will also be infusing this for a second time to get a softer, yet creamy taste from it.

Another vanilla infused tea, another note about how too much vanilla can overpower the tea flavor.

I’m glad they chose a green tea as a base, since I couldn’t really taste the green tea. It seems that a more robust base would hold up to a strong flavor like this. I also really couldn’t taste any of the anise flavor that was supposed to be in there. Don’t get me wrong – I like the tea. I love vanilla. I just kinda wanted something more complex from this cup.