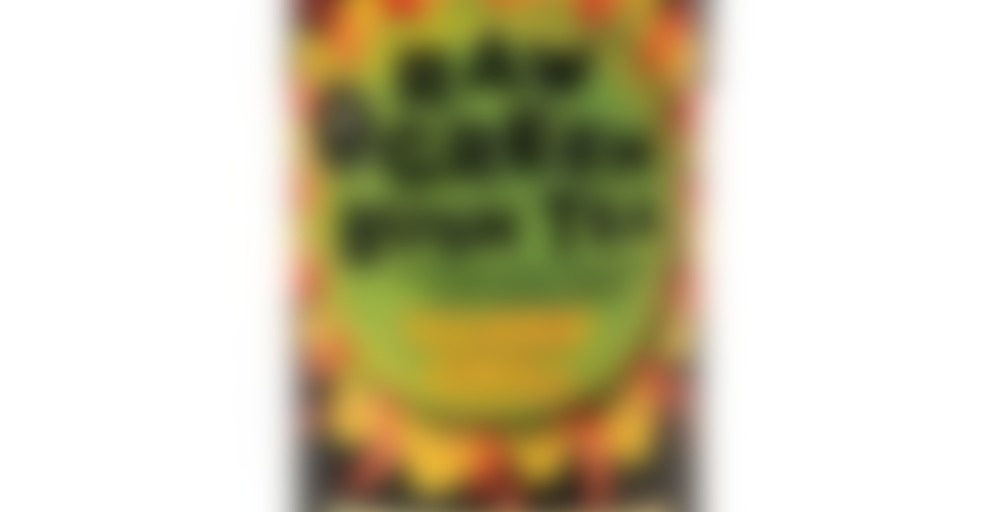 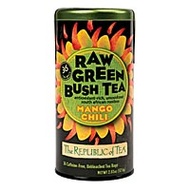 by The Republic of Tea
82
You

This sweet and spicy tea is low in tannins, will cool the body and wake up the senses – hot or iced.

The Republic of Tea 86

After a flurry of pms, I decided to have a nice pot of this to relax…and wait for the Notices to get fixed.

“and wait for notices to get fixed” LOL! Just don’t get too hot headed ba da dum ch! Ok that was a really bad chilli joke. Sounds amazing too! Do you sweeten it? What does/would that do to the mango/chilli/green bush ratio?

No, I don’t sweeten it (I don’t really sweeten anything). I’m not sure what that would do…and I’ll admit, I’m afraid to try adding anything to it. I’ll throw a few bags in with your package and let you experiment!

Cofftea, it’s really sweet unsweetened (imho). The mango they use is a nice sweet ripe mango flavor. This was wonderful. I just wish I could find it in a store…my Whole foods and World market don’t carry the Raw Green bush teas. Hoping to hit up a new whole foods sometime this month!

Oooh thanks! My 1st green bush! And anything chilli makes me happy:) I don’t sweeten anything either, but this one has me curious.

My last bag. They say chili is a pain killer so I thought I’d try this to get rid of “the bends” that I’m feeling. It also clears out the sinuses and since the pressure is all in my head now, I need it.

Wow. I’m really surprised, and disappointed, at how not strong this is. There’s really no difference between it being steeped 5, 8, 10, or 16 min… Sad. Still a very good tea though.

Loving the smell of this tea as it steeps. I keep going back to sniff the cup (it is an 8 min steep time). The mango in this is sweet and wonderful. The chili isn’t there as a strong spice but gives a nice undercurrent of flavor. I’m really enjoying how green rooibos tastes. Another winner from Republic of Teas. Now if only while foods or world market would carry these raw bush blends so I didn’t have to place an online order. Thank you Jaime for letting me try some of this tea:)

MUST TRY! Reminds me of a mango chilli pepper tequila I had once.

I got this at my local Whole Foods store, so maybe the ones nearest you now carries it:)

If only my nearest Whole Foods wasn’t two hours away :(

I am liking this the more I taste it. I find that while I would like there to be a little more chili taste, it might just be perfect for later at night, because I don’t want something too spicy at night. It has a nice warmth without being too spicy.

Wow, this is some good stuff. The mango actually tastes juicy. However, I will say that I wish the chili played a stronger roll. Nonetheless, I am truly enjoying this courtesy of Jaime thanks again for all the treats you have sent me.

Yeah! I am a ROT fan again! The last ROT tea that I had was the Pink Lemonade (Sip for the Cure.) over the summer and because of the negative feeling I had from that tea I’ve had a hard time convincing myself to get ROT again. However, I was at Whole Foods (Which is fast becoming one of my favorite non common stores, common referring to Kroger and Meijer where I do the bulk of my grocery shopping.) And of course could NOT keep myself out of the tea aisle, (Was pleased to see they did have a few tins of loose tea, though I didn’t get any.) I love the idea of sweet and spicy. Contrast and Balance, 2 favorite words in my vocabulary, though with tea…balance is the more important one.
Mango Chili-lightly spicy, enough that you notice it, but not intense. So I think that even people who have problems with spicy foods and drinks would not have a problem with this one. (I cannot take alot of spice, though it really depends on what it is. Like for instance, the few times I have tried Chai, it is mostly ok. A lot of Indian food (That I’ve tried so far.) I cannot handle. Anyways, the tea, like most of the bagged tea that I’ve had isn’t as thick as loose leaf tea, but if you just want something that is kind of funky, sweet with just a touch of spice….give this one a shot. Also, I would definitely use this tea as a evening perk. It doesn’t have caffeine (rooibos base.) but it did perk me up a bit this evening.

So yes will be having fun sipping this tea during the Winter Months….I’ve been slowly stocking up, though more on bagged tea (for various reasons it is more convenient for me to get bagged.) Since I do not like driving much in the Winter.

Backlogging…and I mean BACK BACK Backlogging…will review more next time but I did like this…sweet, a little kick, mango, pretty special

I really wish there wqas more chili in this. Frank should make a version of this.

I tried 2 bags and it was pretty good! Might have to try that again today :)

I was just saying last week how I’d love to try a good chili-mango tea, and the tea shop I went to last week had this. Actually, my dad bought it-he likes spicy too-but I took a couple tea bags back home for myself.

So, this is my first green rooibos and I was curious how this would taste-I have only liked a couple red rooibos blends. The bag smells pleasant enough-kinda mango-peachy and buttery.

The brewed aroma is more of the same mango-peachy-buttery. Very warm and pleasant-almost golden. The liquor itself is kinda a golden-orange color. The flavor is more of the same mango-peach-butter troika. It is really enjoyable. Sadly, there is no chili to speak of in my cup. So, the quest for a good mango-chili continues. Also, not having had green rooibos before, I can’t say for sure that I actually tasted it here-it may have just been the flavoring. Still, it’s tasty, so no penalties. I might buy it at some point.

Boiling 6 min, 0 sec
Yours I Like This
7 likes
0 comments
Edit