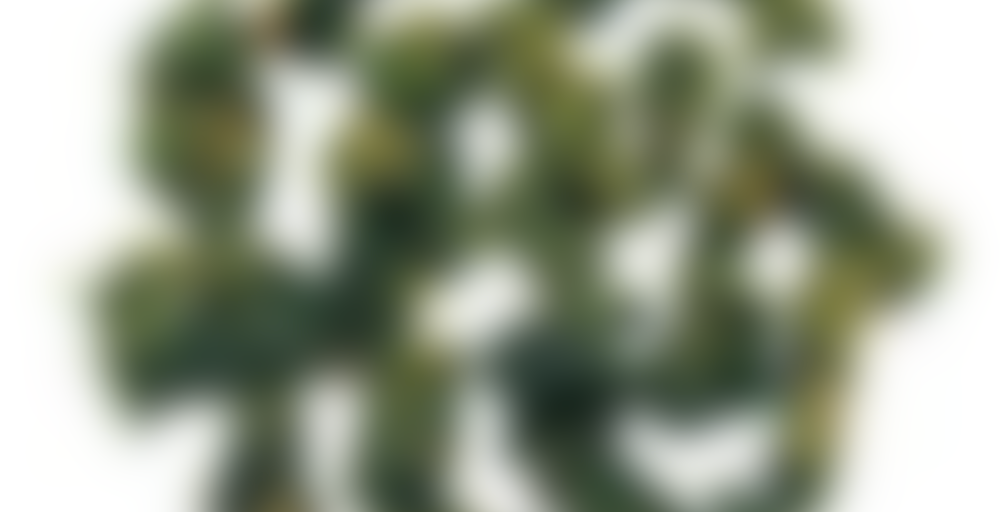 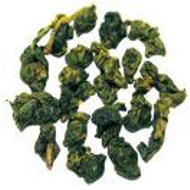 Sun Withering
In making Bamboo Mountain oolong only the newly sprouted leaves are plucked. They are then withered in the sun (weather permitting) or indoors on special bamboo trays for a few hours to reduce moisture.

Traditional Rolling
Once a suitable suppleness is achieved in the leaves, traditional rolling techniques (which include wrapping the leaves in cloth and binding it tightly into ball shape) are applied in conjunction with light roasting in a rotating tunnel roaster. Successive re-rolling and re-roastings are done to achieve the optimum shape and flavor. A final roast is given to complete the processing.

Judging Quality
Apart from elevation, season and age of the plants, oolongs can be evaluated by the quality of leaf and the processing art. The leaves should be tightly rolled and should not crumble with gentle pressure (crumbled leaf is a sign of over-roasting or stale leaf).

I don’t usually like my oolongs on the lighter greener side, rather preferring them to be the roasty dark chinese restaurant type variety, but I like this one. I went out to lunch today and ordered the oolong tea. It came in a super cute cast iron teapot (now I want one of those and I want this tea). The tea was very light in color and had a floral jasmine like flavor to it. I think I drank 3 cups of it. Very nice tea.

Note – I’m not entirely sure it was from The Tao of Tea. It was about this color (in the pic) and it the description sounds right. The name of the tea is definitely Bamboo Mountain so odds are I’ve made a correct guess about the company.

Confirmed with restaurant that the tea was indeed from Tao of Tea.

Alright, it’s time to start blasting through some more of the backlogged reviews. I’m planning on posting them all by Monday, but we’ll see how that goes. In case any of you think that I have almost exclusively been drinking green teas lately, I just want to inform you that I have a number of oolong reviews coming down the pipe aside from this one. They have been piling up in the backlog as I have been mowing down samples and I am at a point where I need to start posting them to keep the backlog from getting out of hand (like it did a few months back). This was one of my more recent sipdowns. I do not know all that much about this oolong aside from the fact that it originated in Zhushan Township, Nantou County, Taiwan. I found it to be pretty decent, not the sort of Taiwanese oolong I typically lose my mind for or anything like that, but certainly drinkable enough.

Prior to the rinse, I detected aromas of cream, butter, vanilla, narcissus, and gardenia. After the rinse, I noted the emergence of a honeysuckle aroma. The first proper infusion then yielded hints of custard on the nose. In the mouth, the tea liquor offered delicate notes of cream, butter, vanilla, and custard underscored by hints of narcissus, honeysuckle, and gardenia. Subsequent infusions allowed for the emergence of stronger narcissus, honeysuckle, and gardenia notes in the mouth. New impressions of bamboo, sugarcane, green apple, pear, honeydew, and minerals also showed themselves. The later infusions offered lingering notes of minerals, cream, vanilla, sugarcane, and green apple. There was hardly any lingering floral character that I could detect. I also kept expecting some grassier, more vegetal notes, but oddly never found any.

In a sense, this was a pleasant, but also very two-dimensional tea. There was a pretty even split between the fruity and floral characteristics and the tea’s more savory qualities. I think had this tea offered some of the vegetal characteristics typical of many Taiwanese oolongs, it would have been much more satisfying for me. Throughout the session, I could not shake the impression that it was lacking in depth because it was missing those qualities. Overall, this was a decent enough tea, and while I am glad that I took the opportunity to try it, I would not go out of my way to order it again.

I thought it was okay. Pretty average but nondescript tea. It tasted like oolong tea, but there wasn’t much more to discern. I like oolongs on the greener side, but this lacked the brightness that others I’ve tried have exhibited. Had it with food and it was fine for that, but not a particularly interesting tea on its own.

An honest Oolong that lasts for many steepings. Clean and earthy, but not peaty – makes you really want to pay attention to it. Easy to brew, and delicious at any time of day.