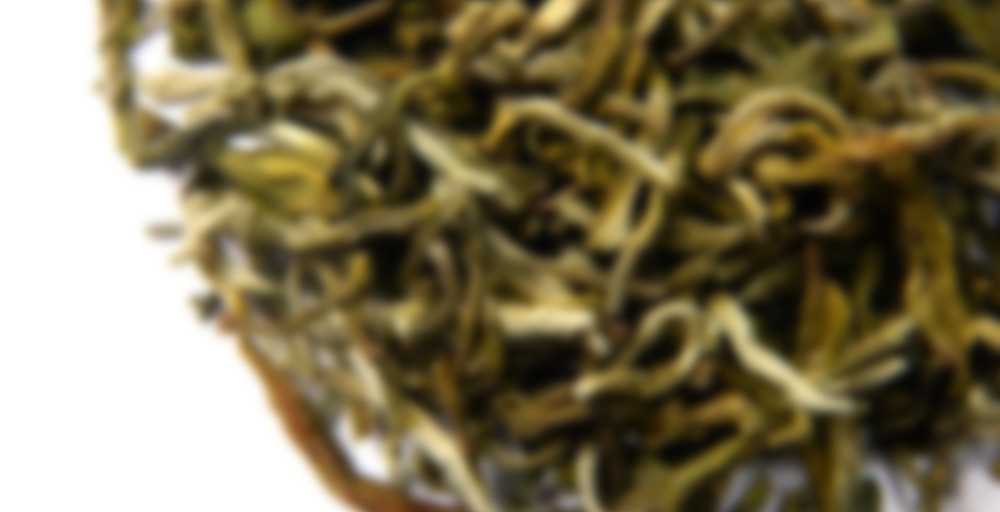 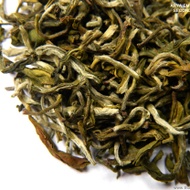 by Thunderbolt Tea
80
You

This 2013 Second Flush, Arya has given it more polish to its appearance where the tea leaves are more in the wiry shape which tends to elongate. Well twisted and and rolled appearing longish in nature. It has an overall pale-yellow and greenish appearance with abundance of silver tips which is rare in a Darjeeling green made by other tea gardens. When touched, it gives you that wiry feeling and the silkiness can be felt due to its silver hairs. The leaf is aromatic giving some faint and some strong individual fruity and flowery aroma. It is somewhat citric or ‘lemon like’ as well which seems sandwiched inbeteen some very mild vegetal sweetness. Suprisingly this also has the property of some soup like aroma which seems similar to a chicked soup, but you have to be very attentive to get this characteristics seperated.
Arya Emerald Infusion or Wet Leaves:

The well rolled and twisted try tea leaves of this Arya’s Second Flush green tea now unfolds and shows its original shape and size – fairly larger leaf infusion as you can see in the photo. It has an overall green colored infusion with a mixture of pale green, pale yellow and brown tinge. It is highly aromatic; fruity and flowery which is also accompanied by mild vegetal notes and sweetness. It has slight buttery and almondy notes.

Being a 2013 Second Flush green tea, it’s liqor is lighter than the rest of our Second Flush 2012 selection. Rest of our teas are black teas and this is the only green tea we chose to have this Second Flush. It has a pale yellow liqor, but bright and invigorating with every sip you take. Most of green teas when oversteeped turns utterly bitter in taste, but this tea is one which stood its ground and felt smooth and delicious even after a 6 minutes steep – very less bitterness could be felt. It has a marvelous fruity and flowery notes with slight boiled veggie-sweet notes. It is smooth and some dryness can be felt in the mouth. It has sweet and fruity after taste.