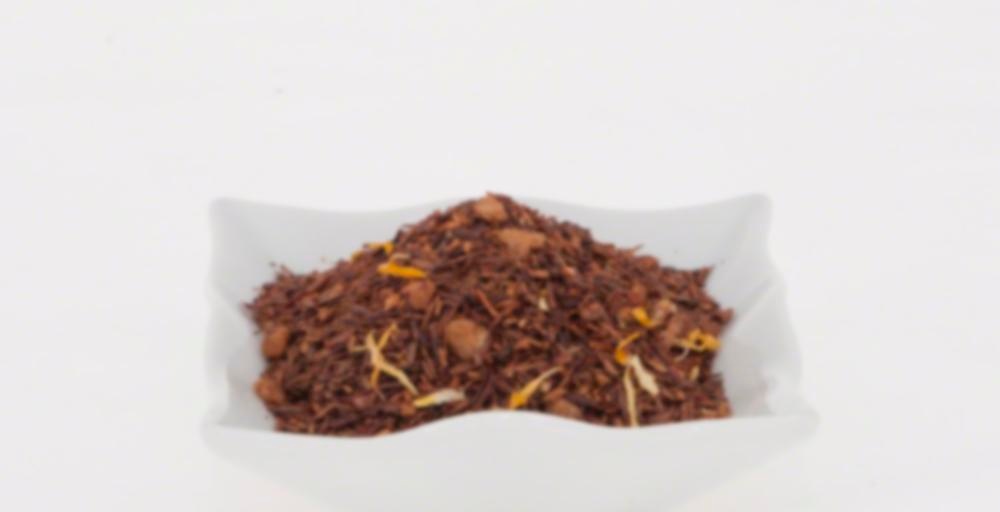 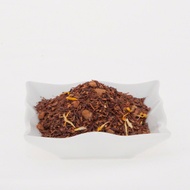 by Tropical Tea Company
79
You

First to review this in spite of being sent it from not one, but two people?? Ok…!

Steeped, the smell is definitely reminiscent of DavidsTea’s Creme Caramel Rooibos. Not surprising. Sweet and caramelly and delicious, but not nearly as strong (DT’s is rather overpoweringly sweet).

Taste-wise, this is definitely a bit different. I can taste the rooibos, but it’s secondary to a light caramelly flavour, which is actually quite tasty. Tasty enough for me to have almost gulped down my whole mug already. I think I could have used an extra 1/2 tsp or so of the dry tisane (I used three heaping 1/2 tsps already in my regular-sized mug) just to make it a little stronger, since I like my teas flavourful.

I can’t recall if I steeped this one for four or five minutes the first time, but the second infusion was for quite a while (i.e. I forgot about it). The second infusion has less flavour overall, but the rooibos is even more in the background compared to the caramelly notes. Probably worth the second infusion, but perhaps in half the amount of water to concentrate the flavour a little more.

Thanks for the sample, Amanda!! I think I’ve almost gone through my whole package from you now :D

problem with constantly trying new things: I have yet to even taste all I ordered from them, ugh

Hahaha, I suppose I have that issue too! I was just surprised!

when I just read the first sentence I went and looked at my spreadsheet for specifically never tried teas and it’s severely upsetting. drowning in tea!

Oh yes. I have bajillions :P Trying not to think about it, but at least I tried four (?) new ones today!

Yup! You sure did, Azzrian :D I tried the sample from Amanda tonight, but they’re identical. Really, I should just combine them :P

I hope you don’t mind…I’m going to share the batch you sent me – with others :)

This has a CRAZY INTENSE Aroma…mostly Caramel and Super Sweet Rooibos prior to infusing. After infusing it smells a little more like toffee.

The flavor is pretty good! It’s certainly a caramel flavored rooibos. But it’s a little light on the creme. That’s ok with me, tho!

I guess it has more of a creamy texture than a taste/flavor, if that makes sense. It’s pretty good, tho! So glad I got to try this one!

Share away! I still have way more than what I sent you!