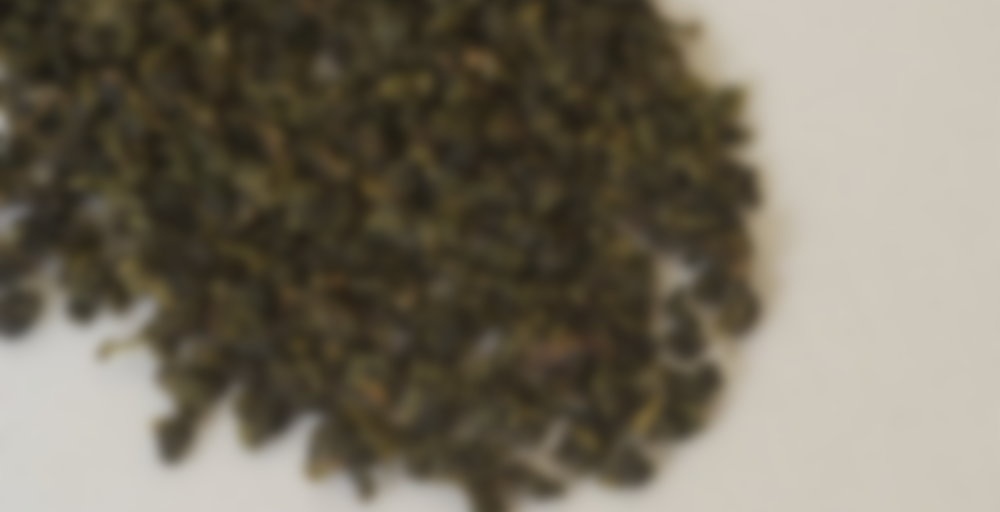 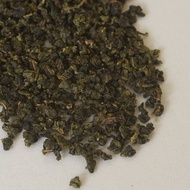 Our fantastically nuanced Four Seasons Oolong is from Dong Ding Mountain in Nantou, Taiwan. Four Seasons is a varietal developed in the 1980s. This one was specially grown and handmade by a tea competition judge who is known for his tireless work in working with and developing new tea varietals that are naturally pest-resistant (to eliminate the use of pesticides) and adaptable to climate change.

Our Four Seasons Ooolong is similar in appearance to our Anxi Tieguanyin, but rolled more tightly. Dry aromas of flowers, organic butter and sliced sweet apples evolve into an incredibly aromatic infusion with buttery scents of gardenias and daphnes, cinnamon and white pepper, and citrus and roasted red plums. The flavour is a remarkably balanced interplay of buttery, sweet and astringent tones. It’s profoundly nuanced and abundantly floral, with touches of candied lemon, unripe pears and baked red apples. The aftertaste is mellow and floral, with hints of green plants and iodine. In later infusions, the leaves continue to open, revealing fuller, greener flavours with an up-front buttery, floral taste. The aftertaste evolves from intense floral notes to a full, balanced, bittersweet flavour.

Early infusions of Four Seasons Oolong are best savored without food, but by the third brew, it’s perfect for pairing. Try it with grainy wheat toast and apple butter, a platter of dried heirloom fruits, cashews and a mild salty cheese (like Caerphilly or Comte), buttermilk pie or homemade vanilla bean pudding.

Dry Aroma is a Floral-Buttery scent which is unique and makes me curious! It smells great! After infusing the aroma reminds me of Florida Floral Bouquets and buttered veggies with a bit or stereotypical oolong aroma to it. I like this scent, too!

The taste is a nice, solid, creamy-sweet taste with slight floral and fruity notes! Quite the cuppa! This is my first infusion and I am already craving more!

I hate the word mouthfeel. Hate it. Because it feels so pretentious to me. Per the Random House dictionary, it was developed in the 1980′s, which tells me it was likely developed by a Yuppie. Possibly in response to an overpriced wine. As I was child in the 80′s, I have a yuppie aversion almost as strong as my shoulder-pad aversion, my hyper-color shirt aversion, and my aversion to electric pink.

Even after all that, I still use this term. Because it’s such a good descriptor. One of my favorite things about the green rolled oolongs are the ways the liquor can feel like liquid silk rolling around on your tongue.

All that being said – the mouthfeel of this tea was amazing. One of the most silky and creamy textured teas I’ve had. I was however a little disappointed with the rest of the tea. The aroma was fairly mild, and the flavor was a little too delicate for me. But, oh, I would drink this a lot just for the mouthfeel. So nice.

“…which tells me it was likely developed by a Yuppie.” ROFL! You are killing me!

In the packet, I’m not picking up much of a scent.
195/3 min
This is a nice midday oolong. It’s not very strong or intense in any way. It’s floral and somewhat delicate. As it cools, it’s very slightly sweet, but just a hint.

Another day, another interesting oolong to try. This Taiwanese oolong is purported to be incredibly flavoured, with evolutions of flavour at every steeping. I start off by rinsing, then steeping this tea first for two minutes in boiled, but not boiling water. This first infusion smells sweet, slightly tart, and, in general, fruity. I often find that the leaves, after steeping, have a different aroma than the liquor itself. In this case, the smell of the leaves is far more buttery and creamy, in contrast to the liquor’s fruity notes. This infusion is super smooth, tastes very clean and fresh, and is reminiscent of apples.

Infusion number two, steeped for another two minutes, leaves the leaves smelling more vegetal than before. The flavour of the tea has evolved. Still fruity, there are now spicier notes of cinnamon, as well as floral tones that I had not noticed before.

Steeping this tea for a third time, letting it infuse for two and a half minutes. Still containing notes of cinnamon, the mild fruitiness is quite delectable. Four Seasons is a great name for this tea, as it evolves and changes like the seasons of the year, with every infusion. I highly recommend this tea for lovers of oolong, and I would give it a 91/100 on my personal enjoyment scale.

This is a superb Oolong – rich with delicious flavors! I can taste notes of sweet, creamy butter, fruit and spice that are interwoven with a lovely floral note.

I’m off to write a full-length review of this beautiful tea – watch for it on SororiTea Sisters!
http://sororiteasisters.com

I thought that I would get a much richer, more flavorful cup according to other tasting notes. I can’t taste ANY of the flavors that Tula Teas mentions. It seems like a basic oolong with nothing that makes me run back to buy more. Not bad, just basic and a bit plain.