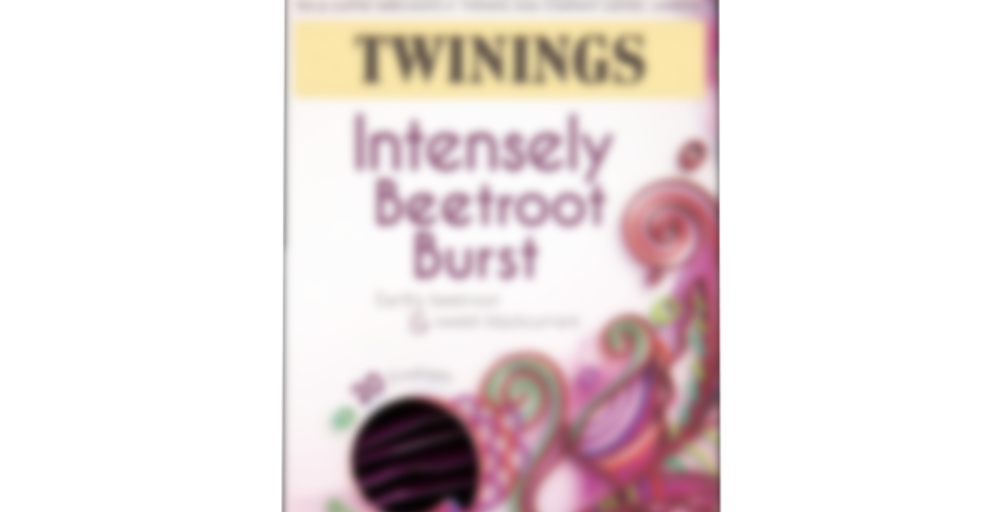 This charming blend is full of surprises….

The delicious earthiness of deep purple beetroot is perfectly complimented and lifted by a tang of a sweetness by the juicy blackcurrant flavour.

This is a stunning, rich infusion with an intense taste.

Naturally caffeine free, this surprisingly delicious blend can be enjoyed anytime of the day.

Second stray Twinings of the day. I can’t actually remember when I picked these up? The fact that I only have one of each must mean I was filling in an order to get free postage or something like that, but I can’t actually recall doing it. In any case, this one was a surprise instant hit with me.

The first thing I feel I should point out is that the liquor is a gloriously bright pink. I gave the bag 3.5 minutes in boiling water, no additions, and it cheered me up just to look at it. The second thing to say is that it’s actually beetroot and blackcurrant, which isn’t really reflected in the name. The final thing is that I would happily go out and buy every box of this I could get my hands on (right now, if I wasn’t at work) because it’s the most delicious fruit/herbal tea I’ve tried in a long, long time.

The initial sip is very blackcurrant-heavy, but it tastes just like the actual fruit. I was expecting a more ribena-style flavour, but it’s nowhere near as sweet or artificial as that. There is a natural sweetness, to a degree, but there’s also a touch of sharp/sour in the mid-sip that I’m really enjoying. So flavour accurate! The beetroot plays second fiddle to some extent, but it’s there in the mid-sip contributing an earthiness and maybe even some of the sweetness that the blackcurrant itself lacks. It’s a great pairing, and the two flavours work fabulously together with no tartness (or hibiscus!) in sight. I’m impressed that it strikes such a good balance – I’m not used to getting that from bagged teas in general, or from Twinings in particular, so this one’s a bit of a revelation.

So much for narrowing down my cupboard. I’ll definitely be drinking this one again, not least because I think it’ll make a fabulous cold brew this summer!