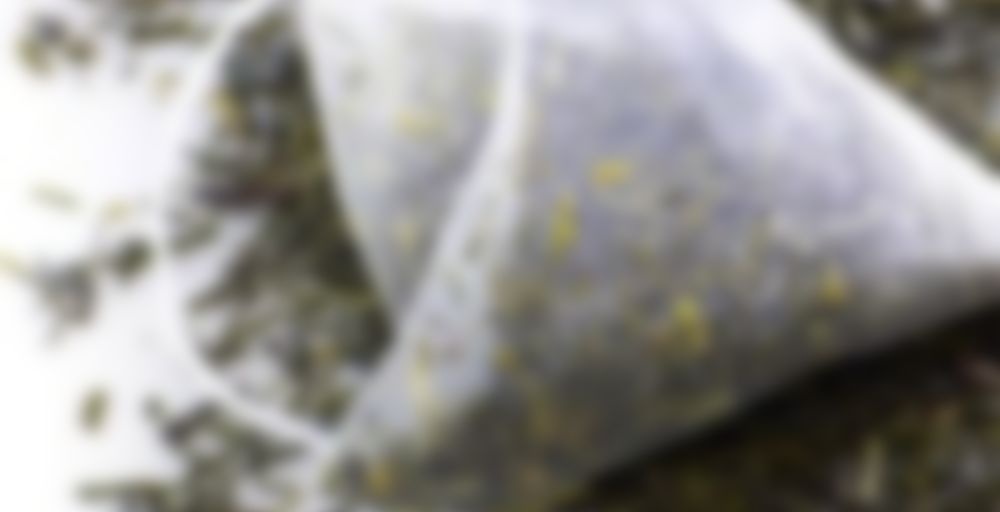 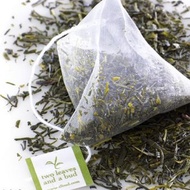 by two leaves and a bud
67
You

This incredible Japanese tea is steamed as it dries, yielding a sweet, light flavor with no bitterness. Like all high quality Japanese green teas, this tea is green, not brown.“Tama” means round.“® yokucha” means green tea – so “round green tea.” This extremely green tea is finished in the shade – it is covered for the last few weeks of growth to preserve the chlorophyll. This gives it a full and complex flavor. It is a “Gyokuro” style tea – the most sought-after of all Japanese green teas.

I have had a really gnarly cold for the past week or so, preventing me from consuming tea in the way I normally would. In fact, especially toward the beginning of being sick, drinking tea would aggravate the rawness of my throat if I didn’t use an absurd amount of honey (to the point where I might as well be drinking just hot water with honey and no tea at all). So I have been out of the loop in the meantime!

For the past couple of days, I’ve been able to drink a little tea and (mostly) taste it, but it wasn’t until this morning that, upon making a cup of tea, I could also smell it properly. So exciting!

This Tamayokucha is like a breath of fresh air to me right now. It’s a great tea to start with when being able to drink tea once again. It’s mild (overall) and has a nice flavor. While it’s never going to be one of my favorite teas, just now it’s making a very nice impression on me, immediately following over a week with practically no tea at all.

Still a far cry superior to other bagged teas, this is one I would likely bring along with me on expeditions where carrying loose leaf is just not a good idea!

I’m glad you’re feeling better too. And I agree with Amy, green tea is great for after I’ve been sick. It’s as though I can feel it working!

I’ve been sick to! honey has been my best friend :)
and I think you’ve inspired me to break out my greens tomorrow…

Thanks! I’m glad I went with the green because it definitely helped! I even made it to yoga again yesterday after work and, at the end of it, I could feel my body going all detox on itself. The only problem is it rushed everything straight to my head and I’ve had a headache from it ever since. Maybe a little more green this morning will help settle that down!

Hope you feel better too, Indigobloom!!

thanks! I do feel better today. I think your wishes did it :P

I’ve been on the road a good part of the day and went to a little restaurant before heading home. They had a selection of 2 leaves and a bud teas right there out in the open on my way out so I asked if I could buy a few individual bags since I haven’t tried any tea from this brand yet. I brought 4 home and this is my first one.

It looks and smells like a typical green tea and upon first sip it seems to be a peppery tasting green tea.

I think I might go outside my comfort zone on this one and add some Agave Nectar just for the hell of it.

Are you shocked? I am.

It’s actually not too shabby. It cuts back on the pepper taste I was getting and it is quite enjoyable. I may try this Agave Nectar method every once and a while but I will certainly report with my normal way first…which is naked. :P

This tea naked I would give about a 70 – this with agave nectar I will go between 75 and 78ish.

It will be rare…but…thought I would expand my horizons! LOL

give me sugar! nomnomnom (or honey i like honey)

Nice green tea, I added 1/2 tsp of honey to it. The tea tastes slightly nutty and very smooth. It has the green tea taste and has no bitterness.

I’m used to drinking black teas. I think I need to try more green teas as I really know nothing about them. So far the only one I like is Kukicha.

I looked for kukicha (after reading about it on wiki) yesterday on the different online sites and today, you mention it and there is a discount code for it w/ free shipping in the ‘discussions’ posted today. It’s fate. I may just have to get it…!

I thought I had logged this before…. weird. Anyway nice, grassy and buttery.

This past week, I received a newsletter from Two Leaves and a Bud, naming this tea as the “Steep of the Month” – so in honor of that, I decided I would brew myself a cup.

I really like this tea. It has a beautiful nutty and vegetative flavor to it. Buttery. Delicious!

I couldn’t find this anywhere, but – by accident – finally located it at a Korean eatery near my work. It’s a very resilient green tea, handles 190F water like a champ. The flavor is lightly grassy, kelp-ish, sweet, and a bit buttery with a fruit note. Everything a guricha should be.

I meant to log this back when I started the box, but failed. Oh well.

It’s mostly pretty grassy, with a bit of butter. Steeps to a very pretty yellowy color. Oversteeping gives it a sharp note somehow, but I’m not sure how to describe it. Not bad, but not good enough that I am going to go buy another box, and I’m not really regretting having finished it. Still, I drank 15 cups of it, so it’s not like I really disliked it.

I assume this entry is the same tea that I tried. On the company website, it’s now called “Organic Tamayokucha Green Tea (Light Caffeine).”

For those of you who know me, I scheduled regular write-ins for National Novel Writing Month at Moscow Bagel & Deli when I lived in Idaho. And on those cold November evenings, I would always order a large cup of tea. And I always chose from the selection a teabag of Organic Tamayokucho Green Tea by the Two Leaves and a Bud Tea Company. Why? It was the only green tea I liked from the selection. And green tea, for me, is a familiar thing. It doesn’t become a distraction in of itself when I’m concentrating on something else. This is one of those times when a diva tea is not wanted.

The tea is almost yellow with an aroma and taste that was very mild. There’s no bitter, astringent, or off tastes. It’s green tea, stripped to the most basic. There’s no wow factor, but I think that’s the whole point of its charm. It’s stoic, supporting, and gets the job done.

Sweet. Grassy. Handles my oversteeping with grace. A nice green!