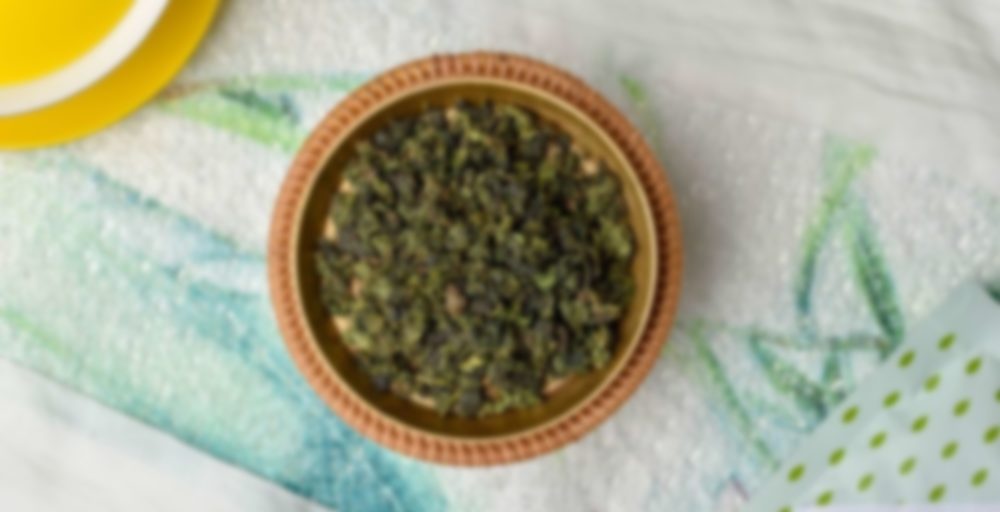 Master Zhang’s varietal cultivar from the peaks above Daping Village.

This is an interesting tea with a rather atypical profile for a green oolong. Unlike other teas in this category, it’s not floral and instead has a savory/fruity character.

It’s hard to believe at first that this is an unroasted tea. The dry leaves in a heated gaiwan smell very spicy. There are also mineral and burnt wood aromas. The first steep is toasty and savory, with some spice from the aroma in the aftertaste. In the second steep, the taste of the tea becomes clearer. A melon like sweetness begins to settle in and it finally tastes like a a green oolong. There’s a savory undertone to it that helps balance the tea. Third steep onwards it becomes smoother and more fruity as the melon sweetness intensifies.

While I liked this tea, I found it to be quite similar to Verdant’s Ruan Zhi. Overall, a light and balanced tea that’s a welcome change from flowery teas.

So far, I have spent my New Year’s Eve finishing up some of the tea samples I have collected over the course of the year. This was one I had forgotten about entirely. I bought it towards the end of the summer right before Verdant seemed to run out of stock. It was around the time I tried and reviewed their Traditional Anxi Dan Gui. Anyway, Dan Gui is a newer cultivar mostly used in strip style Wuyi oolongs, but also used for rolled oolongs and green tea. From what I gather, it is one of those cultivars that has managed to become popular in China in recent years, but has not yet been as successful with Western tea drinkers.

I prepared this tea gongfu style. After a quick rinse, I steeped 5 grams of loose tea leaves in 4 ounces of 208 F water for 10 seconds. This infusion was followed by 11 additional infusions. Steep times for these infusions were as follows: 12 seconds, 14 seconds, 17 seconds, 20 seconds, 25 seconds, 30 seconds, 40 seconds, 1 minute, 1 minute 30 seconds, 2 minutes, and 3 minutes.

Prior to the rinse, I took a whiff of the dry tea leaves and immediately noted aromas of watercress, sweetgrass, eucalyptus, lilac, and hyacinth. After the rinse, I picked up intense aromas of watercress, sweetgrass, eucalyptus, lilac, and hyacinth balanced by aromas of cilantro, elderflower, and nutmeg. The first proper infusion produced a similar, though slightly spicier and more floral aroma. In the mouth, the floral notes were fairly thin and mostly supported robust notes of sweetgrass, watercress, eucalyptus, cilantro, nutmeg, and cinnamon. Even at this stage, there was a slight mineral presence on the finish that made me question how long this tea would last. Subsequent infusions, however, saw the floral aromas and flavors intensify. The vegetal character was still present, but was now effectively offset by aromas and flavors of lilac, hyacinth, cream, butter, and elderflower. Cinnamon, nutmeg, eucalyptus, and mineral notes continued to leave a mild tingle on the finish. Later infusions saw the floral aromas and flavors recede. In their place, aromas and flavors of cream, butter, watercress, sweetgrass, and minerals asserted themselves, though a faint floral character was still just barely detectable on the nose. On the finish, I could still detect ghostly impressions of cinnamon, nutmeg, and eucalyptus before the minerals once again dominated.

This was an odd, but very enjoyable Anxi oolong. I know that I have expressed a degree of antipathy toward some of the Anxi takes on Wuyi oolong cultivars in the past, but this one was very nice. I especially appreciated the fact that some of the spice and mineral notes that seem to be most strongly associated with traditional Wuyi takes on this cultivar were not completely obscured here. I could tell that the green finish that has become the norm for many Anxi oolongs brought out the tea’s more floral, savory, and vegetal qualities, but the subtle spice, herb, and mineral touches kept reminding me that I was drinking a cultivar that has become strongly associated with the Wuyi Mountains. Due to this tea’s approachability, as well as its unique aroma and flavor profiles, I would strongly recommend it to oolong drinkers looking for something new or curious as to how changes in terroir and processing affect specific tea cultivars.

Here’s proof I really just don’t handle flowers well. I poured myself a cup of this and turned to my wife and said “I’m not going to be able to tell any difference between these eleven teas” and she said “Really? This one is completely different!”

I will say what I said yesterday:

This is high quality leaf. The mouth feel is great. The floral thing isn’t soapy or cloying.

There is a difference between “not my taste” and “not good”.