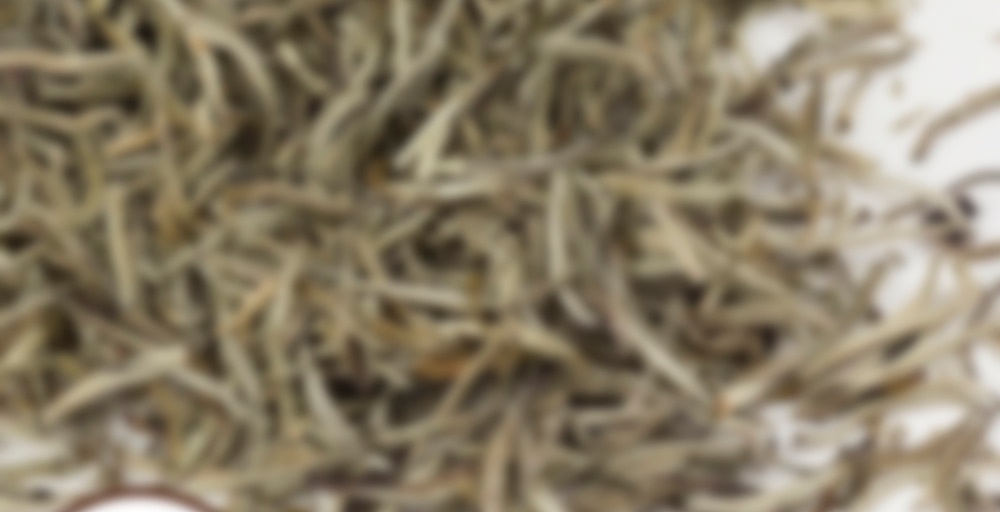 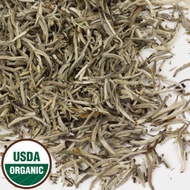 We usually hang out on this night. I mean, I see her other nights, later on in the week but tonight is, well, in my mind tonight is our night. Its usually a movie, one that I think she should watch or vice versa. She always sits to my right on the couch. Sometimes she’s lying down, curled up in a ball of comfy sweatpants and a big hoodie. Sometimes she puts her feet under my leg because her feet get cold. Sometimes I think about telling her all those things I want to say but can’t. Won’t. Shouldn’t.

Yet, here I am, lying on my back, computer propped up against my thigh which is crossed over the other, a mug of tea resting on my chest just under my nose. Here I am, inhaling Jasmine Silver Needle as my fingers flutter around the keyboard. Here I am, alone with my tea.

Not that big of a deal, really. She’s sick; a legitimate excuse. I just wanted to see her tonight, that’s all. Its fine. Gave me an excuse to write about tea.

Its was too late to drink a green or an oolong so I pulled my neglected little Jasmine SN pouch out. I’ve been avoiding it for a reason: I know I won’t dig it as much as most people do. It just doesn’t make any sense to me to mess with my SN taste I like so much.

Actually, its kind of cool, the exactness of the process. The leaves have to be plucked in April and then stored until August, which is the time the jasmine is harvested. The jasmine has to be picked at twilight because that’s when the flower buds begin to open up. After three hours of resting, they’ve opened the entire way and their temperature has cooled enough to be mixed with the tea. There’s more behind it, how many layers, how many times fresh jasmine flowers can be added, etc. but I won’t bore you (if I haven’t already).

The color. Its got that SN color I adore. I steeped for shorter than recommended because, well, that’s what I do: the color is lighter and the taste cleaner. Faint, golden yellow with the slightest, I mean slightest, tinge of peach. Its not pink or orange. There’s just a dark-peach hue that is barely recognizable.

There’s that hushed, almost muted woodiness that I look for in SN. But the jasmine adds another layer of airiness to an already feathery, soft mouthfeel…and I don’t know if I like it. The jasmine doesn’t linger and it doesn’t overpower. It doesn’t do anything wrong. In fact, its great. Its really great. Its damn near beautiful. This is a smooth, light, clean, refreshing up of tea. Its calming and just tastes nice. I just don’t care for it. I get it. I do. I can see why people love this stuff. Its a great tea. Just not for me.

Its actually one of the few teas that I can say is the perfect cup for enjoying alone.

Just wish I wasn’t doing it.

I usually avoid jasmine but after drinking this tea I can totally see its appeal. This is a perfect proportional blend of flavor notes. I prefer the plain silver needle version of this tea, but this jasmine variation is no slouch. The fragrance is like that blissful inhale of a good green tie guan yin, though more pronounced, and the flavor carries it through all the way. Drinking this on an overcast day might fool you into thinking the sun is out.

I am finally home and picked this to wind down before the day must begin again. My favorite aspect of white tea is its colour. I absolutely love the iridescent pearl glow this tea brews. I always brew white tea in my glassware, so I can show off these beauties. The glass practically disappears and it magically distorts its surroundings. hahah I just love it! I know that this isn’t the best Bai Hao Yin Zhen, but it does hold its own. Its a very nice and general brew. Its dependable to say the least. The dry buds may not be porcelain diamonds; they do have some darker colors and mudded feel. This is still a simply enticing brew. It has a light honey flavor with a wisp of floral. It gives you a smooth nectar mouthfeel and finishes with warm hay. I enjoy it and always have. This is a great buy and it has always been my white tea staple.

This was a swap from Jude many moons ago. I think if I had tried it when I first got it, I would have enjoyed it more. However, in the intervening period between then and now, a few things happened:

1. It got stored next to Tealux’s “Secret of Love” tea in my cupboard, and
2. I tried Teavivre’s Silver Needle Jasmine tea.

That’s a lethal combination, as this silver needle tea had a really high bar to clear while inadvertently absorbing the flavours of the much stronger tea right next to it.

Unfortunately, it couldn’t hold up. The jasmine flavour was barely there, and instead I got a whole lot of white tea weakness.

I disliked this so much, in fact, that I put the remaining unused leaf in the compost. I knew I wouldn’t drink the rest.