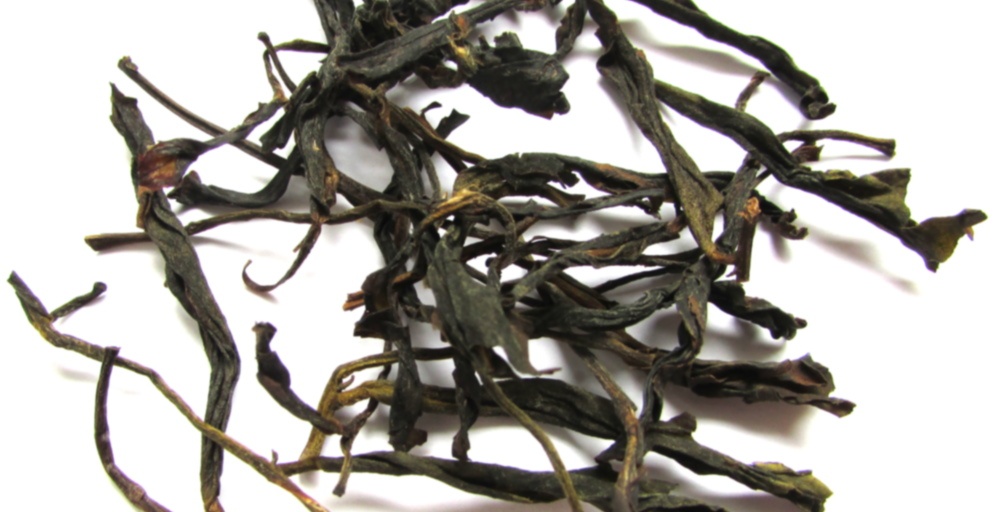 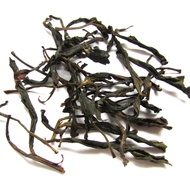 An aromatic oolong with a smooth sweet gently roasted taste with well defined orchid notes, most reminiscent of Dancong oolongs.

Produced by Toba Wangi who have recently established two tea estates (one assamica and the other sinensis) in West Java.

Toba Wangi are run by Galung Atri who has introduced new ideas to the Indonesian tea industry having learnt from tea producers in Wuyi and Japan.

I’m still making my way through some of the Toba Wangi teas I purchased this year. This was my most recent sipdown and it ended up being one of the more intriguing and enjoyable oolongs I have tried this month. The tea, itself, was quite reminiscent of a high-quality dancong oolong, though I imagine that open-minded, adventurous oolong drinkers would enjoy it as much as dancong enthusiasts.

Prior to the rinse, I picked up aromas of roasted grain, orchid, hay, and stone fruit from the dry tea leaves. After the rinse, I detected a stronger orchid scent and emerging honey, nectarine, and plum aromas. The first infusion further emphasized floral and fruity aromas, though I did not note anything new on the nose. On the palate, I found a prominent orchid note which gave way to subtler impressions of grass, hay, roasted grain, and stone fruits. Subsequent infusions continued to bring out strong orchid impressions, though I also began to note emerging violet and plumeria notes. The stone fruit impressions grew stronger and more distinctive. I found distinct plum and nectarine notes all over the place. The honey also started to show up in the mouth. Impressions of minerals, cattail shoots, pomegranate, watercress, cream, butter, malt, pear, and raisin emerged too. The later infusions emphasized butter, malt, and mineral notes, though I could still find lingering fruity, vegetal, and floral notes in the background.

This was a fun and unique oolong that brought a lot to the table. It also demonstrated admirable longevity and versatility; I made a point of later brewing it Western and it turned out great. To be quite frank, I preferred this tea to some of the dancongs I have been trying lately.

I originally expected this tea to be darker than it was, but after looking at the leaves closely and the other reviews on here, I decided I needed to try this one once. Western or Gong Fu, it was a good experience. This is closer to a greener Dan Cong, but the distinct violet taste displayed a unique character that I don’t see in many other teas.

I feel unoriginal in copying them, but the notes displayed pretty much describe it: Floral, creamy, clean, buttery, sweet like violet and accented by a nutty roast. The roast is more prominent Western and showed up later steeps Gong Fu, and the combination with the creamy florals made me think of steel cut oatmeal. The profile is fuller in Western starting at 3 minutes giving you at least three more solid rounds, while Gong Fu gives time to differentiate the tasting spectrum. The liqour is also lighter, giving more of a Gao Shan or Bao Zhong yellow hue as the leaves turn into a healthy light green kissed by purple. The overall tea is soft no matter what, and was approachable for my brother who does not care much for straight oolongs. He reused the French Press for seconds.

I cannot say that I’d make it a staple like I might with the Toba Wangi Baozhong, but it is a unique tea that I am very glad to have on hand. I would not say no to it if I were offered it again, and it is good enough for me to chose over some Dan Congs. The violet and creamy notes are very unusual in this very oolongy oolong, and they endure most cups when brewed. It is better offered to an intermediate drinker of oolong or those looking to expand their terroir, although the soft profile makes it very easy to drink.

I’d rate it between 80-90. The quality is great for the price, and the tea is unique enough to stand out on its own. As for those who have tried it, I’d love to see your thoughts on it.

I’ve got a sample pouch of this in one of my tea totes. Around the end of the month, I am hoping to spend 2-3 days doing a Toba Wangi tea shootout with this, the Golden Needle Black, and both the Needle and Redolent greens. I’ve been curious about this producer for some time, so now that I know that this is at least a solid tea, I’ll probably go through with my plan.

Backlog. I tried this three times all westren. I just haven’t had time to gongfu lately.
1st time
3m- roasted (slightly) with minor flower notes, creamy. I’m sensitive to roasted teas so I was glad that this wasn’t overwhelming.
3m – sweet, creamy, flower – violet?
2nd time – sweet, vegetal, roasted
3rd – floral, faintly sweet, roasted. It was the most floral on the last steeping.

I felt like maybe I missed something, but I don’t like the tea enough to reorder in order to try it gong fu. Sipdown.

This was one of my favorite new teas I’ve tried this year, with mostly positive aspects and a unique nature. The general effect is that of a bright, sweet, pleasant lightly roasted oolong with a nice range of flavors. Flavor aspects include fruit and floral range, with fruit in the range of melon and floral not completely unlike Dan Cong, the typical honey orchid aspect. I compared it directly in tasting to a nice Dan Cong and it gave up a little related to presentation of refined, clean flavors, not the kind of thing one might notice straight away, more in comparison. I obtained a sample directly from the producer, not from What-Cha, but since it is generally available in the US and Europe through What-Cha I’m reviewing it listed as their tea, identified as from Toba Wangi by them. A more complete review appears here: http://teaintheancientworld.blogspot.com/2016/04/wu-mei-oolong-from-toba-wangi.html

Soft and plush with a floral burst and growing sweetness. Notes of butter and magnolia blossom linger well into the finish, which is smooth and very slightly drying. A splendid oolong.