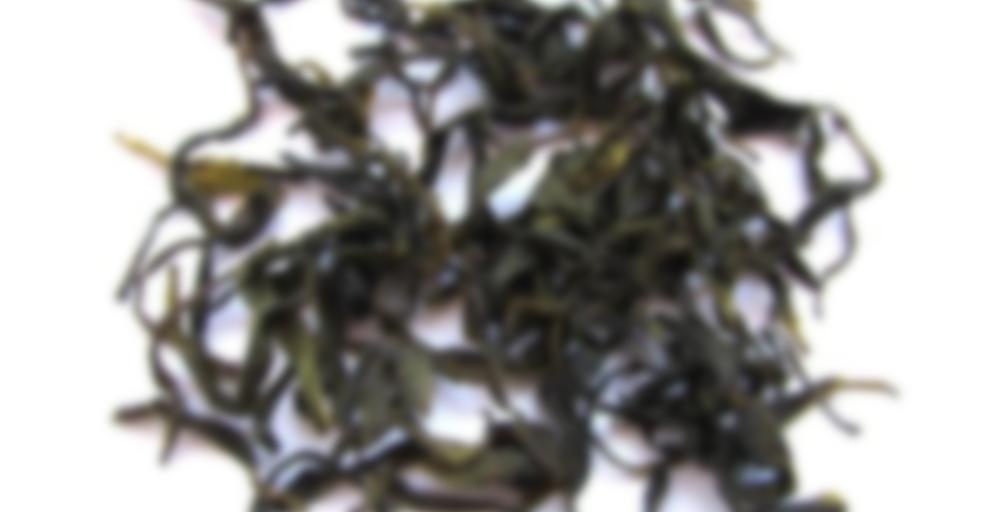 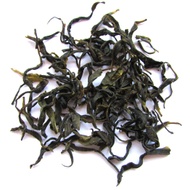 A powerful green with apricot notes which linger in the mouth coupled with some astringency.

Organic: Yes but not certified

This was another of my sipdowns from earlier in the month. I tried to keep as open of a mind as possible while reviewing this tea because Nilgiri teas have never been favorites of mine. Despite the fact that the previous Nilgiri teas from What-Cha that I had tried were impressive, I was not expecting much out of this one since I find Indian green teas to be very hit or miss. Lo and behold, this Nilgiri green tea ended up greatly impressing me. I have not been drinking a ton of green tea so far this year, but this one will likely remain one of the most satisfying and interesting green teas of the year for me.

Prior to the rinse, the dry tea leaves produced aromas of malt, raisin, dried cranberry, and sorghum. After the rinse, I detected new aromas of apricot, mustard greens, and spinach. The first infusion introduced aromas of honey and grass. In the mouth, the tea liquor offered notes of malt, grass, sorghum, sour apricot, honey, mustard greens, and grass that were balanced by hints of butter, pear, dried cranberry, and spinach. The subsequent infusions introduced aromas of sweet corn, butter, pear, sour cherry, and citrus. Stronger and more immediately noticeable butter notes came out in the mouth alongside belatedly emerging raisin notes and impressions of minerals, sour cherry, sour plum, cream, kumquat, and bitter orange. I also noted hints of sweet corn, umami, grapefruit, and juniper as well as touches of wintergreen after each swallow. As the tea faded, the liquor began to emphasize notes of minerals, grass, spinach, malt, bitter orange, sour cherry, sour apricot, and sour plum that were backed by fleeting hints of grapefruit, honey, dried cranberry, cream, sorghum, umami, sweet corn, raisin, and wintergreen.

As Indian green teas go, this one struck me as being unique. In terms of body and texture, it reminded me of some of the better Yunnan and Vietnamese green teas I have tried, while its aroma and flavor profiles were like a mixture of Assam, Yunnan, and Vietnamese green teas with some truly unique and unexpected characteristics that one would not normally expect to find in any of those teas. Overall, this was a very likable and satisfying tea that more than held its own in a relatively lengthy and intense review session. I would have no issue with recommending it to anyone looking for a vibrant, memorable, unique, and challenging green tea.

Did you happen to try this western style?

I did indeed try this one Western style. I quite liked it and found that it was a pretty adaptable green tea.