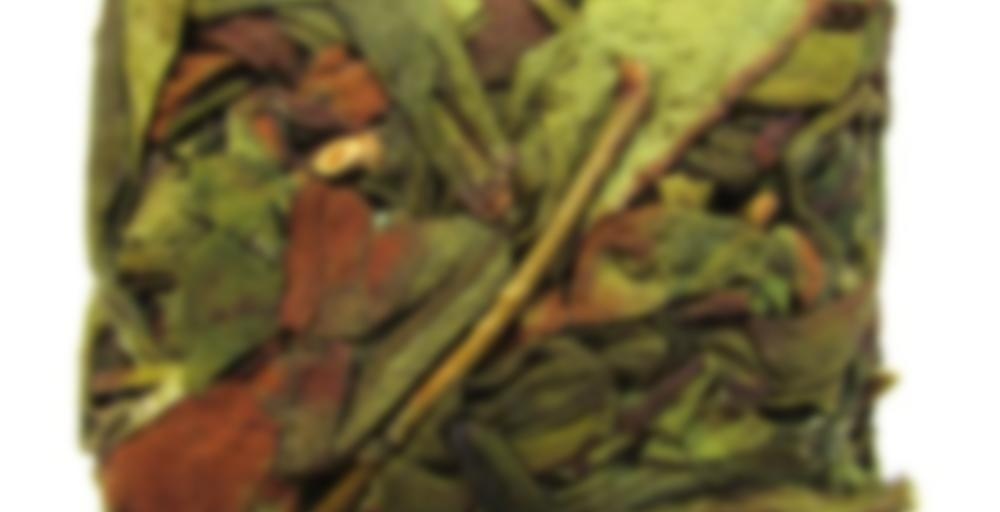 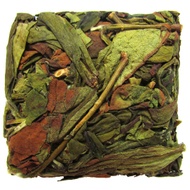 A very unique tea with an incredible floral aroma and taste with a creamy texture.

Zhangping Shui Xian is the only oolong tea which has traditionally been pressed into a cake, a practice which dates back for well over a century.

Each cake is roughly 9g in weight.

Packaging: Cakes are individually wrapped in paper, which are packaged in a foil bag

It seems as if I am in the mood to review Shui Xian today. This was another recent sipdown of mine, from about 2 weeks ago. I recall drinking this tea the day after I drank and composed notes for the Zhangping Shui Xian black tea mini-cake I just reviewed. To this point, I have found that Zhangping Shui Xian is very hit or miss for me. This one was not terrible, but it also displayed some notable flaws that I found irksome.

Since I am most used to light roasted Zhangping Shui Xian, this tea represented a return to more familiar territory for me. Just about everything I would expect to encounter in a light roasted Zhangping Shui Xian cake was present in abundance, but I did note some issues that I should take the time to illustrate. First, I noticed that the leaf quality in the cake I received was terrible. I have no clue whether or not this was an issue with many or all of these cakes, but there was a ton of grit and dust on the inside of the cake, so as it loosened and unraveled over the course of my drinking session, more and more ground-up leaf and stem gunk made its way into my cup. Trying to filter it out was both a nightmare and nigh impossible. Second, this struck me as being rather large for a Zhangping Shui Xian cake. I think the cake I received weighed around 9 or 10 grams, and unfortunately, I did not have a gaiwan large enough to accommodate it. I did the best I could with what I had, but the end result was that I effectively overloaded my largest available gaiwan. Normally, that would not have been a big deal, but this tea displayed such powerful grassiness, bitterness, and astringency on the early infusions that getting through to the good stuff it had to offer was a chore. I noticed those qualities remained throughout my drinking session, though to a much lesser extent, so while I may have been able to rein them in by brewing this tea in a larger and more appropriate vessel, it is extremely unlikely that I would have been able to fully tame them, let alone eliminate them entirely. Overall, this tea was far from terrible, but it did strike me as having some issues. It was enjoyable, but it displayed enough roughness and unevenness to limit its appeal for me. Those of you who have this tea in your collections and have yet to try it, be aware that you will need a fairly sizable brewing vessel for it, and you will need to pay careful attention to the time and spacing of each steep should you be set on brewing it gong fu.

The pillows I got were just as finicky. They were not as flexible as they had been the first time I had them, but you really have to be careful to get them right.