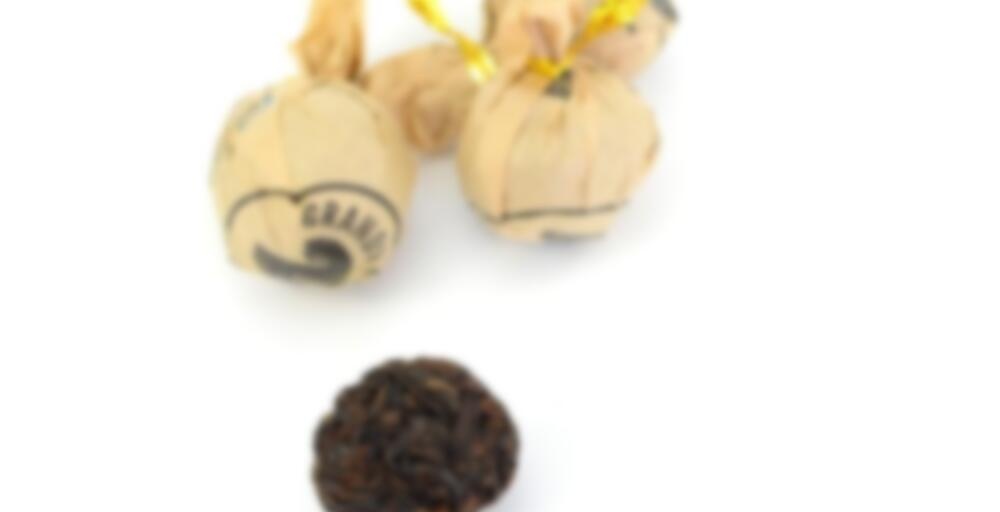 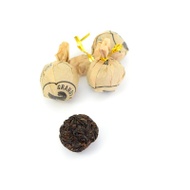 Our Grandpa’s ripe Puer tea is a 7 gram ball that is blended with the intention that you will not handle it with care. Meant to be tossed into a cup, mug, or thermos and brewed grandpa style with very little attention. Just a quick boiling rinse, add boiling water and enjoy. The Grandpa’s has a smooth body and a classic heavy bodied shu character that has legs.

Each purchase is for one ~ 7 gram ball.

This is my favorite tea and I have been burning through these with WFH meetings. It’s so easy to pop one of these in my mug with hot water and keep filling it up. It’s not so intricate that you feel bad about drinking it mindlessly. It gets me at least 3-4 full cups of tea. I have always loved this tea but it has become my best friend the last few weeks. I had so many stowed away and I am almost out of them. Someone recommend more pu-erhs that can be drank grandpa style

Check out DrowningMySorrow’s notes if you haven’t already.

@derk I did! I love the earthy, Carmely coffee notes of this tea. I wish I could find an alternate until I get my order from w2t

If you are in the US, Mandala Tea is a fantastic option.

I have been wanting to order from them for a while. Any recommendations??

Really, can’t most ripe pu be grandpa steeped? I like many of Teavivre’s ripes. And they have samples.

anutea, I don’t have any specific recommendations because my tastes don’t lean toward sweet shou, but pretty much everything I’ve had from Mandala has been very good. I know others here hold them in high esteem. I’d use their contact page to get some recs from the owner Garrett or his partner in tea.

tea-sipper, that’s been my experience with the heavily fermented stuff :)

I’ve been putting off trying this one, maybe because of the name? I don’t know. I’ve drunk other teas grandpa style without any problems but this one makes me think of how my grandfather drinks “tea” (big scoop of Lipton lemon flavored instant powder with cool tap water, keep reusing the same glass over and over until someone realizes you’ve been using that glass all week without washing it and swaps it out so they can soak off all the chewing tobacco slobbers glued on the sides).

Trying to give this tea a fair chance and not be grossed out before I even try it. Grandpa style, as recommended by the wrapper, 14oz Tryeh double walled glass bottle because I’m trying to remember if there was a reason I don’t use this bottle very often. Dry tea just kinda smells like tea, the wrapper had an odd sour scent but maybe it picked up smells from something in the ripe tea box or was a different kind of paper than the others. Brewed tea smells sweet (but mercifully not like grandfather’s sugary instant tea!). Maybe sort of breakfasty? Like waffles and coffee and other breakfast foods all mashed together. Maybe almost some black licorice in there somewhere? Cinnamon? I spent quite a bit of time just breathing in the steam as I waited for the tea to cool enough to drink. Maybe that’s why I don’t use this bottle often, it takes too long to cool to drinkable temperature but doesn’t hold heat well enough to keep drinks hot all day. And the outside of the bottle gets pretty warm for being double-walled. Flavor is strong but smooth. There’s a kind of brown sugar or caramel sweetness. I don’t know what I was expecting from this tea but it wasn’t this. Something about it makes me think of a little diner full of older couples at breakfast time, one of those places where the customers have been going there for breakfast every weekend for the last 60 years. It’s not wild and exciting but I like it. I have several balls left so I might experiment with other brewing methods but grandpa style works pretty well.

One of my favorite rainy day teas because you can forget about it for a bit and keep adding more water and no matter what it’s delicious.
It comes in pressed balls so you have no need to measure anything which makes it super easy to just open, throw in a pot, and enjoy tea.

Shou relaxes me, steeped Gongfu, probably more than any other tea – it actually makes me feel sleepy more often than not. So, I have a feeling I’ll be brewing a lot of shou Gongfu over the next little while…

This is very smooth and consistent with sweet earthy notes. It’s not very complex/nuanced, but makes up for it with the rich body and clean finish. As expected, given its name, I got a good number of steeps out of this one before it lost intensity and body. I know that these dragon balls are basically meant to be Grandpa brewed and not made Gongfu, but I honestly don’t think I’ve ever not steeped this Gongfu!?