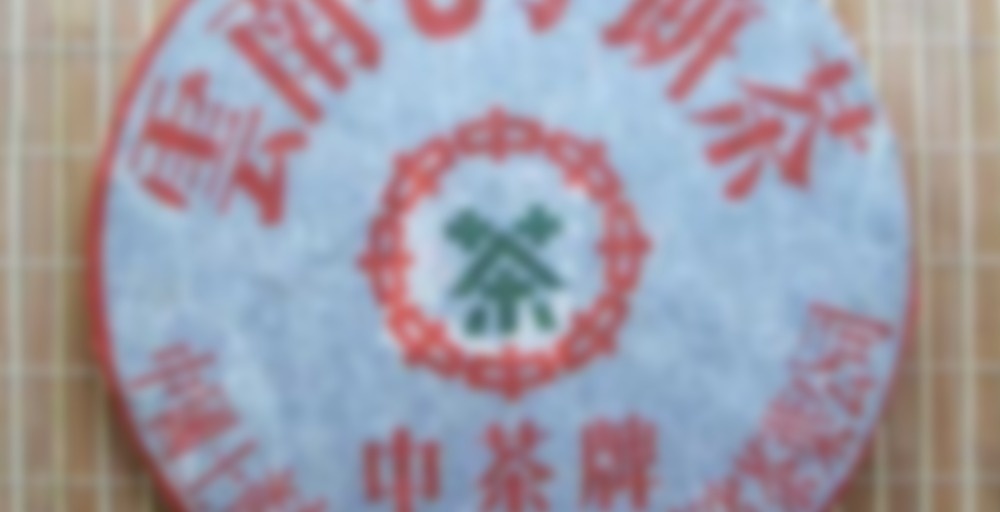 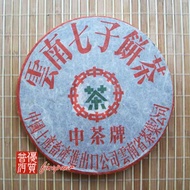 by Xiaguan (from finepuer.com)
--
You

This Zhong Cha brand traditional chinese characters discus tea cake is one of the connoisseurs and collectors favorite. Very seldom can we find this cake on the shelves nowaday because most of them has been kept and furthermore Xiaguan tea factory changed the packaging of this tea in year 2005 and hence this could be the second last batch available.

About Xiaguan (from finepuer.com) View company

This feels like drinking a relaxing old carpet. No interesting flavor notes whatsoever – if anything, a bit more camphorous and slightly drying than I’d prefer – but I’m fuzzy-cheeked and sleepy and pretty happy even after just the first few steeps.

…in pre-Cambrian times, teas like this were know to crawl out of the muck and attempt to form new species. This particular specimen had, to its advantage, a rock-hard carapace that could deflect teeth, claws, picks, knives, and in a truly remarkable feat of evolutionary foresight, small arms fire as well.

It hung on to its bitter disposition once making it to dry land, and intruders upon its space were dealt with harshly. Regardless, due to its delicious flesh, it was preyed upon by many and was believed to have gone extinct by January, 2014. (See Emmett et. al.)

Should you find yourself encountering something you believe to be an early to mid 2000s Traditional Characters, you should also keep in mind that various reports have indicated that “this sucker never dies,” thereby rendering a frontal assault generally effective in producing many, many tasty liquors.

Rumors have indicated that there is a reasonably large reward out for specimens of this, should any still exist, but it’s fundamentally unclear who is expected to provide them.

Should our grant come through, we intend to further our knowledge in this field by studying in some detail its evolutionary predecessor, the 2001 Xiaguan recently discovered by one Mr. Wilson of Yunnan Sourcing, in the hopes that a comparison may prove enlightening.

Thank you for attending today’s panel. Were there any questions?

Thank you, I needed some whimsy today.

Nice! I have an 03 Xiaguan, starting to sweeten up. A little.

I love your reviews!