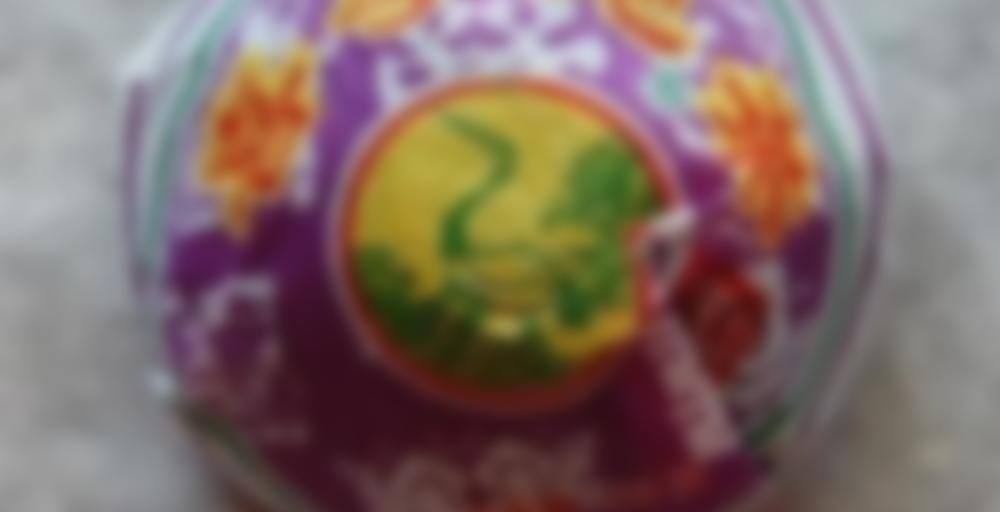 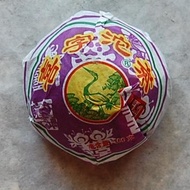 The Xiaguan Happy Tuocha is one of these talked about products as many developed a fondness for it.

This is the first raw puerh I ever bought, and I just busted it out for the first time in months. It’s really quite good actually. The leaves aren’t as chopped up as they are in many tuos, in fact I saw a few pretty whole leaves in there. The aroma from the leaves smells like a fine, sweet cigar, but not too many of the tobacco or smoky notes translated into the flavor of the brew. It started out with maybe a leathery flavor, but that went away after a steep or two. This tea got quite sweet. It was mostly a fruity sweetness, but I don’t think I could tell you what kind of fruity it was. It wasn’t citric or tropical…the closest thing I could think of was like an Asian Pear – so kind of like a cross between an apple and a pear? Maybe. Could also just be general fruitiness. I think there might have also been some honey sweetness to it. The liquor was a nice orangey color, not yet brown.

The body was pretty good – decently thick for sure, more creamy than oily or anything. Around the tenth steep or s-…what was that? There! Around the corner. See it? Look closely. Drink a bit more…yes!

It’s the qi ninja! Sneaking up on me with his energy. I didn’t feel much of any qi for most of this session, then suddenly I felt it kind of coursing through my body starting from my chest and into my arms, and belly. That’s neat.

Having had more experience with raw puerh, I think I definitely consider this one a winner. I was bummed to see What-cha was out of it, but I found another seller who had a few on ebay. Nobody buy them before I get more, please ;) This seems to be higher quality than most other tuos that I’ve gotten, as evidenced by the larger leaf pieces and just the flavor and power of the tea.

Matu if you ever need help finding anything in the puerh line let me know as I have some good contacts.