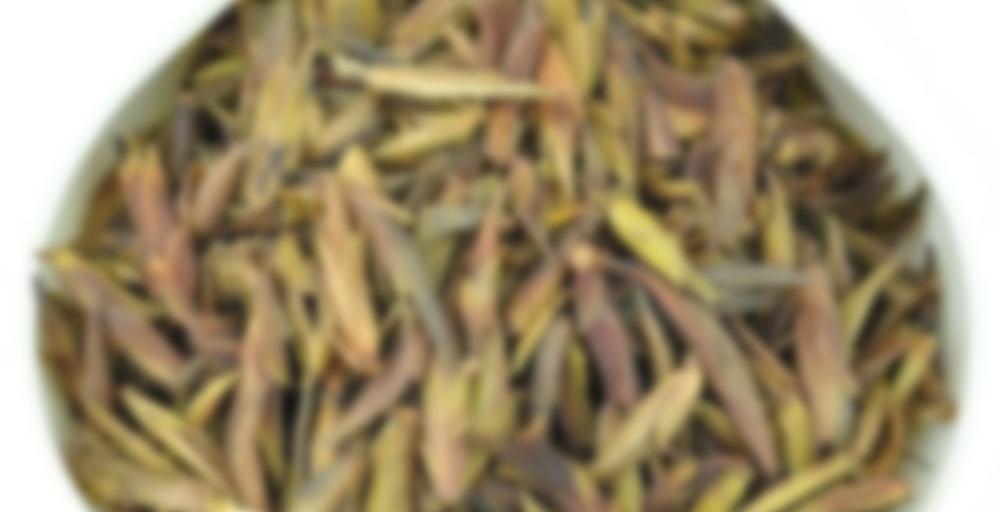 These little purple buds come from the “ye sheng” varietal of camellia tea trees which grow wild in tropical Dehong. These sun-dried buds are in a very limited supply and are in high demand among pu-erh tea connoisseurs due to their richness and complexity! They have a fresh and fruity flavor similar to other varietals of sun-dried buds, but they also have a deep and robust aroma and aftertaste which are very reflective of their “ye sheng” origins!

I somehow ended up with 100 grams of this tea in 2017, and quite frankly, I have no idea how that happened. I cannot find any evidence that I purchased more than 50 grams, so I am guessing there was some sort of mistake made when my order was processed. I almost never bother buying a ton of yabao at once because I tend to take my time with it. It’s not something I can drink regularly. Since I ended up with two 50 gram pouches of this yabao, I kept one and gave the other to one of my best friends as a Christmas gift. He’ll be fascinated by it and will get a lot of mileage out of it. At least it won’t go to waste. I actually started working my way through my pouch back around the end of November but only got around to finishing it last night. I found this to be a fascinating and highly enjoyable yabao, but like every other yabao I have tried, it would not be something I would choose to consume frequently.

Prior to the rinse, the dry buds emitted aromas of smoke, red grape, plum, charcoal, and citrus. After the rinse, I detected vegetal scents reminiscent of asparagus, okra, bok choy, artichoke, and grass as well as a subtle scent of sea salt. The first infusion introduced subtle scents of celery, spinach, and malt. In the mouth, the tea liquor presented notes of smoke, charcoal, malt, spinach, bok choy, celery, artichoke, and sea salt that were chased by hints of citrus. Subsequent infusions introduced aromas of pine, cedar, seaweed, and bamboo as well as clearly defined lime and bitter orange scents. Okra, asparagus, artichoke, red grape, and sour plum notes belatedly came out in the mouth alongside impressions of minerals, butter, cream, anise, pine, bamboo, sour cherry, bitter orange, lime, seaweed, and nectarine. I also caught some subtle impressions of vanilla on each swallow. As the tea started to fade, the liquor settled, emphasizing mineral, lime, spinach, okra, sea salt, butter, seaweed, and grass notes that were chased by hints of red grape, plum, malt, smoke, and vanilla.

I generally find yabao to be challenging, but this one was more challenging than most. Yabao often tends to have something of a subtle sweetness, but this one emphasized vegetal, salty, malty, smoky, and woody notes alongside tart citrus and sour stone fruit impressions and a heavy, sharp minerality. It was a tough tea for me, but oddly enough, I greatly enjoyed it. Again, I would not want to have this tea on a regular basis, but for special occasions or the times when a lengthy gongfu session is necessary, this would be a suitable tea. Sadly, I do not think the version of this tea that Yunnan Sourcing offered in the spring of 2018 was from the same trees as the listing mentioned that particular production being different from this one. Hopefully, they’ll offer something like this again in the not too distant future.