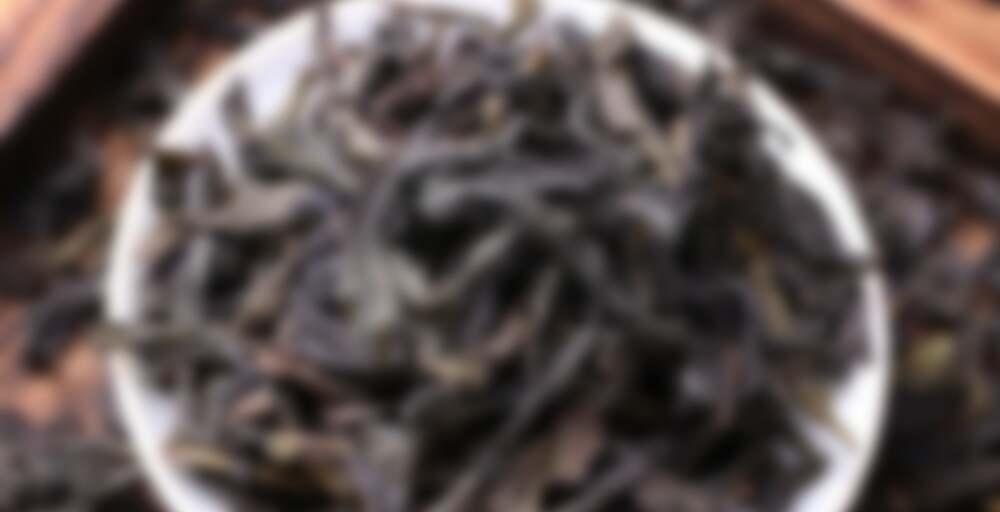 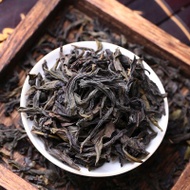 Rou Gui means Cinnamon in Chinese (肉桂茶). It’s varietal of Wu Yi Mountain rock tea that has been around since the Qing Dynasty. First flush of spring tea is picked, wilted, fried, wilted again then lightly roasted to bring out it’s subtle bouquet of aroma and tastes.

Our Rou Gui is a medium roast level and can be brewed 7 to 10 times easily using the gong fu method of brewing. The brewed tea produces a golden tea soup with hints of fruit and chocolate. A lovely tea that can accompany you on almost any tea session.

This was another of the spring 2017 Wuyi oolongs that I aged until late 2021 before trying. It was also a tea that I dreaded trying, because, for whatever reason, I still have trouble with Rou Gui. I appreciate it much more now than I did in the past, but Rou Gui is still a tea for which I have difficulty psyching myself up. If I’m going to go for a more common Wuyi oolong, it’s almost always going to be a Shui Xian or an economy grade Da Hong Pao. Also, when it comes to Rou Gui, I tend to be more into the lighter roasted or specialty variants, so the idea of cracking open a 50g pouch of a classic roast Rou Gui was not the most appealing to me. I resolved to simply get through what I had of this tea, but to my surprise and utter delight, this ended up being an excellent offering.

Prior to the rinse, the dry tea leaves produced aromas of baked bread, prune, raisin, cinnamon, black raspberry, and blackberry. After the rinse, new aromas of plum, roasted almond, and roasted peanut emerged alongside subtler scents of dark chocolate and smoke. The first infusion added a mulberry aroma as well as subtle scents of tobacco and earth. In the mouth, the tea liquor presented notes of cinnamon, tobacco, earth, baked bread, roasted almond, prune, raisin, and dark chocolate that were balanced by hints of roasted barley, smoke, roasted peanut, honey, mulberry, and pear. The majority of the following infusions added aromas of minerals, roasted barley, and orange zest to the tea’s bouquet, though I also noticed an increased earthiness on the nose. Stronger and more immediately evident impressions of roasted peanut, smoke, mulberry, and pear emerged in the mouth alongside notes of minerals, rock sugar, caramel, orange zest, peach, black raspberry, and cream. Hints of plum, blackberry, red apple, grass, and toasted rice were present as well. As the tea faded, the liquor started emphasizing notes of minerals, baked bread, cream, roasted almond, roasted peanut, caramel, and orange zest that were chased by hints of grass, toasted rice, roasted barley, honey, pear, earth, and rock sugar.

This was such a satisfying tea for me because it managed to retain a great deal of the classic earthy, nutty, and spicy characteristics I have come to expect of teas produced from the Rou Gui cultivar, but in its pronounced earthiness, breadiness, and rich dark fruit presence, I could tell that it was starting to show off some of the characteristics teas like this tend to acquire with some age. Though this was neither the most unique nor the most refined Rou Gui I have ever tried, it was a wonderfully durable, aromatic, flavorful, and balanced tea with more than enough complexity to satisfy. Overall, this tea was a treat and struck me as being an absolute steal at its price point.