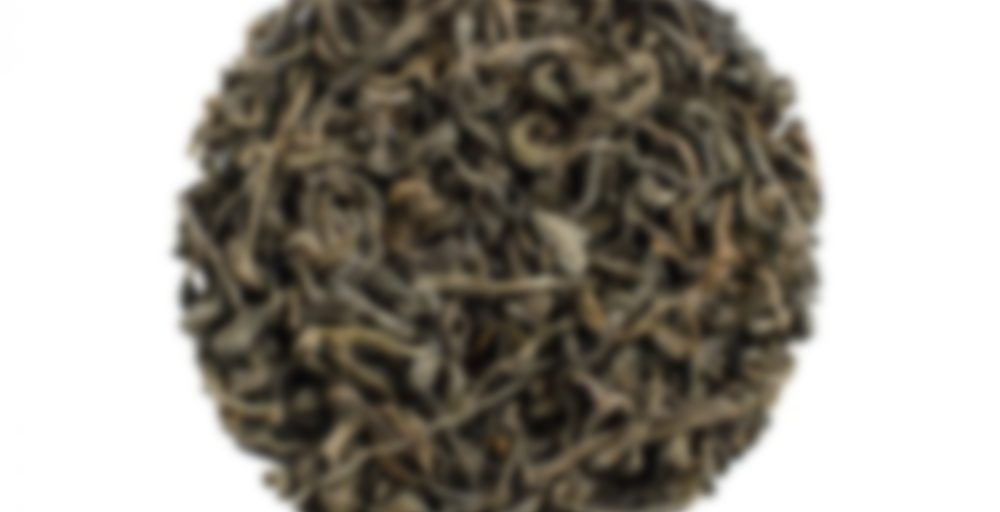 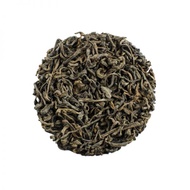 Pu-erh is an aged black tea from the southwest province of Yunnan. It is fermented, making it a strong dark tea with a bold earthy taste. In Asia it is the drink of choice for digestion and weight loss. Drink in the morning as a healthy alternative to coffee. The Caffeine and digestive support will give you a morning pick me up. Pairs well with pastry breads, hearty stews or stir fry with mushrooms. Serve as a hot Tea Latte or make it a hot cocktail by adding a splash of coffee bean liquor topped with heavy whipped cream.

I received this sample in the last Here’s Hoping Teabox, so thank you to tea-sipper for organizing and to all who contributed! This is apparently from ZenTea but not that ZenTea (the one that became “zentealife.com” and started selling teaware instead of tea… I’m fairly sure I’ve tried a tea of theirs before, long ago…) as this ZenTea (zenteaco.com) still has an active webpage and appears to be a mom-and-pop teashop out of Georgia.

Fair warning… I’m not a pu-erh person. Not sure why I decided to brew this today, other than the fact I have a lot of pu samples sitting around that aren’t getting drunk, and I keep thinking, “One day, I will get all the amazing tasting notes that I keep reading about in everyone else’s pu reviews instead of just dirt and swamp water.”

Threw the entire 5.5g sample in my 100ml shiboridashi. After the rinse, the leaf just… had that same marshy swampy smell I seem to always get from pu-erh. Here we go again. Am I broken, guys?

Same earthy/wet dirt/marshy sort of flavor I seem to always get from puerh. I’ve definitely had some that felt a little more abrasive in that flavor than this one, as this isn’t leaning as heavily in that marshy/vegetal realm that I usually get and instead is more like a damp, rank cave, which… is still not my favorite, but preferable to me between the two. It steeped for a long time, but the flavor notes never changed for me. Ah well. Will it ever happen for me? Dunno…

You aren’t broken. You just don’t enjoy pu-erh. I don’t like shu too much as well, but sheng are my cup of (pu-erh) teas.
Or maybe some better teas are waiting for you!

If you’re ‘broken,’ then you may very well be in a majority of those who are as well. For years, the enjoyment of pu erh escaped me. I amassed a large collection of it, read about it, was gifted with it from some of the nicest and most knowledeable people, and always found it to be like that old Peggy Lee song-‘Is That All There Is?’

I don’t like wine. I grew up in the years when the really cheap stuff-Boone’s Farm, Annie Green Springs, Pear Ripple, Mateus Rose’ was popular, then spent several decades living in the ‘wine state’-Californa and trying to cultivate an appreciation of the grape. I’ll take a glass of tap water over a glass a wine any day. Your taste is YOUR taste and there’s nothing wrong with that.