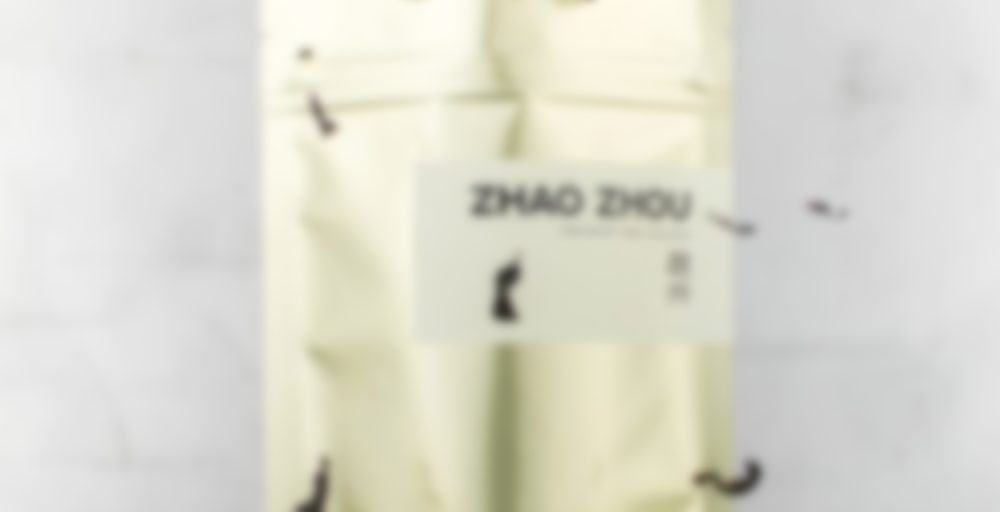 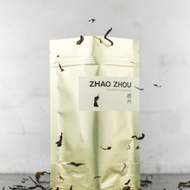 Mei Zhan (梅占) is a medium roasted rocktea (岩茶, yancha) from the Wuyi mountains.
With its intensive fragrance of prunes, it stands out from other varieties in the region. It has a mild, slightly sweet floral taste with notes of fresh plums. It has surprisingly smooth and long-lasting aftertaste.

Wuyi teas have a two major idiosyncrasies: First, they are plucked only during Spring, and second, they are baked multiple times: a half year after the harvest time, then once again a year later.

The Wuyi Mountains is situated in Fujian Province, China. With it’s more than a thousand-year-old history of tea cultivation, and approximate 200 different subgene of the tea plant, Camelia sinensis, the area is listed as a UNESCO World Heritage Site. The mountain’s volcanic nature reappears in the character of the tea: fiery, vitalising ambiance and strong chaqi.

Soo good. I followed their 3-5-7 approach with 150 ml, and it worked beautifully. Dried plums, roast, vanilla, and smoke in the dryeaf, and fresh plums, rock sugar, roasty hints, and vanilla hints in the aftertaste. The liqours color was amber, but with a purple tint. The tea was immensely sweet, and it gave me a bit of a buzz. The same notes permeated the later ones, bringing out more florals like orchid and fiery charcoal in the aftertaste. The fourth began with plums and rock sugar again, then a zingy blackberry note, and then the tea hit the roof of my mouth: smoke and fire. It was not ashy, but it was so sweet and smooth. The Cha Qi made my arms and legs purr. Later steeps brought a little bit of grapefruit, but plum, blackberry, and currant later on permeated it overall. I wish there was more of this one because it had so much complexity. I highly recommend it for roasted tea drinkers looking for some nuance in short flash steeps…or people with taste buds, because it’s good.

Oh my. All of your latest reviews on this tea made me bookmark them. hehe They sound really good.

https://zhaozhoutea.com/product/oolong-tea-sampler-box/ This sampler is a treasure trove.

This is the first I’ve heard of this company and that oolong sampler looks interesting! For Christmas I got some oolongs from a company in Poland called TheTea.pl. Seems premium tea is catching on in Eastern Europe. How much was the shipping to North America?

Leafhopper, around 8 bucks. It was worth it for me, personally.

I think that our search engine has just expanded to them considering that they’ve been drinking tea longer than the U.S. has.

$8 isn’t bad. Another Steepster member recommended TheTea.pl, so I didn’t find it using Google, but maybe the search engine has expanded (or the sites are being translated into English). I know there’s a vendor from Czechoslovakia selling tea and teaware that’s been around for a while.