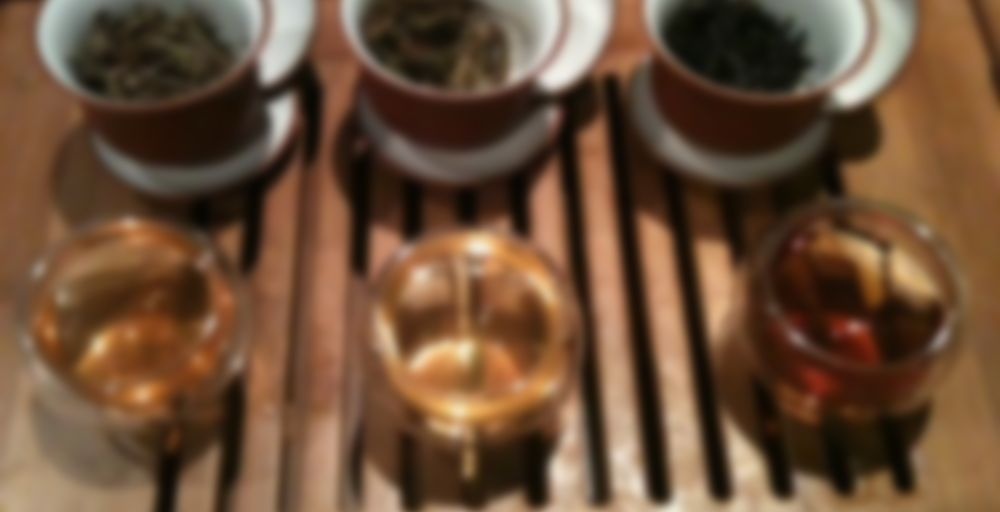 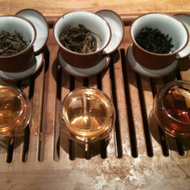 by Maison de Trois Thés
79
You

Bai Ji Guan has proved difficult to find. Jing Tea Shop told me the 2010 year was not a very good one, so that may explain the rarity. Also, this particular Wuyi tea can get expensive. I found the tea at three vendors: TeaSpring and Dragon Tea House (online) and Maison de Trois Thes. TeaSpring dates theirs as 2010; I couldn’t get a date for the other two. The TeaSpring and DTH dry leafs were characteristically lighter than most Yanchas, though not as light as I’ve seen in photos of Bai Ji Guan, not really yellow-green as has been described. The M3T leafs were very dark and almost waxy. I would not have thought they were “truly” BJG if the Madame Tseng & Co were not so reputable.
I brewed them together in three small gaiwans with water coming just above the leaf. The color of the teas were consistent with the color of the leafs, the M3T brew being as dark as Da Hong Pao or Shui Xian.
All three teas were very bright and full. TeaSpring and Dragon House were very close in taste: toasty, not heavy roast, very little oxidation, with a prominent nuttiness, maybe almonds and honey but a little more woody; malty. Some caramel behind that and some light and pleasant floral tastes. Very pleasure making and complex enough for some excitment. The Maison Trois Thes version was not as strongly roasted in taste as in appearance. It was more complex than the others, thought provoking even. The nuttiness was there but not as prominent. More wood and honey and something almost like mild pine nuts and fruit. This one had much more aroma that complicated the taste. I thought of chewing the twig of a fruit tree, for example, after having eaten buttery toast. Or better, if you could somehow lace buttered toast with threads of woody fruit. Sorry, but that’s what it brought to me. I really wish I could do better with the description.
I’m thinking that the M3T tea is older. Do vendors re-roast teas as they age? That would explain the dark color. Surely aging, even a few years, complicates the taste.
I will buy more of the TeaSpring tea; it’s nice enough. (See my more gushy first taste of it here http://steepster.com/teas/teaspring/15607-bai-ji-guan) I will definitely buy more of the M3T if I can get to Paris, which is not likely. But I still don’t think I’ve had the full Bai Ji Guan experience. I asked a tea-friend who just went on a buying trip to China to look for some and he didn’t find any. The 2011 vintage won’t begin to appear before July or even later. I’m hoping Hou De or Jing Tea Shop will get some 2011.
[IMG]http://i56.tinypic.com/1ifp50.jpg[/IMG]
Just one last note. I just received three little red clay and porcelain gaiwans from Dragon Tea House and I love them for comparisons like this one. They are lined with porcelain, which I think is best, but the clay on the outside allows them to hold heat a little better. They are very thin and light. They yield about 60ml of tea, which just fits in most sipping cups. They make me very happy. This whole set up and tea tasting made me very happy.