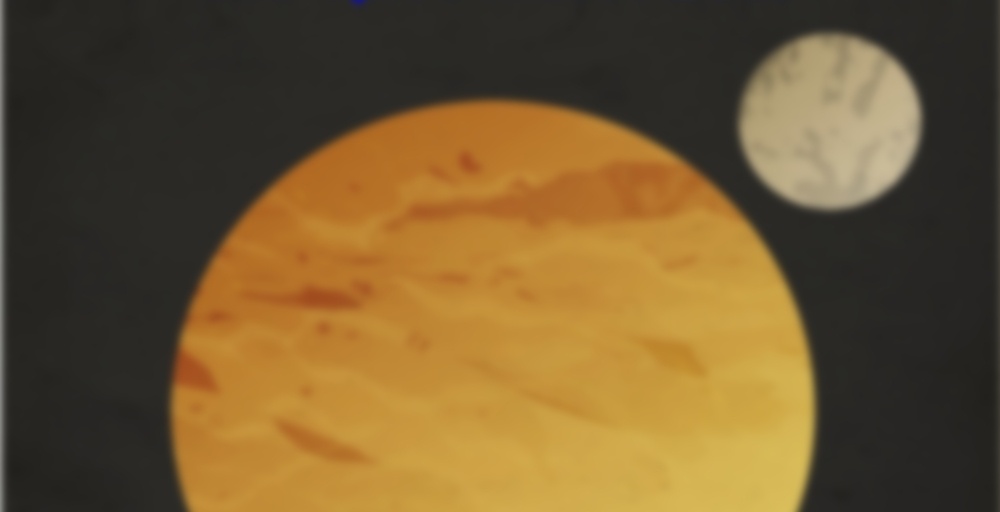 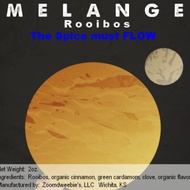 Geeking out a bit this week, with a tribute to one of my favorite novels.

Here’s our Melange Rooibos with caffeine-free African rooibos, cinnamon, sweet green cardamom and clove. The rooibos makes a great base for these spices, and the result is amazing hot or iced. While we can’t attest to this tea’s ability to help you navigate folded space, we think it will put a smile on your face.

I got this in my grab-bag back in July but am just getting around to it now. Backlogging from last night.

This is an excellent chai. It is slightly sweet with a spicy kick. The flavours really work well together here. This will be really good on those cold fall and winter evenings with some steamed milk. Yikes, fall is almost here already!! AHHHHH!

Oh man! added a tiny bit, maybe 1/3 tsp of peppermint to this… and it is SO GOOD!!! Spicy and minty and just all around tastiness. Milk and a touch of agave make this into an incredible chai. The cardamom doesn’t stick out too much now and there is something caramel like in there that the agave is clinging to. Could that be cinammon perhaps? you know what, I don’t really care… this is too darned good to care!
Rating when made this way: 92

LOL so happy you are loving your tea time! :)

hehe thanks Azzrian! I’m excited because I had feared this tea to be a writeoff after my first cup!

I think so to! It’s my fix for every tea that I’m unsure about :P

Not surprisingly, I was skeptical of this before I tried it, because I have myself convinced that I don’t like rooibos. But the spices and the rooibos work so well together, that it elevates the rooibos to a whole other level. I taste the rooibos – I taste that nutty flavor of the rooibos, but it works because the spices also have an earthiness to them that seems to meld perfectly with the rooibos, enhancing the rooibos where it needs it, softening some of the flavor.

Such a perfect melody of flavors. I really like this so much more than I thought I would. Bravo, Frank!

This is another tea I nabbed during the grab bag sale. Not one I would have picked myself, but I don’t have any rooibos chais to my knowledge, so it can hopefully fill that void?!

For whatever reason, this one smells an awful lot like Cinnamon Roll Honeybush initially. So much so that by aroma, I mixed the cups up. The only thing that got me to put them in the right order was remembering that I steeped this one last, and used a smaller cup (that I had to wash) for it. So yes, the aroma is cinnamony and chai-like, but not a great deal different from CRH.

The flavour is definitely not of a cinnamon bun, and it does taste chai-y, but it’s not overly strong. No medicinal rooibos flavour though, which is a big plus, so as a caffeine-free chai, it works for me. I’ll try brewing it a bit stronger next time though.

Probably not a tea I’d pick up again, but it will be a nice addition to the evening tea rotation (since I need to get to sleep earlier, and cutting out late night caffeine is probably a good idea whether or not I feel like it makes a huge difference).

ETA: Second infusion good; more cinnamony, and a bit light. This is a good spiced tea, I must say. I wish I’d had it when I was with my aunt, because I think she’d like it, so I could just pawn it off on her…

This is seriously one awesome tea. I’ve been looking for a rooibos chai just like this for a while. Frank had to go and make exactly what I wanted. He must be psychic.

I’ve had a few times before I reviewed it just to make sure this isn’t a tea crush. I still love it just as much as when I first tried it. It’s spiced perfectly. The cardamom is strong with out over powering the cinnamon and clove. Love, love love this one!

I was so tempted to buy this just because of the Dune reference!

lol well I’ve seen the movie so I get some of it. I have yet to read the books though.

This is a really odd tea. I’m still not sure what to make of it… I tried it yesterday hot and it was (cleansing?)again it’s hard to describe so I’m trying it cold today (I like it better cold I think)ah heck I can’t figure it out :D we’ll call it spacey and be happy with it :D

This is not my favourite spicing for a rooibos chai, but it’s not terrible.

Just a quick tasting note… I got distracted by Diablo and drank all the tea before I could give it a proper rating. This is definitely one of the best kangaroo chai I’ve had. Very, very enjoyable. The cardamom is really more of a star than you get in most chai blends, which I think really took some of the edge of the woodsy-ness of the kangaroo flavor.

I got all smiley when I read kangaroo :D

Yeah.. Diablo III (I assume) will do that to you lol.

Yeah, Missy and I have been slowly working our way through it. Hit 60 last night, killed the big D on Hell difficulty just a few minutes ago. Great fun :)

Okay, I have to admit it. I’m a geek. Especially now that I work in a software company, the inner geek is making itself known. When I saw a tea based on Dune, I absolutely had to buy some immediately :)

Dry, it smells like a wonderfully spicy chai. Could I have possibly inadvertently found my perfect chai??

When brewed, the scent brings to mind hot apple cider without the apple. It tastes wonderfully spicy. Love the cardamom and cloves. I only put the barest teaspoon of sugar because I wanted to really enjoy the spiciness. I can imagine this as the taste of the melange. Or, as the book says: “Some hold that the spice produces a learned-flavor reaction. The body, learning a thing is good for it, interprets the flavor as pleasurable – slightly euphoric.”

This is definitely a pleasurable tea. I’d have to try it with hot milk to know if this is the chai I’ve been looking for. As it stands, I may just become addicted to Melange :)

Generously spiced, subtly sweet. It didn’t turn my eyes blue or allow me to navigate folded space, but it did afford a delicious and caffeine free afternoon iced tea. I had my doubts about having a spiced tea without sugar, but the spices came through nicely without any sweetener.