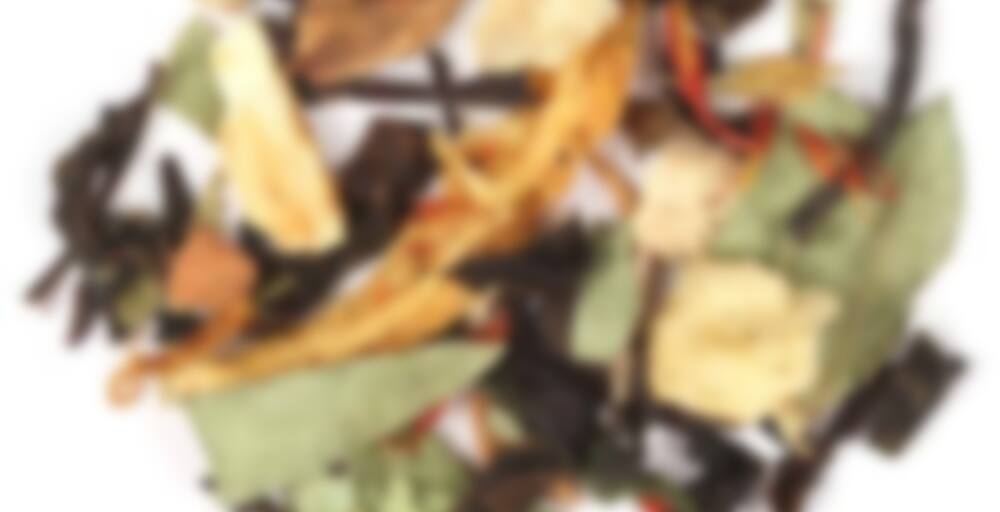 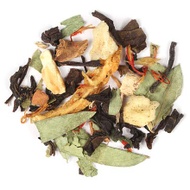 by Adagio Teas
80
You

Sometimes we all need a little help managing our indulgences. Traditional remedies include oolong, green, and yerba mate teas for energy and metabolism boost, along with senna leaf and dandelion root to keep your digestive tract moving smoothly. (Go easy though, or it may end up moving a little too smoothly.)

*Skinny Tea is recommended to be taken in conjunction with a healthy diet and regular exercise. For best results consume with an additional glass of water.

Please talk to a healthcare professional if you have any medical conditions or are taking any medication before drinking Skinny Tea. Herbal supplements should not replace a balanced diet. If symptoms persist consult your doctor/health care professional. This product may produce a laxative effect and consumption should not exceed once a day for more than two weeks at a time. If you are under the age of 18 please obtain parental consent prior to use

This tea was included in a sampler that I got for free from Adagio for ordering over 49 dollars. That being said, anything that says “Skinny” in the title has my interest (I’m attempting to lose weight), so here goes.
The smell in the bag smells very strongly of custard. I’m guessing that’s the “Natural Creme Brulee Flavor” that it contains. That sugary custard aroma smells lovely so lets see how it translates into the brew.
Western style as usual, 3Min, Boiling Water (Which is what it calls for despite there supposedly being both green and oolong in it.)
Smell while brewing is a mild buttered popcorn scent. It almost makes me wonder if the oolong they used is a milk oolong, but I doubt it. It smells nothing like the dry leaf, unless you make the connection that there is dairy in both custard and butter.

Taste is… actually really good. I’m getting the ginger and honey notes, along with a buttery flavor and some cinnamon. This is really hard to judge at my level of tasting experience. There’s just so many competing flavors I can’t pick them all out. It’s very tasty, don’t get me wrong, and I almost want to make a latte out of it to really bring out the natural sweetness. But that complexity is almost too much. Think “Jack of all trades, Master of none”. All those different ingredients lead to a cup with 101 flavors, but almost none really stick out. It’s the “Mutt” of tea. Still decently tasty though.

Note: It says to not overdo it on this tea or (to un-euphemism them) you may get the runs. I’m guessing that some of the herbs may cause that as this is technically a wellness tea. So I doubt I will resteep this. No clue how it is supposed to help you lose weight, but if it works, great. If not, it’s decently enough flavored that I will finish the sample but probably not buy more.

It’s the senna leaf in the blend that can cause that.

Oh boy, lol. The dry weight of senna in this blend is probably less than, say, Traditional Medicinals Smooth Move which is a purpoosful unclogger. Shanie will probably be ok. But yeah, senna will take shed some poo and water weight alright.