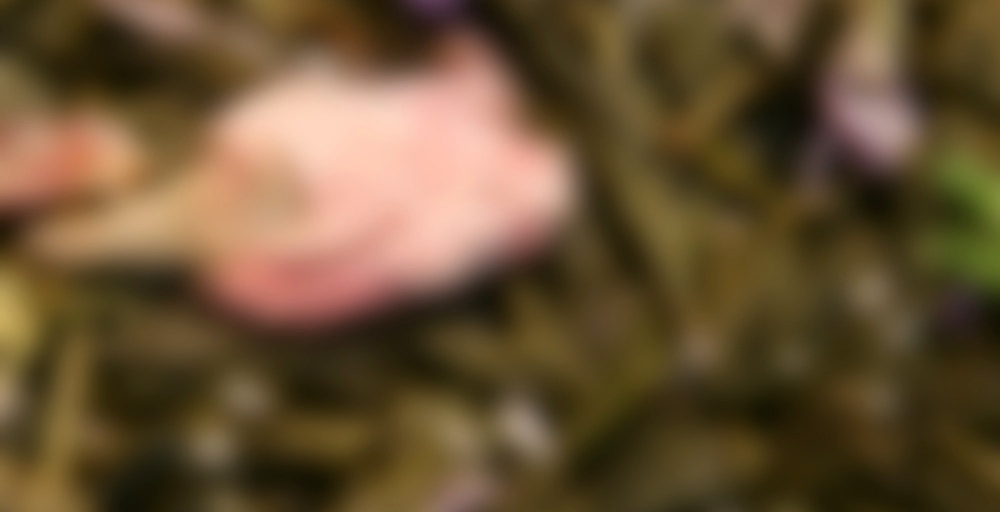 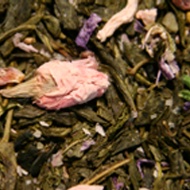 by American Tea Room
73
You

Our Kabuki green tea is as dramatic and colorful as its namesake. Small bright kabuse leaves, blossomy cherry tree flowers and vibrant violet blooms come together for a bold, flowery bouquet with a scent of cherry simple syrup. The brew is bright, clear, electric lime. It has a flowery aroma with a light, vegetal undertone. The flavor is smooth and sweet – the taste of cherry blossoms is heightened with flavors of violet and fresh-cut flower stems.

It’s highly flavored and yummy hot. Once it turns cold I find it a bit bitter. I don’t mind it cold but prefer this hot!

I wish I had read the Steepster reviews before buying this. The reviewers mention the sugar syrup or sugar whatever added to the tea. This isn’t mentioned on the website description at all. It just says sencha plus cherry blossoms and petals. What the tea really has is cherry marshmallows, like the kind of dried marshmallows in cereal like Lucky Charms. They dissolve completely in the brew. The website should have mentioned added sugar, instead it gives the impression of an herbal sencha blend, which this is NOT.

Leave it to my idiocy for not checking what my fellow Steepster people wrote. Actually it didn’t occur to me, I thought this was a new tea and wouldn’t be reviewed yet.

The tea smells like the cherry marshmallows but the cup fortunately doesn’t really translate the sickly sweet smell. The dry tea smells like a ton of flavoring and sweetener was added but maybe it comes down to controlling how many of the marshmallows you put in the pot, because the actual sencha appears to be just pure leaf.

I’ve had American Tea Room’s Sencha Ashikubo before, and for the price it is not too bad. This one tastes more vegetal in the cup than cherry or sweet. The sweetness might help with bitterness if oversteeped, but again it might change depending upon how many marshmallows you have in your brew. I could taste the spinach-y sencha and if I hadn’t smelled the bag or seen the marshmallows I wouldn’t have known from the taste that anything else was added. So that means I can stand to drink it and will likely finish the bag. I won’t buy it again, but I can at least recommend it as a pretty spring sencha that is mild and pleasant with no overpowering notes.

Cherry marshmallows… that’s odd. I tend to be disappointed when teas have sweeteners in them to have a taste appeal for drinkers.
I have some actual cherry blossoms from Japan that are used for tea if you’d like to try a petal in a cup of green one day.

We’re sorry that this tea is not to your liking. First off there is no sugar or added sugar in this blend. The description does not mention sencha at all but rather Kabuse – which is made from the tips of shade grown tea leaves. There is some natural cherry flavor added – but no sugar or a ton or anything. If you are not happy with this or any of your purchases we are happy to return or exchange this for something that might be more to your liking. I think you must be confusing this tea with something else as there are no marshmallows in this tea – those are actual cherry blossoms. We never state anywhere on our site that there is any sencha or that it is an herbal blend. It is made from Kabuse (shade grown tea leaves) cherry blossoms and some natural flavoring.

Kabuse is a name for a top grade sencha. It is sencha. Two other reviewers mentioned the added sweetener and one called it simple sugar syrup. Sugar is natural. I’m guessing the blossoms are coated in a simple syrup with cherry flavoring added. Marshmallows are simple sugar syrup, typically with vanilla flavoring.

Cwyn – Kabuse is not another name for a top grade sencha. It is partially grown in the shade and then the tips are plucked.There is no sugar at all and no simple syrup either – it may have a syrupy taste – but there is no added sugar or marshmallows and the cherry blossoms were not coated in sugar. Of course you are entitled to your tasting opinions – and we are happy to exchange this for you if you like – but we do want to make sure you have the correct information from the vendor. We are well aware of how this tea is created – and there is not one gram of sugar anywhere – or any sweetener of any kind added to any portion of the cherry blossoms or the tea. There are only three ingredients: Tea, Cherry Blossoms and Natural Flavoring.

The correct name is kabusencha, here is the Japanese かぶせ茶. This is an exceptional grade of sencha, which is a broad term for covered or shade tea. Sugar is considered a natural flavoring. I appreciate that you want the vendor information included, but I remind you that the vendor description is already in the database. This is a forum for tea drinkers to share their impressions. If I wanted a refund, or had a question, I would contact you directly. I am skeptical of wholesale descriptions. This is why we have tea forums for tea drinkers to share impressions.

Senchas are not grown in the shade – Only three Japanese tea types are Gyokuro, Kabuse and Tencha – cha is the word for tea – and Kabuse + cha is the word not Kabu + Sencha. the corect word is KabuSECHA – not KabuSENCHA – Sencha means small leaf Sen + Cha. I am only trying to educate you as I see you like tea – I have been in the business for nearly 15 years – and just want to make sure you have the correct information. We have no reason not to disclose any ingredients or give incorrect information on our website. Some websites do list Kabuse as a type of Sencha – but this is factually incorrect – Japanese Teas are divided only two ways – Light Grown and Shade Grown. Light Grown teas are Bancha, Sencha and Tamaryokucha – Shade Grown teas are Gyokuro, Kabuse and Tencha.

All sencha and yes your Kabuki (masked theatre indeed) are covered at some point prior to harvest. This varies literally by the grower. I can go purchase Kabusencha or kabusecha covered 3 days prior to harvest, 10 days prior to harvest, or covered for longer. At $15 an ounce, I’m not terribly likely to believe this is top grade, full shade grown tips, because if it were the tea would cost $60 an ounce and up and nobody would put marshmallows in it.

If the readers are interested, I suppose I can put up a YouTube video steeping the “cherry blossoms” so people can see them dissolve. But I doubt anyone really cares.

This doesn’t help… But, I’d watch the video :p

Says the guy who dug up Proust and steeped him. :D

Pros: Despite the ‘cherry simple syrup’ official description, I don’t get that, but instead a pure floral flavor that I prefer to fruitiness. Cons: What’s missing is the tea flavor. I’d rather have cherry blossom scented tea than caffeinated cherry blossom infusion.