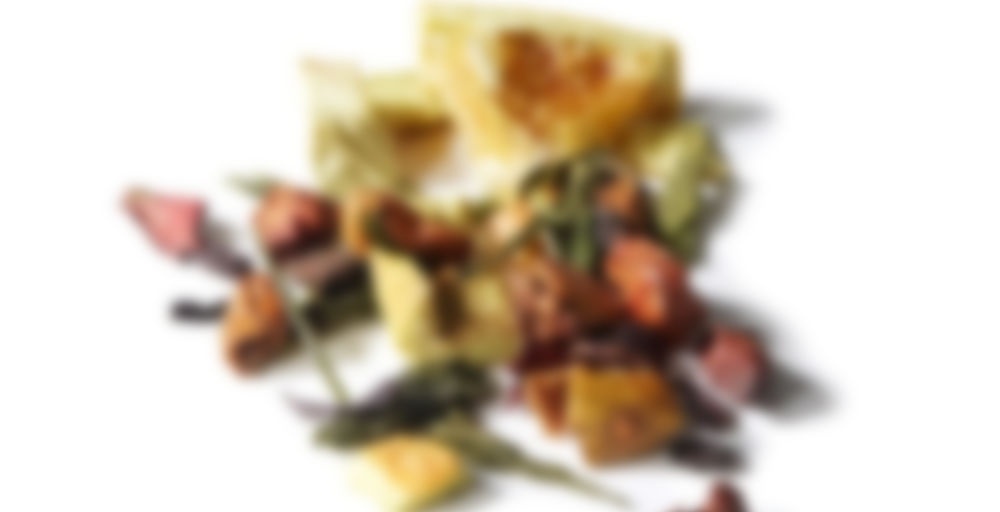 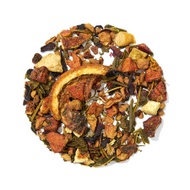 Flavours you’ll remember forever. From bright & clean citrus notes to distinctive blood orange, memory-friendly rosemary topped with a floral finish, this smooth L-theanine-rich green tea is all you need to feel instantly replenished and focused. Refreshing hot or iced, every sip is a memory in the making.

B is for… Blood Orange Boost!

No reviews except for Roswell Strange? Odd. This tea is notable because of one specific ingredient – rosemary. There is a LOT of rosemary in the blend. And I think this actually works really well here. The blood orange flavour is bright and realistic – no pithy bitterness or cleaner vibes, like can often happen – and the rosemary really complements it with background notes of spice(? I don’t know how to describe this). I would guess that the balance of rosemary/orange is very sensitive to infusion time, so keeping a low duration is probably important. There are a bunch of other ingredients here too, but none are particularly noticeable.

This tea is actually pretty good, and I see that Roswell Strange remarked that it’s fantastic iced. I seem to have 18g for some reason, so can probably sneak in an iced cup there if I remember. I believe it would be quite refreshing. It’s not a tea I’d regularly choose to drink, however, although I do find the profile interesting and worth a taste.

This collection feels like a lot, to be honest. Or it does to me, anyway. There’s five new teas, though one is online only and one is only in select stores – and the concept is a little bit all over the place. However, basically this is kind of like an extension of the Spring Wellness Collection but with emphasis on “resetting and recharging” and how that can mean different things to different people…

I’ll go more into it with the individual teas, but the overall idea is that to recharge some people need zen/peacefulness/calm/stress relief and some people need energy boosts/caffeine. I like to think of it kind of as the “Introvert/Extrovert” collection because, to me, that’s an easier and more concise way is describing the concept. So, if you’re following that line of thinking then this tea is sort of your middle ground for the collection. The “ambivert” if you will.

That’s because it has ingredients like rosemary, GABA green tea, and olive leaf which are all good for focus/memory and mental clarity, but it’s also a lower caffeine green tea. So, you (in theory) get a little bit of everything. I say in theory because we all know I’m not big on the wellness tea bandwagon – but I will say that if there’s a bucket of functional teas that I actually do find real legitimacy in that I incorporate into my own personal tea selections it’s teas that are very caffeinated/energizing and then also teas to help me sleep – so maybe this is a wellness collection that’s actually kind of for me?

Well, except for the fact I’m allergic to two of the teas in the collection. More on that in later tasting notes, though.

I think this is my favourite of the new teas – which is saying a lot since it’s a green tea. To be honest though, I probably still wont buy it for myself because I don’t love it (or any of the other teas) – though the taste of the green tea is very, very light. A win for me, a loss for others. Aside from that, the Blood Orange in this blend is really quite nice; very thick/dense and juicy with a coating sweetness and not too much acidity/tartness. Still has a little bit of tartness though; you need to have some. More on the sweet side, for sure, though! I can taste the stevia in the blend – but I think it works with the richness of the orange that was desired when crafting this tea, and it also helps to cover up some of the ingredients in the blend like the rosemary. I do, personally, wish I could taste the rosemary because I think it’s such a unique and interesting addition – but I also fully see why people might be weirded out by that flavour in a tea blend, especially when paired with something like orange.

So, you kind of have to decide what trade off you want to have: if you steep this lighter (less leaf or time) then you don’t get as much stevia but you can taste the rosemary more. A longer steep? More stevia/sweetness but not as much herbaceous flavour. It just matters which of those elements is better sounding to you.

Also – this is killer iced!