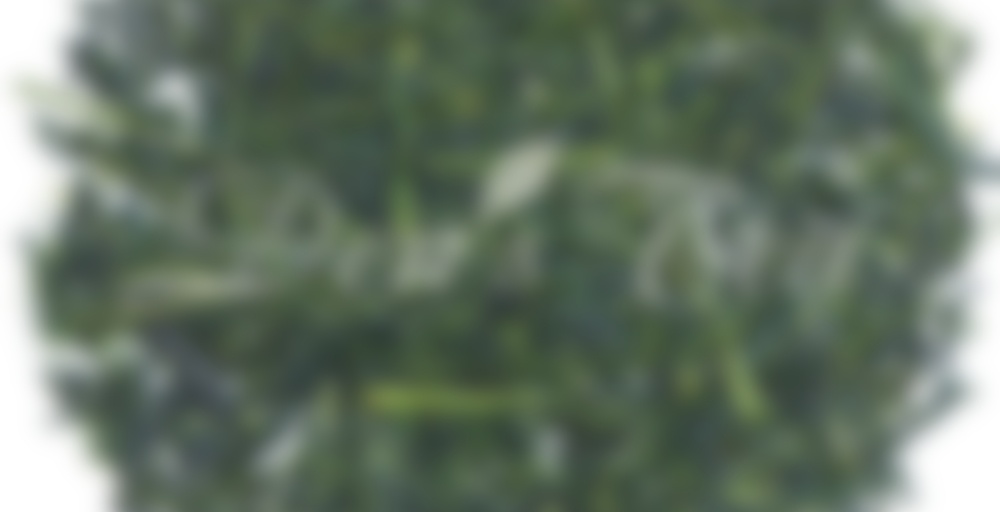 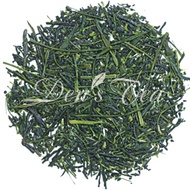 This is my sort of green tea! Gahhhh!! The smell is so juicily vegetal like Treasuregreen’s Emerald (Silver). I nearly died when I smelled the wet leaf post-infusion, because I definitely wasn’t expecting this, and it’s going to be a wonderful treat (I expect).

Ahhhhhhh, heavenly. I can’t pick out the flavours very well, it’s just so, so good. I think I could drink this sort of tea all the time and not get bored or sick of it. It’s refreshing and cleansing with a lovely aftertaste, but unlike the green oolongs that I like, it’s not quite so…. rich. I don’t know how to describe it. Looooove it.

I’ll have to see how this holds up to multiple infusions, and try it with shorter ones to see if I can get different flavours (e.g. Emerald (Silver) had a sweet, honey-like first infusion that was incredible and I didn’t know about until I tried 25-30s infusions!)

I’m finding it rather amusing that here I am, drinking caffeinated tea to the point of my stomach screaming ‘NO MORE!’, and I’m literally almost asleep typing this. Caffeine and I have an odd relationship.

(What’s the worst part? Knowing that even if I fall asleep right now, I am guaranteed to be up again in half an hour, then again a half hour later, and probably a third time before morning, because I have just consumed a silly amount of tea. Siiiigh.)

ETA: Second infusion, 20 sec at 185. Pretty tasty. Not that in-your-face vegetal taste anymore (it’s a little muted), but still lovely. I might infuse a little longer the next time to bring out a bit more. No astringency whatsoever though.

Third infusion, 45s at 185. Ok, getting an off-flavour here. A staleness, almost? Actually, it tastes kind of plasticky. Like how water tastes when it’s been sitting in a plastic waterbottle in the sun in your car for a day or two. Still no astringency or bitterness, but I’m not fond of this weird flavour. No ratings decrease, because they only recommend two infusions, and both were quite good. Perhaps I should have stuck with 15 seconds for this one. Maybe I’ll try that next time. There are still hints of tasty flavour, but they are overshadowed by plastic flavour.

Side note: I love that with their tasting kit, Den’s gives you a guide to the specific parameters for each individual tea. Unlike some companies who have just given general guidelines, I love how exact they are. No guesswork. Makes me confident about trying their teas without ruining them the first time!

LOL Kristaleyn you are too funny :P
btw I can’t recall the name of that Tsaa tea either! I think it had Butterfly in it…

Hahaha, I hear you on that one Krystaleyn!

K-That’s one reason I love Senchas! I can’t get bored or sick of a good Sencha. :))

Hahaha, I definitely fell asleep probably within minutes of posting this. :P

@Indigobloom – yeah, that’s all I could remember too. And then I was second guessing myself and wondering if it was dragonfly, hahaha.

@Scott – I definitely had a different impression of senchas, for some reason, and was not expecting this flavour from it (the other tea I like, I have no idea what type it is as they don’t specify). But yes, it’s not a flavour I’ll get sick of! (Good thing, since I have 100g of a similarly flavoured tea sitting in my fridge :D)

I’ve decided this is my favorite Japanese green, and I’m upping the rating to 100 because I think it’s perfect. I like it even better than the Shinchas I ordered from Den’s this spring (as good as those are). It has such an incredible sweet, yet savory, buttery, brothy, thick flavor. I’m sure I need to sample more green teas from other companies, but it would be hard to imagine how they could top this.

This is probably my favorite fukamushi sencha, or at least one of two.

You will probably like any sencha from Yame; so far I have, as the processing style seems to be really similar. If you want to try another Yamecha but want to explore another company, Thes du Japon has an excellent one.

This has aged a bit, but was still quite tasty. Yum.
I couldn’t really pick out any specific notes, but it was buttery and vegetal with a nice side of saltiness. One more cuppa left! maybe two.

Sipdown, 182. Thanks to Ellen for this sample!

Today I learned when it comes to Japanese green tea, follow the f#%king directions. This time I followed Den’s directions exactly. And this tea is delicious. Really quite amazing. Chestnutty, which is my favorite green tea note, and so sweet! I was amazed when I took the first sip. It is fairly green and grassy too, but those nutty, buttery sweet notes are amazing.

Second steep, also following their directions, is a little stronger, edging on astringent. Defintiely very spinachy. I preferred the first steep, but this one is still pretty tasty. But that first steep alone was worth the experience because it was so tasty. I haven’t played with Japanese green teas much before (part of why I requested the samples from Ellen), but with an introduction like this it’s definitely a fun new genre that I could see myself experimenting more with in the future.

This one’s definitely one of my favorite greens :)

Hmm…this tea is a looker that is for sure. It brews up so green! In fact, I think the second steep, the steep that was only 15 seconds, produced a darker color than the first steep of 45 seconds.

I thought I may have used too much leaf because I’m not sure how trustworthy my scale is for low numbers, but given the tasting profile on here I don’t think there’s a problem.

It’s like the green tea version of toasting spinach and nuts. It’s good but not something I would buy; I much prefer a lot more of a sweet flavor in green teas.

This is down-right awesome!

It tastes like a combo of fresh green peas, celery, and a clean green tea! It’s juicy-sweet and has a nutty aftertaste. It’s rich and brothy. It’s even a bit toasty…maybe toasted chestnuts!

And I just LOVE trying to SAY this one! YAY!

I just tried my first offering from Den’s tea and I was impressed. It looks like this sencha will be in my future.

I find the tea rather rich and thick with a somewhat gamey quality. Lots of spinach without much sweetness. Somewhat nutty. Very full-bodied and heavy-textured but mild flavours overall.

Love the stuff. Would definitely buy.

I love this tea. It has such a nice underlying toasted quality to it. As others have said, it isn’t a sweet-based sencha, but rather very heavy, strong umami and grassiness. It satisfies the same desire you have when you want a bowl of warm stew. No, it isn’t savory, but it has that same delicious, satisfying effect.

This is so wonderful. It has a delicious, savory taste to it. It isn’t as sweet as some Sencha teas can be, in stead, it has a lovely hint of sweetness, along with a distinct sour note that leans toward the savory. It is incredibly comforting. Like chicken soup.