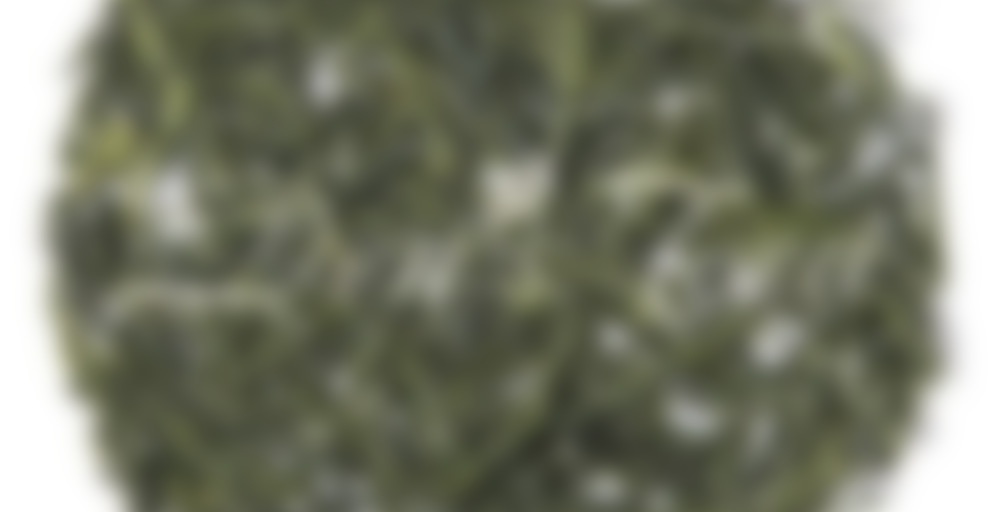 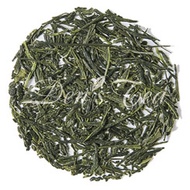 Premium Sencha grown at a high elevation in the prestigious tea region of Honyama.

Tasting Profile:
Yummy. Well-balanced between flavor and body with a natural sweetness.

this is gonna sound weird and just plain old wrong to a lot of people. but, ya know how some people just don’t like lapsang, or others maybe really can’t enjoy a dark puerh? well, i kinda suspect that maybe i don’t like senchas.
i’m almost embarrassed.
and i bet it means that one day, like a year from now, after more and more tea drinking and learning, i will suddenly become a sencha fanatic. but for now, mmmm…it’s not really my thing.
Thank you Shelley_Lorraine for teaching me new things and helping me challenge my preferences! always grateful to be challenged! always.

hey! you only write a few words and the most important one is spelled wrong? what’s the big idea? lol

Mmm… this stuff is addictive! It’s very tempting for me to brew a lot of this at a time, but I’ve been holding back and just doing 3 oz. cups because they turn out so well and force to me to cherish each sip.

This tea reminds me so vividly of the sea and salty waters. It’s the first thing I noticed. Surprisingly enough, the saltiness of it is a rather interesting aspect to the tea and not weird at all like you would imagine (no yucky salt water here). Like other reviewers have noted, it definitely does have a bitter aftertaste to it, but a little bitterness isn’t something that bothers me. I can get two very good infusions and somewhat weak third infusion out of it.

Love the depth of flavors in this unassuming tea — I have a packet in the freezer for when I run low on asamushi senchas. Brews two darn fine cups!

Trying a sample of this tea again, as it has been quite a long time since I last had it (again, the previous times were small samples). I think I enjoyed it a lot more this go around!

Sweet snap peas, soft veggy-quality, and a little less of the intensity of the sweet+bitter that Den’s Sencha Zuiko has (both come from the same tea farm).

Some people will certainly enjoy this one more than the Zuiko, especially if they favor a ‘softer’ sencha (less potential for intense sweet and bitter). It’s just a matter of personal preference.

very high 4/5, kinda tempted to make it 5/5 in that it’s the best still-affordable straight sencha I’ve had so far

Aw man, I hate having relatively pricey taste, ha. I like this sencha much, much, MUCH more than the previous, cheaper one I tried from Den’s. Smooth and sweet, no harsh bitterness here at all. Really lovely stuff. Probably the best straight (that is, unflavored) sencha I’ve tried so far.

Price aside, the major disparity between the two could have something to do with the surprisingly high brew temperature recommended for the other one (180F instead of 160F)…might mess around a bit with it to see if 160F makes it better. That said I think it’s unlikely the previous one will ever taste as good as this!

Den’s Tea recently had a discount on a bunch of his teas so I thought I’d give some a try.

This one tastes like a typical sencha, it is grassy with a hint of sweetness. It tastes pretty good, but I don’t taste anything very distinct about this particular tea.

I feel kind of bad saying this but I am disapppointed with this one. I had it several times and I find it bitter even though I followed Den’s teas brewing instructions. The second infusion has a lot of flavour left and more sweetness to it, but still has a bitter aftertaste. Weirdly, I find that this tea isn’t as sweet as I am used to with other senchas. It is one of their most expensive senchas and they say on their website that it’s supposed to have a natural sweetness, but sadly I can’t taste it. I prefer their Sencha Fuka-midori over this.

Tasted this one again as part of a tasting session from another forum.

It is quite a lovely tea.

Nom nom nom. I’m pretty sure that I could drink this tea for the rest of my life and be happy.

This tea reminds me of beaches and salt water and is more or less what I expect tea that comes from an island to taste like. Rich, vegetal green tea taste that is quite sweet, backed with a saltiness that reminds me of dried seaweed. The taste stays solid for three infusions and then starts to water down.

Shin-Ryoku is a Shincha or “new tea”/“first flush”, essentially the first harvest of sencha in Japan. If I remember correctly, its traditional to only consume Shincha within the first couple months of harvest, regardless of vacuum-sealed packaging and freezing. But, hey, it was a free sample, so I have no real grounds to complain.

I tried again with 4oz of water at 160f, maybe even high 150f’s by the time I put the leafs in, for 60 seconds. It came out a watery-pale yellow, compared to the more common gold-yellow seen in sencha, that I was worried I under-steeped it, perhaps I did, but I found it to be a smooth with natural sweet notes.

The suggestions for re-steeping on Den’s is not personalized. The FAQ area has some generic suggestions, and not specific to this tea, which recommended 15 seconds for Sencha’s. However this may not apply to Shin-Cha, due to quantity of leaf (for such small quantities of water, its common for most sencha to be only 1 teaspoon, not 1.5 like shincha).

Second steep, I “tried” 170f for 25seconds, and it had the taste I’m more familiar with in sencha, but I found the bitterness to sneaking in. I think the bitterness never left me, following subsequent steep attempts, always sitting on my palate. Re-steep at 185f for 3rd time, 60 seconds, the bitterness started to come in much stronger. By the fourth, 5mins boiling, and fifth 10mins boiling, it was more akin water, despite a strong colour persisting.

From my experience, this tea walks a very thin line between sweetness and astringency, that is ultimately decided on by the water temperature, sure this is common with all japanese tea’s, but in this case, the temps were almost gyokuro levels for me. If I had more of it, I would like to experiment with it further. I’m ultimately curious what would happen if I had kept the water temp low for the second steep. Or just as high, as my “guess”, but with only 15 seconds. Freshly harvested Shincha/Shin-ryoku may also affect the taste, but we’re going to have to wait another 3 months for that.