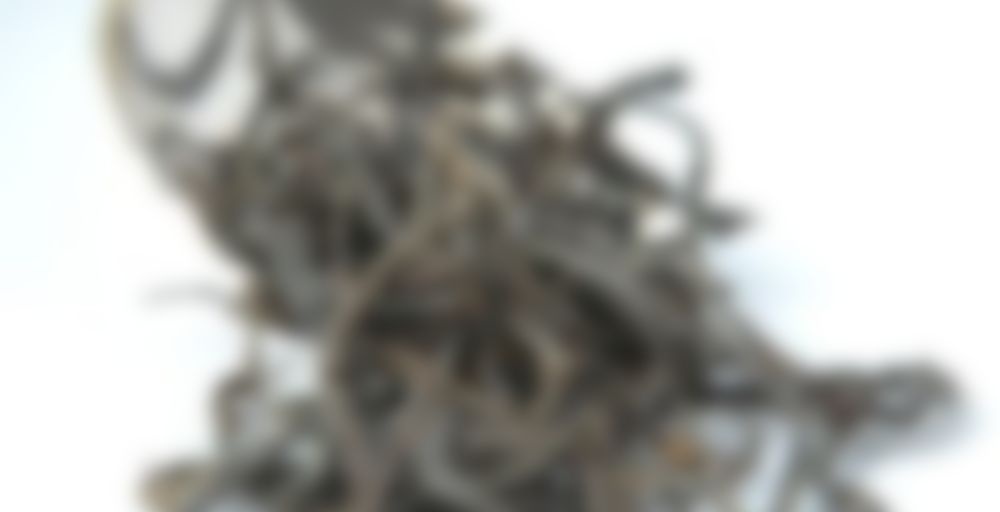 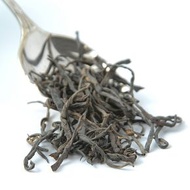 The production of our Bouteaque Blue Mist tea from India is unique and therefore top secret. The resulting cup has complex and competing flavours that pull together to produce a refined and distinguished tea unlike anything else we have tasted. Like a private members club in Mayfair or an invite to the Playboy Mansion to party with Hugh Hefner, this tea is uber-exclusive and uber-good. Strictly for the A-list fashionista.

This tea ALMOST reminds me of Dawn from The Simple Leaf – although it not quite as chocolate-y as Dawn. I found that reducing the brewing time to 2 minutes reduced the note of bitterness slightly. There is still a bitter note, but, it is not a “bad” bitterness.

There is also a sweetness – almost like honey – to it, and I think this is why the bitterness is a good thing, because without the bitter note, I think it would taste a little too sweet and it would overwhelm some of the savory notes in the cup.

A very delicious cup that is refreshing for the palate.

It’s on its way to you… you should probably get it either tomorrow or Saturday. :)

This one is smooth yet slightly bitter towards the end of the sip but in a good way. The aftertaste is a bit earthy but very nice!

Bouteaque Blue Mist is one of the tea’s that Erika prides herself on discovering. Her staff will go on and on about how many awards it has won, and granted finding a Nilgiri tea un-scented now a days is rather unique. However that being said Nilgiri’s aren’t really known for their distinctive flavours, the opposite, they were predominately used for bases of flavoured and scented teas.

For being a black, the first time i had this tea I was severely disappointed in it. Lowering the temperature did significantly help this tea, and did help to bring out some subtle flavours that had otherwise gone un-noticed.

Is it worth the price? probably not. Is it worth a try, most likely in the sense to try a tea that often times gets over looked.

*edit I just made the perfect pot, Bouteaque Blue Mist, why must you be so temperamental. (but oh the roses and flowers that were the essence of the tea!)