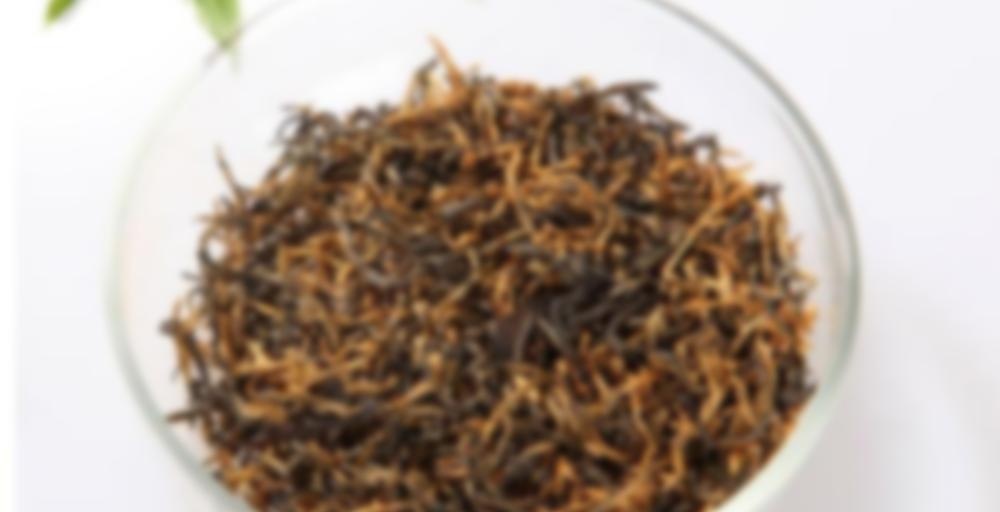 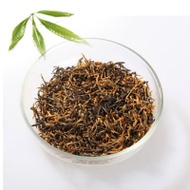 Description: The branch of the Yellow Mountain runs though the county, and the fertile red soil and mild climate with adequate rainfall and moderate sunshine make the tea trees very good quality. The shape of the Keemun Black Tea is tight and neat, and the needles are beautiful with a shinning black color (commonly known as “Glory” ). It has a mellow flavor. Keemun Black Tea is one of the Top 10 Famous Chinese Tea.

Taste: It tastes fresh and mellow with the flavor of honey fragrance, and the best-quality one even carries the everlasting orchid fragrance (commonly known as “QiMen fragrance” ). The liquor is bright red and the residue is also red. Drinking the tea alone is the best way to taste its fragrance, while adding some milk will still keep.

How to brew:
1. Containers selected: usually white porcelain tea set.
2. Tea and water consumption: 3-5g for a commonly-used cup, ie, the tea covers the bottom of the tea cup; for serving 3 or 4 people, 10-15g tea leaves are appropriate amount.
3. Water temperature and brewing time: best brewing for 3-5 minutes with hot water of about 90-100 ℃. In order to maintain the original flavor of tea, we suggest you’ d better draw the tea 7-8 times at most.

Wow, another good Keemun!
I’m really happy to have stumbled upon this company – both the teas I bought from them really exceeded my expectations.

Really pretty leaves with a preponderance of golden buds. I’d have trouble telling this apart from Silk Road’s Golden Monkey by just looking at it, but the leaves are a bit smaller here.
I’m on my second preparation of this today. First time ’round I used 4g per 125ml with steep times-temps: 1.5min-95C, 3min-90C, 4min-85C, 5min-85C, 5min-100C. Second round I used 2g per 125ml and drank from continuous infusions using 95C water and finishing at around 27 minutes first brew and 15 minutes second brew.

Dry fragrance is a bit like hay in a barn… a clean barn, but still – straw and hardwood. Wet aroma pops up with some tart apple smell and more resinous redwood. Liquor carries an apple and pear cider aroma mixed with toasted sesame seeds, flax seed, and whole wheat pasta. Tacky smelling and sort of carries a smell that reminds me of a cork board.

Flavor is a tad earthy and ever so slightly bitter, like a potato or pear carries bitterness. Balances nicely with the refreshing crisp qualities it has. Toasty, and certainly “Keemun-like” but it’s a mellow one. Soothing yet with a touch of spice. Cassia, nutmeg, and allspice. Aftertaste like the taste the air takes on around dry sand or river rocks – slight dusty tasting mineral quality I feel as a bit “spicier” than more clay- or gravel-like mineral tastes. Very pleasant, and adding dimension to this approachable tea. Aftertaste brings a bit of that flaxseed back from the front and ends on a brown rice note. A bit of dried fig/prune comes through at the end of a very long infusion. Flavor has a slow recession, but the aftertaste doesn’t linger very long at all. I usually prefer a very long lasting aftertaste and aroma, but this is the second red tea I’ve enjoyed greatly today that fades quickly.

Maybe not as complex as the Xian Zhen from TeaSpring, but every bit as enjoyable. Smoother, and with a little bit more body, though the flavor progression is a soothing flow in, then out with little trace. A huge plus for me is this is slightly less consistent between brews, developing from crisp and floral (orchid and honey notes mentioned in company description come through easily at first), to fruited and ripe, to toasty and salivating tannin, then richer wood before receding to bamboo, pecan and slight caramel accents in later infusions.