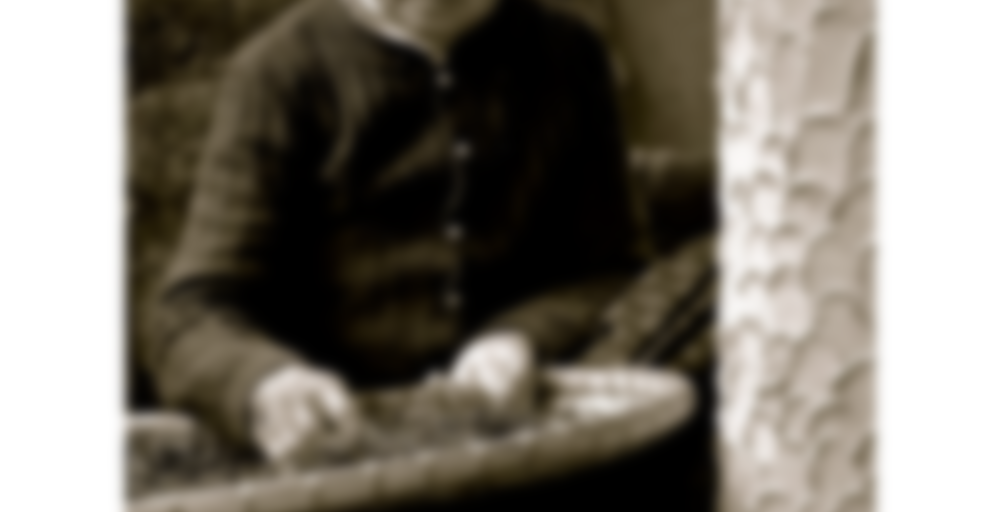 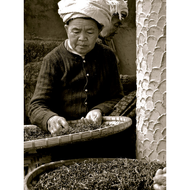 One of the mildest fermented ‘shou’ or black Puerhs that I have found, the Jing Mai fermented Puerh is a tea entirely known for subtleties rather than power. The entire Jing Mai region itself is an iconic part of Puerh history that has long been regarded as one of Yunnan’s ‘secret’ gardens of tea. Tucked into the ‘southwest’ of southwestern Yunnan, Jing Mai is home to one of the largest ancient tea forests on the planet. The region is just a couple of dozen kilometres northeast of the Burma border.

A melting pot of the dominant Dai people, it is also the traditional homeland of the Lahu, Hani, and Wa people who all harvest tea in the area. The Dai, traditionally masters of the ‘valleys’ rather than the mountains have been producing Puerhs in this region.

Generations of Dai – who have produced our own offering – have carefully harvested, sorted through, and exported their brilliant teas outwards. The actual species of tea is slightly different from many Puerh’s in that the leaf size is slightly smaller than most ‘classic’ Puerhs from further east in Xishuangbanna.

Like many of the hidden tea regions, elders play a huge role in both the production of tea, and in my documentation of tea’s uses and roles in people’s lives. Women play a great role in the production and selling of teas, and it is often the case that grandmothers will sit sorting out tea leaves on the ground floor, chatting as they do.

Our Jing Mai fermented (or ‘cooked’ as sometimes the black Puerhs are referred to as) is an autumn 2011 harvest, so the tea has had time to become even smoother with time. It has been harvested between 1500-1700 metres.

This is a tea that is ideal on an empty stomach, where both the nature of the leaves and the slight ageing mellows the tea. Many in China take a few cups of this tea first thing in the morning, believing it to clean the system. It is also a great digestive tea after a heavy meal of oils or meat. Because of its ageing and its process, the actual caffeine content of the tea is significantly lower than many teas.

I spend a few days in Jing Mai in both Spring during harvesting and in the autumn and always circulates between four households that I have come to be close to.

Enjoy this super smooth tea anytime on an empty stomach, before sleep, or as a light stimulant in the mid-day.

I’m in my second drinkable steep. Made it in gaiwan with a 15s wash, followed by 20s steeps so far. The scent was a little earthy but also a scent of sweetness. The taste is similar to the scent. Smooth but also bright. Even though it’s supposed to be a lower caffeine content I definitely feel a stimulating effect. I don’t taste all the complexity the previous reviewer mentioned. At least not yet.

Oh my this is super tasty!!!
Sample is courtesy of Jalam Teas and Jeff Fuchs – thank you!
I gave this one a five second rinse and I think it was a good idea. Washed away some dust. Not that there was much.
The TEA! There are fresh mineral notes, stone fruit, molasses and honey, with something bakey hiding in the aftertaste. And something that reminds me of wood. Did you ever get a mouth full of wood chips while horsing around as a kid? That is precisely what it reminds me of, but without the dust, and in a most positive way. Only the first steep so far, and I’m quite looking forward to the next one!
I love the consistency. Rich, like a typical fermented Puerh, but still refreshing.

EDIT: Oh my goodness. Rating bump!! Second steep, I accidentally left it brewing for maybe five min. I forgot to set the timer!
Anyhow, I figured it’d be ok, being that puerh is difficult to oversteep… and I was right! This is amazing. Creamy, sort of like a jin jun mei, and oh so smooth, with a slight burn afterwards, almost as if its been spiked with whiskey. The flavour reminds me of super smooth coffee when its hot, and then the cedar chip, and other standard puerh notes emerge.

It is!!! I’ve been meaning to join one day as a splurge, but then I’ll end up with half a dozen barely sampled cakes LOL. I guess they can age awhile heh

Oooh yay!! Can’t wait to read all your notes :D

I also ordered samples of some of the previous offerings.
You know me, no self-control.

Ahhh I am so jelly. Did you get this one as well? I have some left if you wanna try it!

(for some reason I thought I’d finished it, but that was the other tea I had today lol)

Indigo, I did order a sample of this one too.
Sarah, I know…sigh…

That just gives me more tea to share with you, LOL!