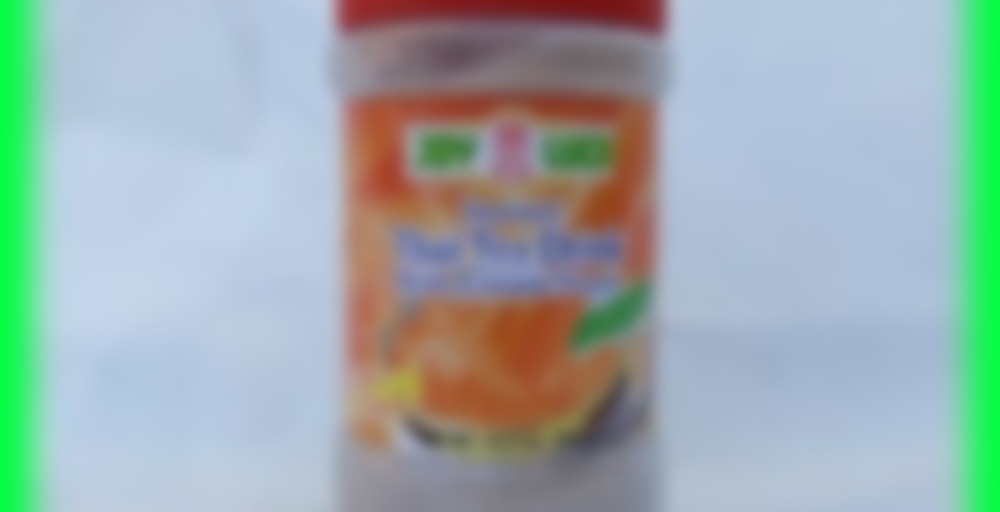 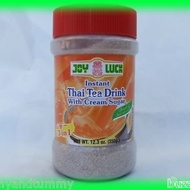 Today, I discovered a nearby Oriental market that was literally a mile from my house. I wanted to cry when I went in, because I could have been buying my spicy ramen, wasabi, frozen dumplings, and tea there the entire year since I moved here.

Anyway, since I walked there, I was limited in what I could carry… and I wasn’t leaving without a case of Shin Bowl. But I made sure to get some Thai tea. I have a pitcher cooling in the fridge as I write this. No steeping involved, just mixing it with hot water.

It smelled heavenly when I opened the container. Like creamy, soft vanilla. I found that the ratio on the label made it rather weak, so I nearly doubled it. For 5 cups of water, I used 21 teaspoons of mix. Don’t judge me! It’s pretty good this way. Still not as strong as the Thai tea we make where I work, but it’s close. And it’s good for how convenient it is to make. No sticky, sweetened condensed milk to deal with.

There is a sort of powdered milk taste that I’m not liking about it, though. It’s mostly in the aftertaste, but it reminds me of the center of a Whopper. (The chocolate-covered malt candy, not the burger.)