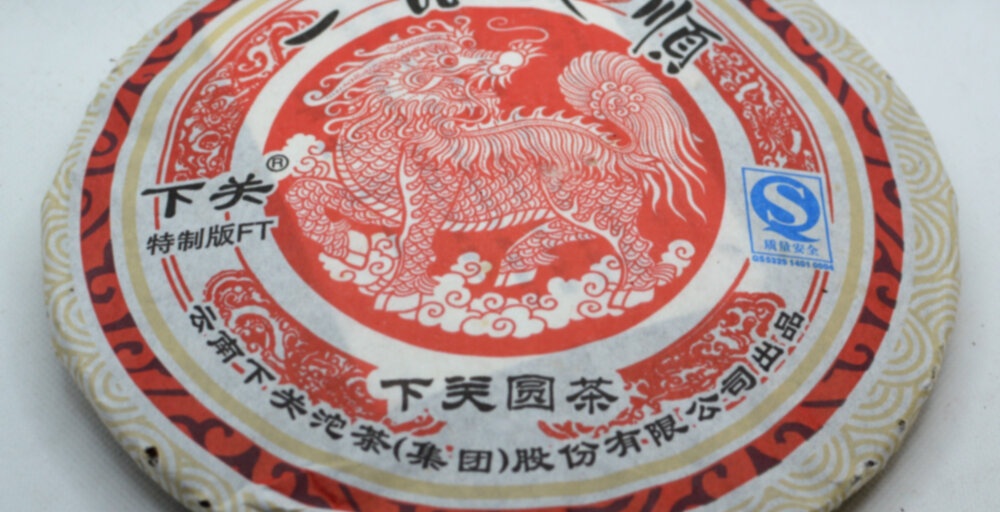 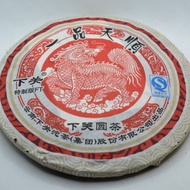 by Liquid Proust Teas
--
You

*Either pressed the wrong key when listing or something, this is the 天順 which is Tianshun.
Keeping listing as TIanshan because it’s connected to so many links and stuff already ___

dry leaves just have something of a dried fruit smell

3s: faded smoke and more fruity. light mushroom and slight vegetal initially that turns into a strong fruity note. Light aftertaste on tongue and in mouth.

10s: sharper bitter and medicinal note that turns into a refreshingly sweet aftertaste. Also a hint of something lightly vegetal in aftertaste

15s: similar to before, but less sharp upfront.

put into thermos (had to run off to other stuff, not necessarily bc this was a bad tea) and brewed overnight: a nicely shifting mix of strong florals, some smoky, light astringency/bitterness, and something in the background adding a soft, honey like sweetness. Overall very pleasant, and very different from the standard sweet, grainy taste of most thermos’d aged shengs.

LP is out of stock on the cake for this now, but I don’t know if I would’ve bought a full cake if it was still available, and this is even considering the very reasonable price point of this when it was listed. I’ve tried too many samples at this point, and they’re all starting to blend together in my memory (tbf, exploration of aged factory shengs a la 7542s and the like largely seems to target the same profile, taste-wise), so much so that I’m not sure what I’m really looking for anymore.

On water: I have finally noticed that my water here at college is affecting my notes to a large degree, at least with respect to mouthfeel. I’ve ignored it for a while, since there was one time I brewed something that it did turn noticeably thick, so I thought it was just the teas themselves. I realized going back and reviewing my note on that tea specifically that I was using Poland Spring bottled water at that time. All this is to say that I suppose any of my school year notes shouldn’t always be taken face-value for description on mouthfeel and body, because I’ve definitely complained about thinness in many of the teas I’ve tried over the course of the school year, and that’s likely due in large part to the local water, which is not as hard as my water at home to begin with, and which I filter again with the Brita. Unfortunately, most of the teas I’ve reviewed are teas I’ve ordered samplers of, and not all of which I necessarily would willingly repurchase, from a standpoint of price vs. subjective determination of value (especially given how much I’ve overstepped whatever semblance of a budget I had painstakingly crafted…), so I don’t plan on going back and rewriting reviews. Come summer (and more spare time), I hope to mess around with different waters and note any observations and deviations then. Thanks for reading!