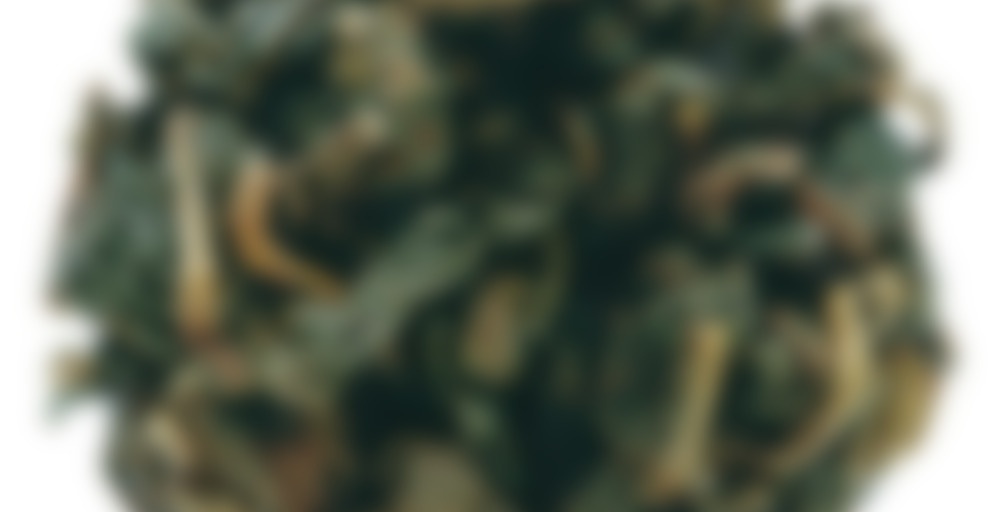 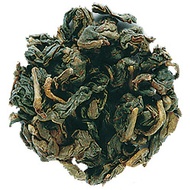 The most popular oolong tea in Japan, produced in the south Fujiang province. With tightly twisted leaves of deep green and an intense sweet aroma, this tea is characterised by a full-bodied, yet refreshing flavour.

In an effort to stay away from a) green teas, b) flavoured teas and most especially c) fruit-flavoured green teas, I ended up drinking this one tonight – and hallelujah, I’ve finally ended up with a tea that I really wanted to keep drinking.

The last Ti Kuan Yin I had was looked greener and tasted grassier than this, but that’s really not a criticism, just an observation. These leaves produce a golden liquor with that distinctive strong smoky taste, which leaves the barest hint of astringency on the tongue. As Ti Kuan Yins go, this is a good one.

This is my favourite type of oolong, ever. I always get happy when I see someone else having liked it. :)

Walking around in Century City mall, I noticed a small tea shop with a somewhat familiar name. I had visited Lupicia’s website before but I had no idea they had a retail store. I was pretty excited to browse in a mall teashop other than Teavana and quickly looked at their samples (which they have beautifully displayed in small round tins with small samples for you to smell or look at). I quickly looked for their Ti Kuan Yin and upon finding it, I was surprised that the version they offered was what I assume a medium roasted Ti Kuan Yin (I say assume, since in their description it just says the name of the tea and place of origin). I bought their prepackaged foil bag containing 1.76 oz of tea.

This would be my second roasted Ti Kuan Yin I’ve had, the other being from Halcyon Tea. I opened the bag and I could instantly smell an intense sweet toasty aroma, very pleasing. You could tell this tea had been roasted, but unlike most roasted teas with a darker brown, this one was definitely greener in color.

I prepared this tea using a gaiwan and following the instructions of using near-boiling water and 45 seconds to 1 minute steep time. The suggested guidelines on the bag were pretty detailed and even gave the approximate amount of cups you’ll be able to brew with one teaspoon (4-5).

My first brew gave me a light brown cup with a subtle sweet floral aroma. The tea itself was honey-like sweet, slightly creamy, and a little toasty with some floral undertones. My second cup, perhaps my favorite, had a fainter toasty taste with a nice sweetness and a surprising intense fresh aftertaste. The third cup had a fainter aroma, remained sweet and fresh, no toasty hint, and with floral notes a bit more pronounced, but with the aftertaste not as intense. In The fourth cup, most of the flavors remained there but fainter. Aroma was almost gone and the aftertaste was just a small hint. By the fifth cup, there was no aroma, tea began to have a slightly green hint in flavor, and most other flavors just became hints of what they had been. The tea remained slightly creamy to the end though. Instead of re-brewing this tea to the 7th steep as I usually do for my Ti Kuan Yin’s I decided to end it in the 5th, as you could tell flavor was fading starting from the 4th cup.

The wet leaf was mostly well preserved, with extremely large leaves , some broken pieces and few stems. The leaves had a nice earthy green color, like leaves of an old tree.

Since this is just my second “roasted” Ti Kuan Yin, I still don’t know exactly what to expect from them. So far the two samples I’ve had have been delicious and very different experiences. I enjoyed this tea a lot, especially since the taste was a nice middle ground between green and longer roasted oolongs. I could still taste the floral notes and have that delicious sweetness most roasted oolongs have. The fresh aftertaste really surprised me and I enjoyed it quite a lot. It was something I wasn’t expecting from this kind of oolong. Overall, I liked this version of Ti Kuan Yin a lot, nice and toasty with a nice subtle complexity.

It has been long since I have had any decent oolong tea apart from the bottled Suntory one. Oolong tea is quite popular in Japan, but still I feel that while a lot of shops label oolong teas correctly as “oolong tea”, they are usually only referring to darker and more roasted oolong teas in bottles or tea bags. It seems that it is enjoyed more for its health benefits rather than the taste itself. Not surprisingly, I have therefore seldom encountered any real loose leaf variations except when visiting professional tea shops.

Back in Norway I used to drink a lot of oolong tea, but these were usually more lightly oxidized green and fruity ones, so a meeting with the more baked and flowery Tie Guan Yin was certainly something else!
When brewing this, I used a small gaiwan with about 1 dl boiling water, steeping 5g of tea for about 45 seconds, just according to Lupicia’s instructions, and used the same leaves for about 5 times.

The first cup had a strong baked taste to it, and I wondered if I really had steeped it the right way. No bad astringency however, so I figured the first cup would be like this and that the taste would be more rich at the second and third serving. And indeed it turned out that way. As the baked taste became weaker in the second cup, a more nutty taste became more present, and was mixed with a more floral taste in the third cup. The fourth cup was also okay, but I do not think it is necessary to step it five times as I felt it became a bit too weak in the end.

Although the reunion with this good Tie Guan Yin was a warm and delicious one, I will still keep my focus on Japanese teas as much as possible while I am in Japan. Lately, I have been looking up different tea ware that could be more suitable to brew different kinds of Japanese tea in. Hopefully, I will be able to acquire something like that also in the not to distant future.

Brewed: Western Style
1st infusion: 2minutes @ 208F. A medium gold color with a sweet aroma tinged with grape/muscat. It has a sweet taste of grape with a mild astringency.

2nd infusion: 2.20 @ 208. A light yellow color. It smells of smoke with a more muted scent of grape. When tasting, it starts off smokey followed by grape with a slight mineral finish.

I’m very surprised at the very different taste this tea has between gongfu and Western Style Brewing. It’s not even the same tea. I need to test this out more and will update this review as I go forward.

A beautiful Oolong! The instructions on my tea bag said to steep for 1.5 – 2 minutes in 110 ml of boiling water. The flavor was lightly roasted with a floral undertone. The astringency was also mild, making this quite enjoyable.

Ah Tikuanyin, you most mysterious temptress. Sometimes you toast lightly with the most interesting slightly woodsy notes and other times you are more like your green brethren with grassy flavors abundant. But this time darling you seem to be somewhere in the middle. A bit of wood, a bit of earth, a tad of hay,

I finished this awhile ago at work. Decent work tea. It’s of the newer style – very green. Fine for what it was, but not a repurchase.

My Hannukah countdown sipdown might be more effective if I were actually, you know, counting. I may not have immediately grasped the heart of the whole advent concept…

According to Steepster, this is my 6th sipdown of the month. It’s now Dec. 10. So I just need to get 4 more sipdowns in to catch up. Eep.

Admittedly, I always brewed this at work in less than ideal conditions so I can’t speak to its potential. My experience of it was decidedly adequate. It’s good but fairly generic. Roasty aroma, roasty flavor, amber brew. Three solid steeps – four if you overleaf a bit.

Another one from TheLastDodo’s sale. Thanks! The leaves of this oolong are of the darker roasted variety, so when I opened the packaged I was a little worried they wouldn’t be my thing. It’s a decent roasted oolong but when I drink a roasted oolong I only notice the charcoal flavor and no other layers, even if the charcoal note itself is faint, as it is here. It becomes the only flavor though. I know fans of this type get much more out of roasted oolongs than I do. At times with the first steep, there were also hints of peach but not enough to make me love this one to get through the roastiness. Just not my thing!
Steep #1 // 1 1/2 tsp // few min after boiling // 1 minute steep
Steep #2 // few min a.b. // 2 min steep

3rd from the Lupicia Happy Bag.

For some reason upon the 1st taste of this tea, it reminded me of Genmaicha, and so now I can’t get that out of my head. Not that that makes it a bad cup…it’s just that I mostlikely wouldn’t get this again.

I am a bit sad because I’ve yet to have a tea from Lupicia that yells at me to grab more of right away. Oh well, the way it goes I’m afraid.