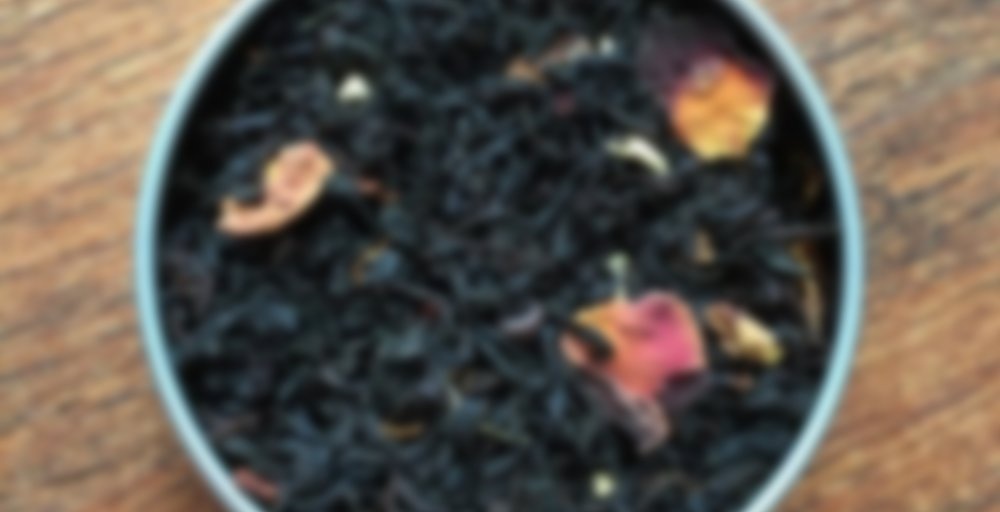 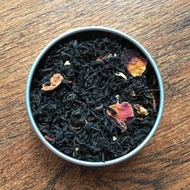 by Malfoy Tea Emporium
74
You

“Red hair… and a hand-me-down robe… you must be a Weasley.”

Contains a high level of caffeine.

Sampler Sipdown September! I don’t exactly hide I’m a bonified geek (I love going to fandom conventions whenever I can!) so for me, September (the start of the new Hogwarts school year) is the perfect time for a House Cup… OF TEA! So I’m going to go through my Harry Potter themed samplers and see which one comes out on top!

Most of these teas came from Malfoy Tea Emporium on Etsy, a small batch original tea blender. One I had to get from Adagio, because Malfoy Tea Emporium didn’t have a tea I could use for Hufflepuff (poor Hufflepuff!) This first tea is Weasley, representing House Gryffindor. This is a chocolate-cherry black tea, and the aroma of the dry leaf was quite nice, like chocolate-covered cherries with some notes of sweet rose.

The tea steeped a bright red color, and I have to say that at least the striking color deserves a bonus House Point. The taste on the other hand… leaves much to be desired. It’s rather light-bodied and naturally sweet, with very strong cherry notes. They aren’t particularly medicinal, but they are strong enough that the tea doesn’t really have much of a chocolately flavor and I can’t really make out any of the spices present in the blend. There are only very subtle hints of cinnamon and ginger that linger on the tongue after you’ve taken a sip.

For a really flavorful cup, a double teaspoon produced a very red brew! The black tea base was heavier and more flavorful, but unfortunately was also a bit more bitter/astringent as well. The cherry tones were still quite flavorful, but some of the overbearing sweetness was toned down a bit by the brew being a bit more hearty. The spiciness in the finish also lingered longer. I had very little tea in the sampler, so I was only able to make one cup using a double teaspoon of leaf, which, with just a dash of honey, I think improved the tea quite a bit.

As much as I love chocolate-covered cherries, the flavor of this tea didn’t impress me too much. The chocolate notes made the brew a bit lighter-bodied and sweeter but not particularly chocolately to me, and while it was definitely a nicer cherry flavor than I’ve seen with a lot of teas and I would definitely recommend to folks looking for a good cherry-flavored tea that doesn’t feel like drinking a bottle of cough syrup, it just didn’t strike me as the sort of thing I could imagine myself drinking to cozy up by the fireplace in the Gryffindor common room. The finish also left me wanting, as the spices that are apparently in this blend are all but impossible to taste. I found the tea a bit more palatable using double leaf, but I don’t particularly think a tea should need to use extra leaf to really enjoy it, and even then it came out just a bit stronger than I typically like. Somewhere between the two extremes would’ve been my preference. Out of five points for flavor, I’m scoring this one a two.

As far as House virtues, I’d say that first cup honestly displayed none of them. Being a black tea, I would’ve expected a much heavier brew for a House characterized by bravery, daring, nerve, and chivalry; a hearty tea that takes a bit of grit to drink, not something so light, sweet, and… well… dainty. I mean, it would’ve been fine as an accompaniment with some cherry cheesecake at an Afternoon Tea…

But the cup made with the double leaf was an entirely different experience. It was strong and had a bit of a bite. My tongue tingled a bit with just a bit of a spicy and tart aftertaste that reminded me of the House element, fire. There was still a bit of cherry-flavored sweetness, but overall the tea was far more hearty, the black tea flavor more defined, and I found myself having to add a bit of sweetener to the cup to round it out a bit. This cup of tea was far more bold than what I had tasted previously, and changed my impression a lot!

On a scale of 0-5, I’m awarding 4 points to Gryffindor in this category. The loss of one point is due to needing a double batch of leaf in order to achieve this result!

And how much does the Weasley tea remind me of its namesake? Perfectly, actually! That first cup was so warm and sweet, and even though the flavor profile of the tea just didn’t quite mesh with me, I couldn’t help but find the tea comforting in its own awkward way. Ron is so warm and friendly I can see why a tea trying to mimick chocolately cocoa, but that brews the color of that cherry-red hair, might be exactly what the tea blender was going for!

But not only is the tea warm and sweet with a somewhat awkward flavor profile, that second brewing with double leaf produced a much stronger, bolder cup… it was much like seeing how the character progressed over the series, his sweet side and his darker side. The Weasley tea, in my opinion, does a good job representing the character! On a scale of 0-5 points, I give Gryffindor 5 points in this category!

I also had members of the staff at the library where I work participate in a blind taste test of these four teas, which were simply labled as Hearts, Clubs, Spades, and Diamonds (they are librarians and thus Harry Potter geeks, so I didn’t want their own House biases to impact their rankings of the flavors!) They were instructed to sample each tea and simply rate them from 0-5 based on their personal preferences of the flavor. So how did this one do in the taste test? The participants rated the Weasley tea with scores of 3, 3, 1, and 4, for a total of 11 House points!

Participants were also asked to guess which tea belonged to which House, after sampling all four teas. If any participants managed to guess a House correctly, that House would score bonus points! Two participants guessed the Weasley tea correctly, so that’s 5 bonus points for each correct guess! One participant who ended up guessing this tea (and only this tea) correctly remarked, “Those Gryffindors, they’ll always find a way to sneak in a few bonus points!” Hahaha, indeed!

Here is the score:

This may be one of the longest reviews I’ve read on Steepster. It was VERY enjoyable to read though. That’s so fun that you did a taste test as well.

Yes, all my coworkers are hardcore coffee drinkers that won’t come near my teas no matter how much I offer… but when I said I was doing a “Harry Potter themed taste test” suddenly I had willing volunteers. :-P Just got to market to the book geeks in the right way to get that tea down their throats, heh.