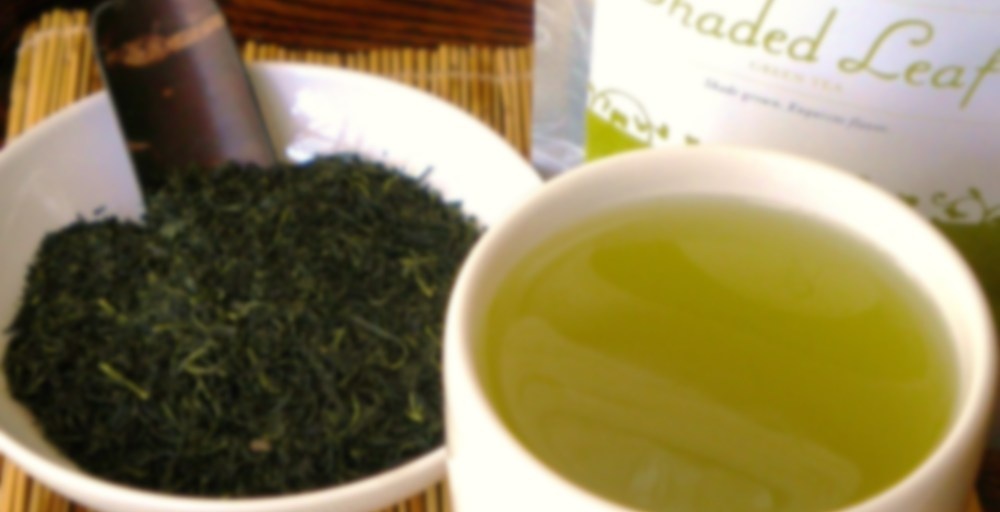 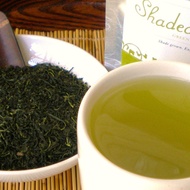 by Mellow Monk
88
You

This is a truly exquisite green tea that will please the most discerning of palates.

Shaded Leaf™ is our most premium green tea — a kabuse-cha (literally “covered tea”). About 21 days before harvest, the tea plants are shaded with a woven covering that blocks out about 90% of sunlight. This stimulates the plants to produce extra catechins — including superhealthy EGCG — resulting in a smooth, full flavor, with less astringency than other senchas.

After having had Top Leaf, someone suggested I try this one. I’m glad I did. This tea is fantastic. It’s predominately grassy and seaweedy, it’s brothy, and has that wonderful umami taste. Yum! I’ve been drinking this almost every morning for about two weeks now. I can also get it to resteep very well at least four times before the flavor starts to diminish. I love this tea so much, my only gripe is that it’s not all that cheap for the amount you get, but I do love it, and I do like their eco practices.

It is lovely. I’ve been drinking it almost every day and I ran out of the 50g fairly quick. I plan on getting 100g some time in the near future.

I think I may have used too much leaf for this cuppa – what seemed like an ordinary-sized scoop when dry expanded into what looked like twice the proper amount when I added the water. There’s a distinctly bitter bite in each sip that doesn’t sound anything like the ‘sweet, buttery’ flavour other people have been talking about in their reviews.

The resteep @ 45 seconds is not bitter but it’s a little bit weak and watery.

Meh, I’ll have to try this again before I actually rate it.

Been waking up to this tea and Mellow Monk’s Top Leaf for the past week or so. Fine teas to wake up with! The Shaded Leaf definitely stands out as my favorite of the two, but I’ve enjoyed them both. Just finished a first steeping of Shaded Leaf, and am now beginning a second. For a Japanese tea, this is quite good! Creamy, smooth, beautiful, and yes, I do believe that Mellow Monk is justified in describing this tea as exquisite. From color and aroma, to the flavor, mouth-feel and aftertaste, it is thoroughly that.

I’ve been steeping it at the low heat suggested, but for much less time than what is outlined in Mellow Monk’s guidelines. The description on Steepster recommends a 3 minute brew time, which I find a bit shocking. As it happens, the recommendation on Mellow Monk’s website lists a 2 minute brew time for this tea. For my part, I’ve been brewing it for about 45 seconds to 1 minute each time, and I am more than happy with the results from that. At 2 or 3 minutes, I think I’d have to take this tea with some sugar, which isn’t necessarily out of step with Japanese tea drinking norms, but I’ve practically abandoned sweetening teas since I started drinking Gongfu style.

A small sample of Shaded Leaf (enough to make about 5 cups) was given to me by a friend, and using the last of it in this present cup I’m sad that I probably won’t have any more for a while. The price on this one is more than I want to pay right now. I believe it’s worth it, but if I bought a green like this one I would want to drink it every morning, or at least quite frequently. And the thing is, this tea is too refined and cost-prohibitive for me to drink that way. Alternatively, if I purchased a 100g pack for special occasional use, I worry that some of it might go stale from neglect before I got around to using it all, or that it might turn green with jealousy as I give abundant attention to so many of the other great teas in my cupboard. It would be a shame to offend a tea like this. So for the time being, I don’t think Shaded Leaf would fit well with my drinking habits or budget, but I’ll be sure to remember this one when I’m feeling an unambiguous kick for Japanese green tea.

The taste is certainly of the green tea variety but is almost smooth…and buttery. Ya-Know-What? I think I like this! LOL

I don’t think it would be very good cold…but I am liking it hot.

hmmm, i like lima beans, this might be worth a try! it’s always nice to be pleasantly surprised :)

Lima Beans and I go WAY BACK! LOL
:P
I LOVE me some Lima Beans!

This is a first-rate fuka: clear and clean in the cup, crisp and fresh on the tongue. It has the usual taste elements of a good-quality fuka as well. Excellent, but pricey.

As always, I love Mellow Monk. This tea is delicious! It has a stronger, more refined flavor than the Top Leaf. It’s more vegetal, and has mild berry notes, which I love. It’s buttery, and has a creamy texture. The color is a beautiful, and deep shade of green. I would definately order more of it, and keep it for those special times.

::Edit:: I just decided to try this in my gaiwan, instead of my kyusu, and wow! If I’d known that tea could taste this good, I would’ve been living off the stuff! I had to bump the rating up, and edit the preparation details. This is a truely special cup of tea.

Mellow Monk’s is a really great company, they are very attentive and are now giving part of their profits to help those in need for Japan. This is an after lunch tea for me. I make it a little on the strong side and it is buttery and almost syrupy. I steep it for 2 min. 30 seconds in about 170 degree temp. After I steep it I pour it in a travel cup and keep it on my desk and sip it. I would say it has a lilting flavor, nice clean veggie aroma and a sweetness that makes me pick my head up and enjoy.

Somewhat expensive, not something I could afford to drink daily.